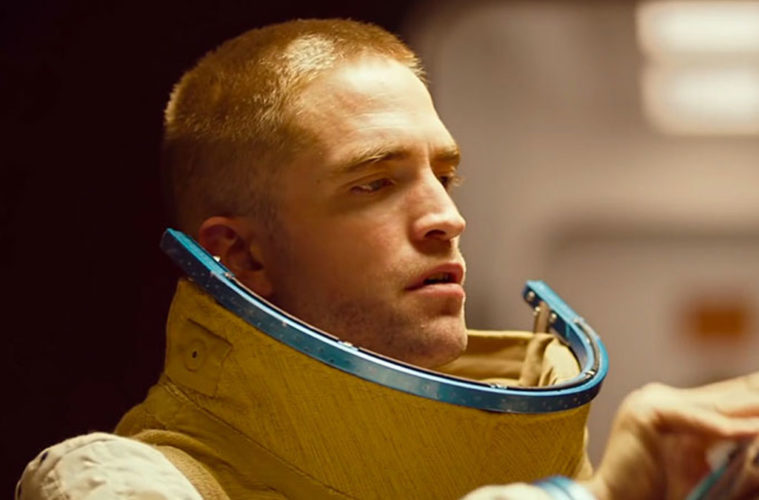 A post-9/11 world rife with domestic terrorism is one our youth should be allowed to avoid. Parents seek an escape as well, though, something that risks leaving their kids alone without supervision for longer than recommended. This concept is never more prevalent than within the affluent sector of society where expendable income and exotic jobs leave a ton of latchkey children trying to defeat boredom. Internet connectivity provides whatever their hearts desire, freedom the ample opportunity to do as they please. Social pressures must be relieved and sex is easily the quickest and cheapest way to do so. Maturity, however, renders such a laissez faire attitude problematic, especially when physical release isn’t the initial purpose of their pleasure. Eva Husson’s Bang Gang (A Modern Love Story) begins with the alternative: love. – Jared M. (full review) With a small theatrical release and its runtime of four hours (split across two parts) it’s not particularly surprising that Patrick Wang’s A Bread Factory went overlooked last fall, but one should seek it out–and it’s now finally arriving on streaming. One of the best American indies of the year, it is a Rivettian look at an upstate theater company that takes both an authentic look at the mechanics of survival in the arts and a fanciful approach at showing the joy of performance. I don’t imagine the entire thing will work for everyone, but there are too many delightful bits to let it pass by. – Jordan R.

The Day Shall Come (Chris Morris) Chris Morris’ latest film isn’t the dark comedy knock-out that was his debut Four Lions, but it still aims to throw some incendiary darts at its scattered board. Premiering at SXSW, the film follows an FBI operation to turn an innocent black man into a criminal. John Fink said in our review, “Allegedly based upon a hundred true stories, The Day Shall Come, directed by Chris Morris (Four Lions), is another comedy satirizing the theatrics involved in the theater of war–this war, of course, is the War on Terror. This is difficult material to farm laughs from and the film is only marginally successful at showing the absurdity of a sting where competing organizations waste resources frying small fish that otherwise may be harmless. ” Professional football (or soccer, if it pleases) has never really lent its wonders to the big screen. Lacking the glitz of North America’s more popular team sports or even the staggering, gladiatorial heroism of something like boxing, when it comes to cinematic myth making the so-called beautiful game has always, for one reason or another, faltered. The new documentary Diego Maradona attempts and at times succeeds in addressing that situation by zooming in on the tumultuous years that the Argentinian footballer Diego Maradona–still believed by many to be the greatest ever to play the game–spent at Napoli, an Italian football club based in the city of Naples. – Rory O. (full review) While High Life has understandably drawn all kinds of comparisons to the 60s and 70s cerebral sci-fi canon (notably Solaris and 2001: A Space Odyssey), for both its abstract use of space imagery and its minimalist ship design which more often than not resembles an artificially-lit hospital filled with dated technology, its soul is firmly in the sensibilities of its filmmaker, French master Claire Denis, who mines the genre for a deeply sensorial and moving portrait of the misery and horror parents are willing and perhaps responsible to endure so their children might not have to. – Josh L. (full review)

In the Tall Grass (Vincenzo Natali) The year of Stephen King continues. After Pet Sematary and It Chapter Two and before Doctor Sleep, another one of his adaptations has arrived–this time on Netflix. In the Tall Grass, based on the 2012 novella by King and his son Joe Hill, is written and directed by Vincenzo Natali (Cube, Splice).  The story centers on a group who enter a large field to rescue a boy only to find more sinister forces at work. With touches of the disorientation found in Annihilation and no shortage of frightening imagery from the twisted mind of Natali, hopefully this is a horror stand-out this fall. – Jordan R. If you watch “Last Week Tonight with John Oliver” you know Silvio Berlusconi. The Italian tycoon-turned-politician is mired in scandals, controversy, and populist excitement to the point of having a bizarre theme song declaring, “Thank Goodness for Silvio.” He smiles and waves, refuses to divest business interests while in office, and worked to enact laws that helped he and his friends become wealthier while also staying out of jail (mostly). It’s no surprise then that many say he set the precedent for the political chaos Donald Trump rode to the White House. They both accrued a fortune off an insane loan no regular Joe could ever hope to receive and took their narcissistic need to be loved onto their country’s biggest stage. The difference, however, is that Berlusconi seems cool. That opinion of course is based on nothing but Paulo Sorrentino’s epic Loro (released in two parts domestically, it has been recut into one two and a half hour film for international audiences). – Jared M. (full review) Four decades after its release, it’s become etched in cinema history that Ridley Scott’s Alien was a landmark achievement in not only the science-fiction genre, but horror as well, and specifically the feat of nightmarish imagery that now exists in the deepest corridors of our collective conscious. As the compelling new documentary MEMORY—The Origins of Alien explores, the space odyssey “didn’t come out a vacuum.” Rather, it was an immensely collaborative effort that drew on paintings, novels, films, mythology, current events, and centuries-old sociological and ideological issues to conjure such a masterpiece. Read my full review.

It took two-and-a-half decades, but the symbiotic nature between toy and child has finally been augmented to break this world’s possibilities wide open while also opening the door for real emotional hardship on an individual level besides the communal one. Everyone must still make sacrifices for the greater good (Duke, Bunny, and Ducky are hilariously irreverent additions to do so), but that goal is for the betterment of all toys rather than one owner’s. A life lived no longer ends because someone demands it. Retirement is no longer a toy’s only choice. Woody broke the rules in first Toy Story to save lives and many characters here follow suit. At a certain point those with privilege must let those without live as though they do. – Jared M. (full review)

We’re also giving away the Blu-ray/DVD to our Patreon supporters. Enter here.

Directed by Shirley Clarke
Möbius and Twin Peaks: Fire Walk with Me
Invasion of the Body Snatchers