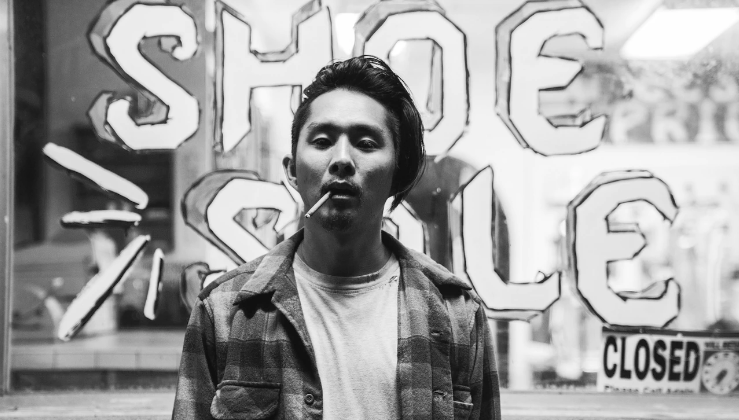 The full trailer has arrived for Gook, a drama that studies racial divide and the lines that connect us all. Written and directed by Justin Chon, the film follows two Korean American brothers who own a shoe store and befriend a young African American girl. Everything is smooth until the Rodney King verdict is read, sounding riots and fueling anger in the streets of Los Angeles. With some sharp black and white cinematography and some inspired framing, Gook — which picked up the top award in its NEXT section at Sundance — looks to be an intriguing and balanced drama.

We said in our Sundance review, “And though Gook is wrapped in this macro-history (televisions and radios play out the verdict in the first act), the narrative stays focused on Eli and his fracturing ties to Daniel and Mr. Kim (Sang Chon), an older Korean storeowner across the street who shares a past with Eli’s family. But the central conflict concerns Eli and his growing paternal feelings for Kamilla. Baker emerges as a dynamic young actress, playing off both Chon and So beautifully. Chon has been a character actor – in both television and film – for some time, and clearly relishes the lead role here. It’s a smart rendering of a young, ambitious American. Frustrated and angry in one second, happy and charming the next, Chon walks the line between nuance and melodrama rather well, up until the last few scenes at least.”

Eli (Chon) and Daniel (So) are two Korean American brothers that run their late father’s shoe store in a predominantly African American community of Los Angeles. These two brothers strike up a unique and unlikely friendship with an 11-year-old African American girl, Kamilla (Baker). As Daniel dreams of becoming a recording artist and Eli struggles to keep the store afloat, racial tensions build to a breaking
point in L.A. as the “infamous” L.A. Riots break out.