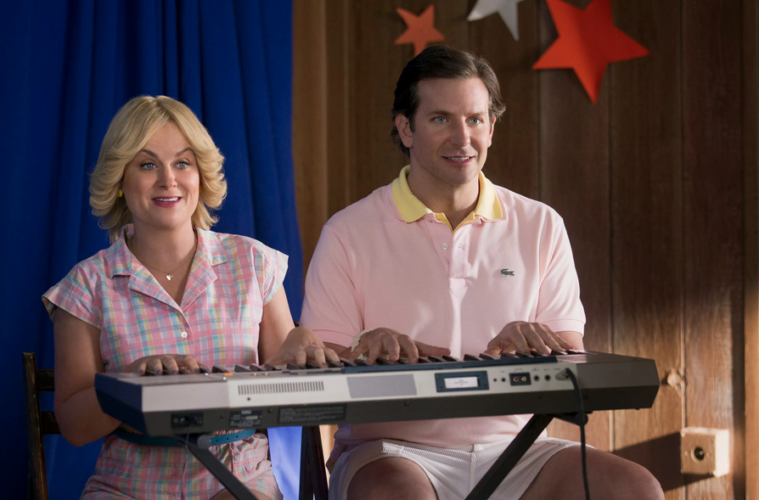 A few years before A Separation left its considerable mark on the world-cinema landscape, Asghar Farhadi had another masterpiece under his belt. Why it’s been unavailable in the United States for some six years is a total mystery, but that (courtesy of Cinema Guild) has finally been taken care of — and now, at long last, here is About Elly. For fitting the mold of mystery, hangout movie, social critique, and gender-dynamics drama with equal aplomb, this film is the clearest example of Farhadi’s considerable powers. Its 2009 tag be damned, About Elly is one of the best “new” releases we’ve been given this year. – Nick N.

With David Fincher‘s take on Gillian Flynn‘s Gone Girl finding success this past fall, an adaptation of the author’s sophomore novel has now arrived. Dark Places, directed by Gilles Paquet-Brenner (coming off the indie hit Sarah’s Key), brings together Charlize Theron, Nicholas Hoult, Chloë Grace Moretz, Christina Hendricks and Drea de Matteo. The story follows Theron as Libby Day, a woman who, at the age of 7, survives the massacre of her family and testifies against her brother as the murderer. Twenty-five years later, a group obsessed with solving notorious crimes confronts her with questions about the horrific event. Ahead of a theatrical release, it’s now available to stream. – Jordan R.

I could say plenty about the latest collaboration from director Adam Wingard and writer Simon Barrett. I could explain its fresh, contemporary spin on testosterone-fueled 80s-era action thrillers. I could elaborate on its sexy visuals, its pulsating soundtrack, and its unrelentingly cool style. I could most certainly drool over Dan Stevens‘ transformation into a hot and dangerous super solider. But mostly I just want to say, “Holy shit, this movie!” – Amanda W.

With Saturday Night Live serving as their initial platform, Kristen Wiig and Bill Hader have enjoyed substantial comedic careers in Hollywood, both behind and in front of the camera. One can imagine the initial shock found in their latest film, the small-scale character drama The Skeleton Twins, when it opens with the pair attempting suicide on opposite ends of the country. Estranged for a decade, Milo (Hader) is coming off a bad break-up with his boyfriend in Los Angeles, while Maggie (Wiig) is having marital problems in New York, both left to feel relatively aimless when it comes their lives. When Milo’s failed wrist-cutting causes the hospital to interrupt his sister’s own endeavor to down a handful of pills, they are reunited. As one might expect, the reasons for their shared depression is slowly (and a bit too neatly) revealed. – Jordan R. (full review)

The treacherous landscape of the west has been captured in numerous entries in the genre, but rarely with the distinctive vibrancy cinematographer Robbie Ryan (Fish Tank) brings to it in Slow West. John Maclean — who has had a long relationship with his star Michael Fassbender in a handful of shorter form projects — makes his directorial debut here, clearly reveling in providing his twist on the genre, while still holding true to its roots. – Jordan R. (full review) The best horror stories often obscure their real subject with the nightmare elements that roam their surface, hiding the focus beneath a veneer of the frightening or threatening. The Exorcist takes a long look at personal faith and its ties to organized religion, although its centerpiece is a pea-soup spewing, foul-mouthed demon. Halloween, The Blair Witch Project and the recent It Follows delve into teenage alienation, loss of innocence and the uncertainty of adulthood, even though each one also features a supernatural phantom wreaking terror. Beneath the veneers of Godzilla, Jaws and Dracula are very real human anxieties disguised as larger-than-life monsters. Unfriended, the new social-media ghost story told through one teen’s personal lap-top, may not be anywhere near one of the best, but it’s similar to the above-mentioned films in the way it uses tropes of the genre to root out something more pervasive and insidious in our current culture. The difference between those films and this one, is that Unfriended is pure gimmick. – Nathan B. (full review)

Nearly fifteen years later, the gang returns. Rather than jump forward in real-time, David Wain and co.’s trip back to Wet Hot American Summer is actually a prequel taking place on the first day of camp, as its title suggest. I binge-watched all eight episodes this morning and while it’s not as flat-out hilarious as some of Wain’s finest work, it’s quite a treat to spend more time with these characters again, along with the many new ones that show up along the way. – Jordan R.

The darkest retelling of Homeward Bound imaginable, Kornél Mundruczó‘s Cannes-winning drama White God is equal parts a technically ambitious, but not entirely successful, tale of revolt and a fairly redundant coming-of-age story. The Hungarian drama opens on a desolate urban landscape as we’re introduced to the 13-year-old Lili (Zsófia Psotta), equipped with just a bicycle, a trumpet-filled backpack, and, as we soon learn, a pack of bloodthirsty mutts on her tail. How this striking imagery came to be won’t be fully realized until the third act, but Mundruczó feels the need to take away from the anticipation early on with this prologue. – Jordan R. (full review)