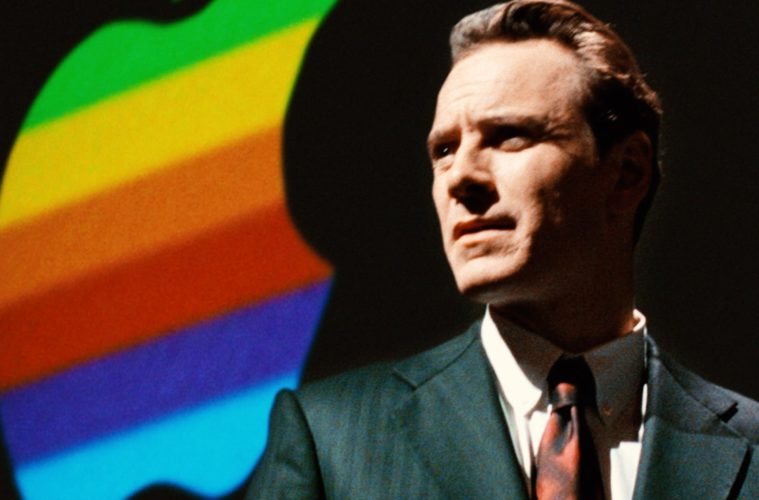 Amy is genuinely moving because it asks what you would do if you were a loved one witnessing Amy Winehouse’s demise. It’s a question many of us would like to pose an answer to, but the reality is that you were dealing with a woman who was fully independent and had more money at her fingers than many could imagine. This enabled her and the people around her, who may or may not have wished the best for her mental and physical health. Bolstered by powerful home videos that showed her behind the scenes, the film gave an unfiltered look at the late artist and gave new appreciation to her music — especially the lyrics. Amy is a one-of-a-kind documentary that truly stands out as giving the audience a deep dive into the life of the extraordinarily talented singer-songwriter. – Bill G.

In lauding Miguel Gomes‘ three-part, six-and-a-half hour behemoth, it’s perhaps important to consider his background as a critic. Not just in terms of the trilogy’s cinephilic engagement with Rossellini, Alonso, Oliveira, etc.; also in its defiant nature. While it’s easy to assign the trilogy certain humanist and satirical labels from the get-go and just praise these films for following through on them, Gomes continually seeks to mutate and complicate his of age-of-austerity saga. Far from perfect, and so much more exciting for that very reason. – Ethan V.

Tom Hanks has a cold, and he needs to save America. A natural follow-up to Steven Spielberg’s Lincoln in its immersion into nitpicky political discussion, Bridge of Spies also distinguishes itself with a wittier, frequently downright sarcastic screenplay (mostly courtesy, one imagines, of the Coen brothers), more agile camerawork (the ten-minute opening jaunt through Mark Rylance’s Brooklyn morning has been a justified source of attention), and a different kind of lead performance: where Lincoln was a method actor’s movie, Bridge of Spies is a movie star’s movie, with a typically relaxed, everyman-mode Hanks smiling, badgering, and coughing his way through never-ending negotiations. – Danny K.

Spike Lee’s best picture in years, Chi-Raq is a timely call to action. Opening to a Chicago embroiled in controversy, Lee’s stated objective is to save lives on Chicago’s Southside, a fiery cry against gun violence and a system that protects gang members while women and children are caught in the cross fire. A modern-day adaption of Lysistrata, Chi-Raq is lively and often hilarious; it has the spunk of some of his best and most political work, such as Do the Right Thing. With a cast that includes Nick Cannon, Wesley Snipes, Angela Bassett, Samuel L. Jackson, John Cusack, Jennifer Hudson, and Teyonah Parris in a break-out role as the story’s heroine, its lively performances are as transcendent as the film is ambitious. Rarely does a work achieve so much, and its stakes couldn’t be higher. – John F. “The cradle rocks above an abyss, and common sense tells us that our existence is but a brief crack of light between two eternities of darkness.” It is not a coincidence that Michael Almereyda’s Experimenter quotes near its beginning the first line of Nabokov’s novel. The biopic about Stanley Milgram (excellently portrayed by Peter Sarsgaard), whose groundbreaking experiments of conformity and authority remain shocking and among the best explanations for the happenings of evil in our world, refuses to be the typical biopic; it would rather be to it what Speak, Memory is to the autobiography. – Forrest C. (full review)

“If I’m forced to suggest something about the deeper meaning of the story, I would have to say that it has a lot to do with the Jungian idea of the duality of man: altruism and cooperation on one hand, and aggression and xenophobia on the other,” director Stanley Kubrick told the Chicago Tribune upon the release of Full Metal Jacket. “Yet to view [it] as an antiwar film is too simplistic,” he adds. “But there may be a fallacy in antiwar films that showing people war is bad will make them less willing to fight a war. Full Metal Jacket suggests that there is more to say about war than it is just bad.”

There’s a lot I like about Bruce McDonald‘s latest horror Hellions. Just as much also has me scratching my head, though. While this sometimes enhances the experience by cajoling you into wanting to watch it again to catch any little details you may have missed, I’m not sure this is one of those times. Unfortunately, right when the creepy factor breaks through its gauge to push me over the edge, it suddenly devolves into silliness. I don’t think it’s of the intentional kind either because screenwriter Pascal Trottier appears to hope it’ll continue down its hellish descent despite turning into what amounts to a warped but conventional psychological fantasy-filled afterschool special. It’s this result that tainted my journey, making me imagine what might have been if it were able to keep clenching my jugular to the end. – Jared M. (full review)

A restless mother falls for a young boy, a classic tale of forbidden love. But under the hands of Agnes Varda, Kung-Fu Master! finds romantic anxiety at its most sympathetic. Jane Birkin wrote the script with Varda and allowed the filmmaker to use her own house and children, and Varda returns by casting her own son, Mathieu Demy, as the object of affection. The French superstar shows an emotional nakedness in the film’s slow glances as the woman stares out, hoping for anything to find youthful bliss again.

Birkin’s unique personality and celebrity made her perfect for one of Varda’s self-conscious portraits, and thus the masterful documentary Jane B. par Agnes V. Varda both investigates her real life (her relationships with French artists like Serge Gainsbourg and Jacques Doillon) and creates fantasy lives, re-creating famous portraits with Birkin and casting her in scenes of imaginary movies. What remains consistent is Birkin’s playful spirit, her ability to remain openly honest while seeming to hold something back—a chameleon personality caught by a film that shape shifts as well. – Peter L.

Where to Stream: Amazon, Fandor

Though a hip-hopera (the last film to earn that label possibly being R. Kelly’s everlasting epic, Trapped in the Closet), Sion Sono’s Tokyo Tribe puts itself in the company of the extreme Japanese genre cinema eaten up by festival audiences, given their brutal violence and flagrant weirdness. Those essential thrills notwithstanding, it becomes off-putting in how one must struggle to keep up with the film throughout — not just in the narrative terms of story and character, but also its extreme formalism. The camera is constantly roving to seemingly new characters, gangs, and raps almost every couple of minutes — even if, on the other hand, the beats seem very redundant. Yet what makes Tokyo Tribe ultimately unique, if still problematic in its sheer amount of chaos, are the underlying politics. – Ethan V. (full review)

Steve Jobs was the most enjoyable, I-need-to-watch-that-again-right-now experience I had at the movies this year, and it was also the best-made. From Aaron Sorkin’s sharp, witty script — playing with truth to craft a tale of hubris, genius, and the sociopath who led a revolution that needed fifteen years for the world to catch up — to Danny Boyle‘s electric direction, which keeps a triptych of vignettes as dissimilar to each other as they are identical, it’s a feat of expert precision. And that doesn’t even mention the stellar acting: Michael Fassbender kills it as the flawed egomaniac, Kate Winslet is flawless as his conscience, and Michael Stuhlbarg steals the show with his biting and subtly hilarious retorts. Don’t ever let me hear you say computers aren’t art. – Jared M.

The Fury
I Love You Phillip Morris