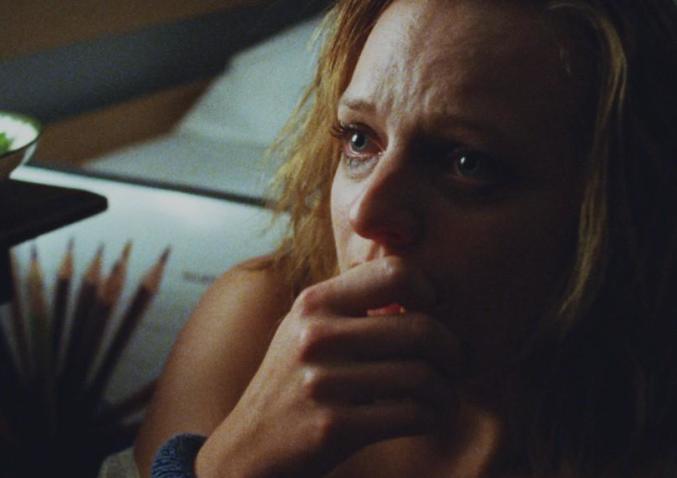 Jason Schwartzman has again nailed the slacker anti-hero in writer/director Bob Byington‘s 7 Chinese Brothers. The film revolves around 30-ish Larry (Schwartzman) who has two loves in his life: his constantly snorting french bulldog named Arrow and alcohol. As we wind our way through the narrative it becomes increasingly clear that the more time you spend with Larry the more you simultaneously enjoy his company and hate him at the same time. Larry is testing at the best of times, with a constant patter of snark and commentary about the world around him even when people aren’t listening. – Bill G. (full review) If Nicholas Sparks took a stroll through The Twilight Zone, it might look a little like The Age of Adaline, a new fantasy ambitious enough to make the case that looking like a 29 year-old Blake Lively for over a century is actually a curse. To director Lee Toland Krieger’s credit, the film does develop an effective note of melancholy and wistfulness; Lively, too, hits the right notes as a woman who has lived so long that everything passes by without as much fuss, fret or passion as it once did. For the cynical, this may become a slog, but Adaline turns out to be so earnest and genuinely sweet, that one should be able to forgive its schmaltzy excesses, especially when one of them is Harrison Ford’s best performance in years. – Nathan B. (full review)

There’s a moment in Neil Jordan’s Byzantium when the strange family unit — mother Clara, daughter Eleanor, and new “boyfriend” Noel — watch what seems to be an old Hammer horror film on TV. In it, we see a stake jabbed through a female vampire in this seemingly 1960s-filmed genre flick. It is fitting, perhaps, to see this meta moment in Jordan’s film, since it has many of the tropes of bloodsucker cinema, but also goes beyond them, creating something epic, bloody, and very enjoyable. – Chris S. (full review)

Joe Swanberg keeps getting better and better. A few years ago, Swanberg seriously stepped up his game with his highest-profile film yet, Drinking Buddies. The filmmaking, structure, and acting is all polished in that film, and the same goes for the writer-director’s latest, Digging for Fire. Co-written by the film’s star Jake Johnson, this marks another step forward in Swanberg’s evolution as a filmmaker. – Jack G. (full review) I put a lot of this on newcomer James Wan‘s shoulders as a fresh eye for more kinetic energy and ways to experience it. The transition from horror suits him and the visuals utilized may be the slickest the franchise has seen yet. From quick cuts of speedometers, gas pedals, and hands gripping wheels to aerial shots showing more than two cars at a time, those cartoonish power zooms are all but erased from memory. Hiring Statham, Ronda Rousey, and the incomparable Tony Jaa helps infuse some Bourne Identity-type fisticuffs that get the blood boiling too. There are a couple of epic fights that make Fast & Furious 6‘s Gina Carano and Joe Taslim look harmless in comparison. The Rock may not get much screentime, but he earns it with his brawl against Statham. – Jared M. (full review)

After delivering one of the best films of last year, Listen Up Philip, Alex Ross Perry returns with perhaps an even more well-crafted film. Queen of Earth is a perfectly acted and executed small-scale psychological drama that’s enrapturing from the first scenes. We said in our review, “The similarity to The Shining is no coincidence as Queen of Earth pays extensive tribute to vintage psychological thrillers. Even on a strictly aesthetic level – from the font of its titles (an old-fashioned, slender cursive in matte pink), to the luscious grain of the 16mm film stock and the lack of any props such as smartphones or laptops that would locate the story in the present – the film aligns itself with an earlier era of filmmaking. The most obvious homage is to Roman Polanski, signaled explicitly through the salad that Catherine leaves to rot on her nightstand, a clear reference to the rabbit from Repulsion.” – Jordan R. The neorealist drama Stop the Pounding Heart completes Roberto Minervini’s Texas trilogy, which began in 2011 with the road movie The Passage and continued the following year with the white-trash 400 Blows homage Low Tide. Part-documentary, part-fiction, the work follows Sara Carlson, the 14-year-old daughter of devout Christian goat farmers, and Colby Trichell, an asthmatic cowboy obsessed with riding bulls. The two non-professional leads and their families basically play themselves, and are filmed in their own homes, which lends a distinctly authentic vibe to the story. Adding to the physical nuance, Minervini develops his characters through intimate close-ups that betray their internal struggles — though she barely speaks a word, Sara’s confusion and conflict of faith reveals itself with each long, patient take. – Amanda W. Abderrahmane Sissako can no longer be called one of the greatest African directors of our time; he has become, simply, one of the greatest directors of our time. With his fifth feature, Timbuktu, Sissako fuses the poetic visual language of Waiting for Happiness with the political urgency of Bamako to bring about a revelatory work, something along the lines of a Howard Hawks jihadi-hangout movie. I mean that as a very good thing. – Peter L. (full review) Playing like an explosion at the Cannon Films factory, Turbo Kid is part Mad Max, part Nintendo movie classic, and part The Wizard with a sinister midnight madness sense of humor. While occasionally running out of steam, Turbo Kid has moments that are truly horrifying — it doesn’t sacrifice on the blood and gore, nor does it take itself too seriously. It’s a B-movie that knows it’s a B-movie, if little else. – Jonh F. (full review)

The darkest retelling of Homeward Bound imaginable, Kornél Mundruczó‘s Cannes-winning drama White God is equal parts a technically ambitious, but not entirely successful, tale of revolt and a fairly redundant coming-of-age story. The Hungarian drama opens on a desolate urban landscape as we’re introduced to the 13-year-old Lili (Zsófia Psotta), equipped with just a bicycle, a trumpet-filled backpack, and, as we soon learn, a pack of bloodthirsty mutts on her tail. How this striking imagery came to be won’t be fully realized until the third act, but Mundruczó feels the need to take away from the anticipation early on with this prologue. – Jordan R. (full review) At the opening of Craig Zobel’s Z For Zachariah, it’s the end of the world and there is a woman surviving on her own. That woman’s name is Ann (Margot Robbie), and she lives on what was her father’s farm in a valley that has somehow avoided the radiation that has caused this apocalypse. It’s when the men enter the picture that things start getting complicated. First we meet Dr. John Loomis, played by a brooding Chiwetel Ejiofor. Loomis is a man of science, determined to rebuild by any means necessary. And while his staunch scientific stance clashes with Ann’s deeply religious views (her farmer father was also a preacher), the two become fast friends and lingering romantic partners. After all, who else is there? – Dan M. (full review)

To Kill a Mockingbird
The Kidnapping of Michael Houellebecq