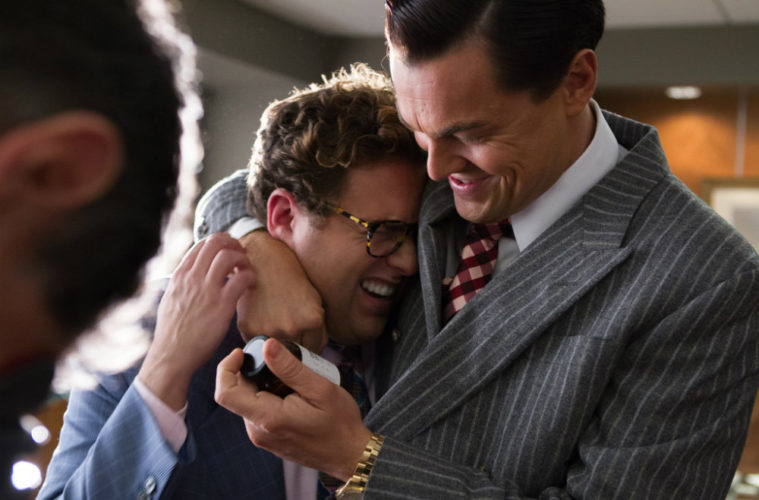 You wouldn’t expect a documentary film about thwarted back-up singers who never quite made the big time to be filled with this much infectious joy, but that’s exactly the quality that director Morgan Neville brings to the table. For music fans, this 90 minute spotlight on the unsung singers behind the big names is a must see movie event. Even when the lot of this particular career profession results in frustration, the film itself never stops soaring. You won’t discover the definitive history of backup singers here, but what you will find is a collection of women whose stories are compelling, poignant and, in cases like Merry Clayton talking the Stones’ Gimme Shelter, the stuff of legend. – Nathan B.

There have been numerous iterations of Japan’s unofficial, national legend about forty-seven ronin who avenged their master’s death at the start of the eighteenth century spanning movies, ballets, television productions, operas, bunraku, and kabuki plays. Known as Chūshingura, the true story has been embellished over the centuries to ensure each new generation told about these brave warriors understood the themes of loyalty, sacrifice, and honor being a Japanese citizen entailed. Whether or not the first account some fifty years after the actual event or any subsequent version went as far into the fantastical realm of witches and giant monsters as Hollywood’s latest take is for someone much better versed in the lore than me. However, while such things create the potential for stunning visuals and a fresh voice, they don’t necessarily improve its chances for success. – Jared M. (full review)

A Touch of Sin (Jia Zhangke)

Jia Zhangke’s films often depict an easy overlap between politics and pop culture, whether it be the entertainers of Platform or The World, or the seeming overabundance of accessibility in Unknown Pleasures. This certainly holds true for A Touch of Sin, which — while loosely based on four real stories of violence fuelled by capitalism in contemporary China — plays with the tropes of past popular cinema as many characters come to embody modern Wuxia knights, the brandishing of Zhao Tao’s knife easily recalling the heightened sword strokes of King Hu. But as a public opera of one these classic Wuxia stories directly poses at the end, “Do you understand your sin?” As easy as it may sometimes prove to cheer on these acts of violence, every one comes with their own set of repercussions. – Ethan V. Guillaume Canet’s Blood Ties not only tells a story that’s been wrought so often, but, worse yet, in a manner that lacks the raw, rough, and ready energy of those films which influenced it. Anchored by several strong performances, the film stars Clive Owen as Chris Pierzynski, a criminal whose recently been released from jail while his brother, Frank (Billy Crudup), is, of course, a cop. (Noah Emmerich even plays his boss in a fitting bit of type casting.) The two fight like only brothers can, while the women in their lives – Marion Cotillard as Chris’ baby mama-turned business partner; Mila Kunis as his girlfriend, later wife; and Zoe Saldana as Frank’s wife — sit back and observe as the men’s father (James Caan) attempts to break it up. – John F. (full review)

Every now and then a film completely sideswipes your mental capacities and takes over. Since seeing Cheap Thrills at SXSW, I’ve hardly been able to get the film out of my head. It’s stuck there, jabbing me every dozen minutes and reminding me how much I was in its deathgrip for around 90 minutes. There is very little fat to this work, a good sign, considering I don’t know if I could have taken any more visceral punishment. The stakes, the violence and the intensity were constantly moving higher as each minute ticked away. – Bill G. (full review) If one judged Andrew Niccol‘s career based solely on the last decade or so, it wouldn’t necessarily be a pretty sight. But before he gave us In Time and The Host, he delivered one of the finest science-fiction films we’ve ever seen with Gattaca. His slick, calculated, and engrossing directorial debut follows Ethan Hawke in a future where he’s seen as lesser due to his genetic make-up, so he takes the identity of someone else to fill his dreams. Now streaming on Netflix, it’s time for a revisit, or a first view if you’ve never seen it. – Jordan R.

Journey to the West (Tsai Ming-liang)

It seems Stray Dogs was not quite the final work of Tsai Ming-liang, no matter how fine a finalnote we’d consider it. Instead, Berlinale saw the premiere of Journey to the West, the latest installment in his multi-part Walker series — a collection of featurettes wherein Tsai regular Lee Kang-sheng, styled as a monk, slowly (slowly) makes his way through various environments, viewers absorbing various soundscapes and image-shapes all the while. These, frankly, are not for everyone, and its creator is keenly aware, saying of the most recent installment, “Walker was made as a conscious act of rebellion against the way cinema is perceived in today’s society. Commercial cinema has a certain number of requirements: there must be a narrative structure, a story, the actors must perform, and there must be some action and some music. Well, I am not interested in any of these things anymore.” But the latest (and possibly final) is bound to receive more attention, given that the internationally beloved Denis Levant is shadowing Lee‘s latest expedition. – Nick N.

Where to Stream: Available Here For One Week

With John Krokidas’ Kill You Darlings, we are given yet another entry into the still-burgeoning Beat Generation brand. At this Sundance alone, we have been helped with two servings of Beatnik, Krokidas with Darlings and Michael Polish with Big Sur. In this incarnation, the movement begins with a murder. It’s a compelling opening to a mostly compelling, if surprisingly standard, biopic. The central subject is Allen Ginsberg, played with considerable bravado by Daniel Radcliffe. A Jewish teen living in New Jersey with his crazy mother (Jennifer Jason Leigh) and put-upon father (David Cross), Ginsberg gets into Columbia University, and his life changes forever. – Dan M. (full review) Still exploring the working class American south with a heavy dose of mythical storytelling, only this time with a much broader brush, Jeff Nichols‘ tries at many different things in his entertaining, if overlong, Mud. Matthew McConaughey stars as the titular character, who’s discovered on a small island in the middle of the Mississippi River by two 14-year old boys, Ellis (Tye Sheridan) and Neckbone (Jacob Lofland). Mud, sporting a chipped front tooth and greasy, unclean hair, has been living in a boat stuck up in a tree, waiting for his girlfriend Juniper (Reese Witherspoon) to come calling. Imperfect as it may be, this marks a step forward for Nichols as a filmmaker capable of making big entertainment that retains some intelligence and a palpable message as well. Let’s call Mud what it is: a test run for what will undoubtedly be a bigger, better follow-up. – Dan M. If one has seen any number of Lars von Trier films — particularly his last, Melancholia — then you know the ending will be far removed from the beginning. Such is the case with Nymphomaniac, with its first volume carefully balancing humor with an engaging coming-of-age story of sorts. When it comes to the second half, it traverses down a much darker path, but one that can’t be judged in full until you’ve seen the big picture (particularly the last five to ten minutes); this is technically one film, after all. With both parts now available on VOD (and the first volume in theaters), we highly recommend taking the journey. – Jordan R.

We Are What We Are (Jim Mickle) Writer-director Jim Mickle is no stranger to indie horror films, having had a fairly successful run with his 2010 vampire thriller Stakeland. That same year, another independent horror film, We Are What We Are, was also playing festivals alongside Stakeland and caught the attention of Mickle, who decided to reinterpret it with his writing partner Nick Damici. Having not seen the original, it’s impossible to comment on the differences between the two, but it is clear that this reinvention works extremely effectively on its own. Stylishly directed and unnerving to its core, Mickle’s We Are What We Are is a prime example of horror done right. – Raffi A. (full review)

The debate over Martin Scorsese’s masterpiece already feels tired. No, The Wolf of Wall Street does not glamorize the antics of Jordan Belfort. But it does revel in them, just like the bloodsuckers who loved him. Leonardo DiCaprio gives his best performance as one of cinema’s great irredeemable assholes, a Quaalude-popping destroyer who, in some ways, feels like the ultimate American businessman. When Wolf finally comes to a close, at nearly the three-hour-marker, this feeling crystallizes. We watch a post-prison Belfort work his magic to a new group of wannabes, and as Scorsese’s camera lingers on their wide-eyed expressions, realize why this film, the director’s later-period classic, is so important: because it captures the allure of money and power in a manner that feels fresh, vital, and now. Everyone involved — Scorsese, DiCaprio, Jonah Hill, Thelma Schoonmaker — are at the top of their game. And the result is a film that will feel as relevant in 20 years as Goodfellas does today. What filmgoer could have hoped for more? – Chris S.