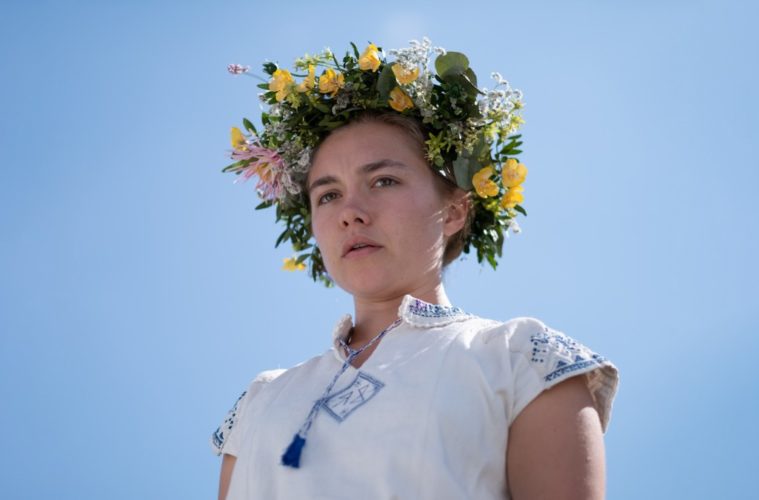 With a small theatrical release and its runtime of four hours (split across two parts) it’s not particularly surprising that Patrick Wang’s A Bread Factory went overlooked last fall, but one should seek it out–and it’s now finally arriving on streaming. One of the best American indies of the year, it is a Rivettian look at an upstate theater company that takes both an authentic look at the mechanics of survival in the arts and a fanciful approach at showing the joy of performance. I don’t imagine the entire thing will work for everyone, but there are too many delightful bits to let it pass by. – Jordan R.

Where to Stream: iTunes: Part 1 and Part 2 Set entirely within the confines of a luxurious Mexico City hotel, mostly in rooms and service corridors, The Chambermaid is a fascinating observational drama and occasional allegory for the haves and have-nots. Gabriela Cartol stars as Evelina, a 24-year old single mother working on her GED in a program provided (and later canceled) by the hotel’s union. Like Blue Crush, another film that contained explicit scenes of hotel maids cleaning up after guests, The Chambermaid doesn’t shy away from the usual demands of the job, from a guest who insists on having his room stocked with five times the amenities he needs to a wealthy Argentina woman who calls Eveline to her room to essentially babysit. When her son takes to Eveline, she’s given a tentative offer to leave the hotel behind for a new life in Argentina. – John F. (full review) The Films of Christian Petzold His so-called “Love in the Time of Oppressive Systems” trilogy with Barbara, Phoenix, and Transit has launched Christian Petzold to the top of the list of most impressive international directors working today, but he also has a wealth of incredible work earlier in the century beyond. Along with Barbara and Phoenix, two more highlights are streaming on The Criterion Channel: his chilling Carnival of Souls reimagination Yella his The Postman Always Rings Twice-inspired Jerichow. – Jordan R.

The Films of Lina Wertmüller “It can’t always be about money,” says the infatuated Carletto (Nino Bergamini) to the object of his affection, a country-girl-turned-city-woman named Adelina (Sara Rapisarda) who rejects his marriage proposal because they haven’t yet reached the economic level she desires. In All Screwed Up, Adelina’s refusal to marry a man because of his position, and his violent reaction towards the rejection (he rapes her as she tries to save the new television set she bought for the apartment she shares with other girls) might very well represent the conflict that was at the center of all of Lina Wertmüller’s films, the clash between money and virtue, or more specifically can people be in possession of both? – Jose S. (full interview)

It’s been years since a demonic entity has seen the woman it loves—she who conjured it to the surface before being driven out from the place in which she did. Tonight was a chance reunion wherein familiarity was quickly replaced by violence before a yet-unseen escape sees both parties going their separate ways. The woman stumbles towards a virtually deserted police station while the force of evil seeks out someone else who might be able to help it confront her within an environment it can control. So as Luz Carrara (Luana Velis) blasphemes God in Spanish via a distorted prayer to the two German detectives assigned to her, Nora Vanderkurt (Julia Riedler) solicits Dr. Rossini (Jan Bluthardt) at a bar with a tale of her girlfriend’s woe. – Jared M. (full review) Halfway through Phuttiphong Aroonpheng’s hypnotic feature debut, Manta Ray, two men put up Christmas lights around an unadorned riverside shack. They’ve known each other for a while, but seldom speak: one (Wanlop Rungkumjad) is an unnamed Thai fisherman with dyed blonde hair; the other (Aphisit Hama) is a mute man whom the fisherman has found agonizing in a remote stretch of mangroves by the border with Myanmar, and has taken home to look after. The lights are to serve as decoration for a party the two are throwing that same night, but the sun is still high on the horizon; smiling ecstatically at the makeshift disco, the fisherman suggests the two should nap to make the day go by faster. And so they do. – Leonardo G. (full review) Ari Aster wants you to know you’re screwed–that is, if you’re on the wrong side of a deal with demons or deities. In the wake of last year’s wickedly captivating Hereditary, Aster’s whimsical daytime terror Midsommar is seemingly poised as the lamb being led to the sacrificial slaughter of the Sophomore Slump. Lo! Via divine intervention, or more likely Aster’s sharp grasp on the genre, Midsommar basks you in sunlight and dread to present something far more fun to unpack than its predecessor. The comparison holds weight not just because Midsommar deals with the same playful takes on Pagan-infused scare tactics that Hereditary does, but because notes of loss and helplessness run amok here. Aster’s tendencies toward despair create a sense of sobering inevitability while still managing to surprise with a bit of impish charm. – Conor O. (full review)

The Lego Movie 2: The Second Part

In the Shadow of the Moon