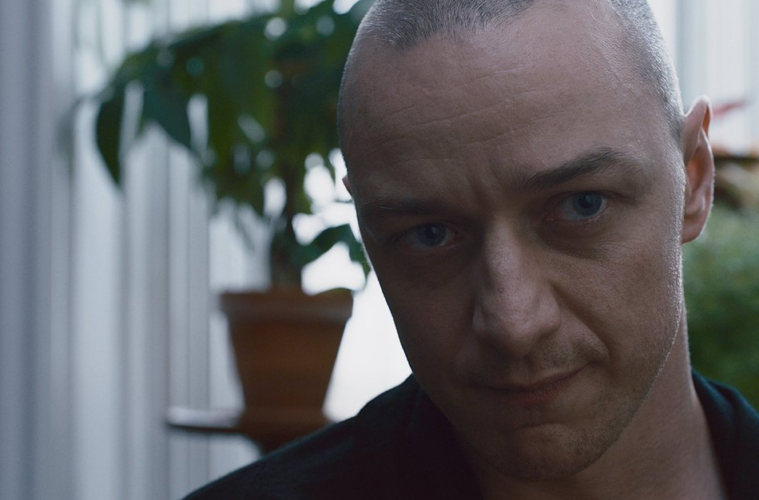 CGI loses the day in Steven Spielberg’s The BFG, a partly motion-captured, eco-minded adaptation of Roald Dahl’s adored children’s book that leans so heavily on green-screen trickery that even Mark Rylance’s kind eyes — squinting out from that computer-generated abyss — can’t save it from mediocrity. The plotline of a friendly, dream-blowing giant who takes an orphaned girl under his wing has the great director’s name all over it, but those expecting something for the whole family here may feel a little let down. That is, unless fart-propelled corgis fizzing around Buckingham Palace is your kind of thing. (However, that’s nowhere near as funny as it sounds.) – Rory O. (full review)

The Eyes of My Mother (Nicolas Pesce)

We’ve witnessed a qualitatively astonishing influx of fresh blood in horror filmmaking this year. Holding its own nicely next to Robert Eggers’ rigorous exercise in gothic dread with The Witch and Julia Ducournau’s cannibalistic take on pubertal anxiety in Raw (coming this March) is this distinctly earth-bound, mercilessly single-minded portrayal of human perversion. By opting to skim over what happens in between chapters, Nicolas Pesce gives his 76-minute creepfest a short film-like compactness while still landing oversized psychological impact with truly hair-raising scenarios one shudders to even think about. The same efficiency applies to the stripped, chilling visual and aural design suggestive of a fully-dreamed nightmare and exceptional cinematic craftsmanship. – Zhuo-Ning Su

Almost instantly does his newest work, Salt and Fire, set a feeling akin to his under-appreciated 2009, David Lynch-produced dark comedy, My Son, My Son What Have Ye Done. With the camera in almost-constant movement and a deeply strange non-sequitur line dropping every other minute, its international co-production “eco-thriller” facade seems to drop. – Ethan V. (full review)

With this visually and conceptually startling debut from Eduardo Casanova, the question of how John Waters and Pedro Almodóvar’s love child would fare as a filmmaker might just have been answered (high praise in queer film terms, of course). Fierce style, check. Subversive sexuality, check. Gross-out humor, check. Blown-up melodrama, check. Skins (translated from Pieles) is a pointedly shrill, singularly provocative exposé on our relationships to our bodies that will scar some minds, offend many sensibilities, and exhilarate all the rest of us. – Zhuo-Ning Su (full review)

M. Night Shyamalan movies are almost always better when he’s having fun. Like The Visit, Split makes mischief out of the balance between horror and comedy, continually throwing up situations that are simultaneously absurd and terrifying. The Visit exploited fears of the elderly, while Split goes to the popular well of insanity – specifically, dissociative identity disorder (better known as multiple personality disorder). There’s still controversy over whether DID is, in fact, a legitimate mental illness, but fiction loves it. Yet while Split takes DID to a more ridiculous extreme than most other depictions, the movie has a sympathetic core. – Dan S. (full review)

An engrossing panoramic portrait of the bystanders caught in the crossfire of the 1966 University of Texas shooting, Keith Maitland’s Tower is the rare documentary that values chaos over clarity in storytelling. Presented in a rotoscoped form, and with a careful attention to tone through aesthetic mood, color, and repetition, the film uses little more than the turning dial of an FM radio to teleport into the perspectives of dozens of witnesses. Some of them were instrumental in stopping the shooter, and others are little more than passerby stranded by the shots, but Tower knows that they were all permanently changed by those few short hours. – Michael S.

It’s easy to forget what disarray Tom Cruise’s career was in back in 2008. Fresh from his bizarre talk-show appearances, a couple under-performing films at the box office, and becoming the object of tabloid fodder, Cruise’s star had plummeted. This is part of what made his extended cameo appearance in Tropic Thunder so riotously funny: buried under layers of prosthetics and sporting a pot belly, the sleazy, verbally abusive studio exec stole the show, arguably upstaging Robert Downey Jr.’s turn as a method acting dimwit who earnestly dons blackface in an attempt to play an African-American character. Ben Stiller’s directorial career has been shaky, but Tropic Thunder is probably his best work behind the lens. It may not boast the subtlest of satire, but it makes up for this by simply being very, very funny. – John U.

Writer/directors Jeremy Gillespie and Steven Kostanski being an art director and make-up artist respectively got me excited for The Void because it meant they had the vision necessary to deliver something memorable without an extensive budget. They know what it takes to make something look good and being two-fifths of filmmaking collective Astron-6 also already have the experience of leading a set. But while their previous films (Manborg and Father’s Day) were comedic endeavors, this is a horror enterprise steeped in the practical effects and darkly fantastical mythologies of vintage John Carpenter and Clive Barker. They set-up a crowd-sourcing campaign not to propel production, but to finance pre-production and the creature effects they hoped to bring to life. These guys weren’t fooling around, and it shows. – Jared M. (full review)