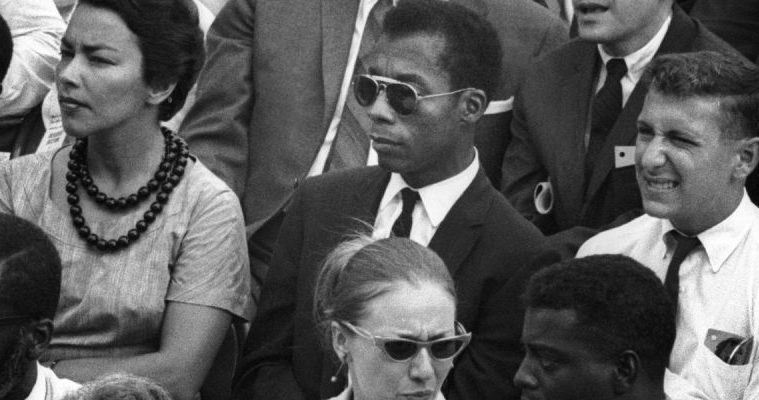 New to Streaming: ‘I Am Not Your Negro,’ ‘Three,’ ‘War on Everyone,’ and More

Beauty and the Beast (Bill Condon)

The near-ubiquitous familiarity with the majority of Disney animations make the financial proposition of a live-action remake a no-brainer greenlight. In aiming to appeal to those experiencing these stories for the first time, the generation prior, and the generation that brought that generation to the theater, it can also be as creatively risk-averse as one might imagine. As these cultural touchstones get dusted off and literally brought to life, one wishes the experience amounted to more than waiting for that next sugar rush of nostalgia to arrive. The latest in the long assembly line of Disney live-action remakes, Beauty and the Beast, has its fair share of these moments, occasionally well-handled, but there’s an emotional detachment at its core that renders it an innocuously serviceable live-action remake. – Jordan R. (full review)

If you were to take the charm and playful visual language of Jean-Pierre Jenuet’s Amelie and pair it with a blistering satire of religious dogma, the end result would look something like The Brand New Testament, a new film from Belgian director Jaco Van Dormael. His previous feature, Mr. Nobody, starring Jared Leto as the last living human on Earth, also showcased a penchant for high concepts that veer towards the absurd rather than the literal. With his latest entry, Dormael is gunning for the big guy himself, God, portraying Him less as an all-powerful deity and more like an irritable grumpy man hellbent on making life miserable for us petty humans. In bringing life to these religious icons, he weaves a rich tapestry of conflicted characters whose unique problems become fodder for a truly holy upheaval of all that we know to be real. – Raffi A. (full review)

The Raid star Iko Uwais deserves to silat his way through a million hapless evil men, but here’s hoping that, going forward, he picks better cinematic vehicles for his frighteningly fast feet and fists. Then again, every big action star worth their salt has a host of forgettable turns peppering the true showcases for their physical greatness. At least Headshot is good fun. It’s simultaneously a testament to directors Timo Tjahjanto and Kimo Stamboel’s skill and the disappointing lack in mainstream action filmmaking that their middle-of-the-road effort still stands out among the rest. – Dan S. (full review)

Inspired by James Baldwin’s unfinished manuscript Remember This House, Raoul Peck creates a sweeping commentary on race through the lens of Civil Rights leaders Medgar Evers, Malcolm X, and Martin Luther King Jr. Narrated by Samuel L. Jackson and featuring an archive of interviews with Baldwin, Peck’s cinematic essay juxtaposes the author’s observations and travels with contemporary materials that offer a warning from the past as unresolved racial tensions bubble up, even in a supposed post-racial Obama era. I Am Not Your Negro provides a broad overview of 20th-century race relations, and is an essential companion to bookend two films featured elsewhere on this list: 13th and O.J.: Made in America. – John F. A sort-of counter-balance to Steve McQueen’s 12 Years a Slave, The Retrieval is the story of Will (Ashton Sanders) on the run from, and in collaboration with, white bounty hunters in 1864, a year before the end of the Civil War. Starkly photographed by Yasu Tanida in grays and light blues with a sense of dread, Chris Eska‘s drama is the independent counter-narrative, becoming a chase film in mode of a psychological drama. The film is subtle at times, yet provides an intense depiction of internal destruction, betrayal and sacrifice. – John F. (full review)

There are other things to do with my day, but I must write this review of Suite Française before the film completely vanishes from my mind. Although this France-set, World War II-era romance is not without pleasures both fleeting and consistent there’s little indication that this story requires a telling, or at least a telling by people with such didactic inclinations. “Watching Michelle Williams and Matthias Schoenaerts romance one another” is a better reason than most others to make a film, so this one would (naturally) have been a lot stronger if that was the central intention. – Nick N. (full review)

A sterile hospital building may not be the first choice to capture cinematic beauty, but Three proves that a film in the hands of Johnnie To means expectations will be upended. If cinematography is as much about camera placement and movement as visual quality, Three is a masterclass in the former. The best (perhaps only worthwhile) action movie of last year, this is the rare genre entry in which the intense build-up may impress more than the guns-blazing climax — itself a euphoric, sublimely executed bout of showmanship. – Jordan R.

War on Everyone (John Michael McDonagh)

Steering into the frame to the sound of ’70s rock music while giving chase in their muscle car to a fully-costumed, on-foot mime, the impeccably dressed, utterly corrupt police duo of Bob Bolaño (Michael Peña) and Terry Monroe (Alexander Skarsgård) initially appear to be running full-speed towards an even wackier version of the Starsky & Hutch movie we got in 2004. Audiences familiar with the work of director John Michael McDonagh (The Guard, Calvary), however, will know something else must be in store with War on Everyone, even if McDonagh himself has made no mystery of the slightly broader canvas he’s working on this time around. – Tomasso T. (full review)