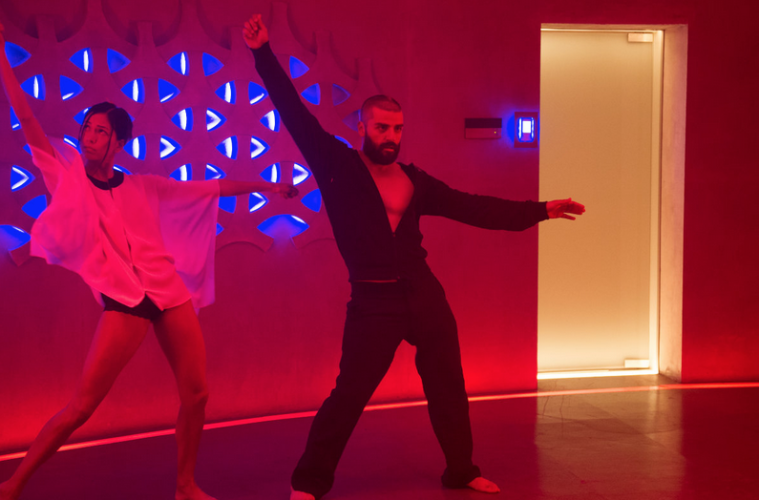 Note: After a batch of A24 films on Netflix were added last week, even more join the streaming platform this week.

In 2004, directors Xuan Liang and Chun Zhang created a Flash animation for an online contest. From there they expanded it into a feature length film steeped in Chinese supernatural legend. And despite some funding snags over its twelve-year production schedule, Big Fish & Begonia turned its approximately five million-dollar budget (in today’s US dollars) into just shy of one hundred million at the Chinese box office. Now it makes its way to America two years later for a limited release, another stellar example of the nation’s growing animation industry. With its beautiful aesthetic and distinctive tale of life, death, and love, the film should find a welcome audience. – Jared M. (full review)

Artificial intelligence is the anointed “next big thing” of our time, and so it makes sense that film would seek to address it. But whereas something like Avengers: Age of Ultron treats artificial intelligence as a way to create an “inhuman” force for evil, Ex Machina decides to use the creation of consciousness as a means of reflecting our own base humanity back at us. Smart, sleek, and spare, Ex Machina functions as a dagger elegantly carving out our own heart to show it back to us. – Brian R.

Although A24 didn’t pick up Call Me by Your Name, they are still firmly in the Timothée Chalamet business after Lady Bird, and now, Hot Summer Nights. Premiering last year at South by Southwest Film Festival and wisely held after the actor’s major fall, it’s now available to stream. Coming from helmer Elijah Bynum, who makes his directorial debut, the 1991-set story follows Chalamet stars as a teenager who starts dealing drugs and falls for his business partner’s sister (Maika Monroe). – Jordan R.

How to Talk to Girls at Parties (John Cameron Mitchell)

The lack of narrative propulsion or powerful subtext of any kind results in little dramatic substance beyond its cult-like ambitions. Much of it stems from Mitchell’s clearly unabashed love for 1970’s silly sci-fi, but Gaiman’s source material never called for that. The beauty that arose from Gaiman’s graphic novel was in its simplicity, in how it could take this infectious sci-fi romance and add beautifully realized imagination to it. The story of Enn and Zan does not need to be abrasively surrounded and interrupted by the psychedelic culture-clash of alien and human characters the film overstuffs in its script. The ideas are there, but the execution isn’t. – Jordan R. (full review)

“It’s shitty how easy it is to get over someone dying,” says Chris (James Adomian) as a part of a standup routine that gets personal when he starts talking about his dad, who passes away near the start of Love After Love. The death is the centripetal event around which the film’s other dramas revolve; chief among those characters who are pulled into orbit are Chris’s brother Nick (Chris O’Dowd) and their mother Suzanne (Andie MacDowell). Judging by the visible pain that Chris experiences while trying to navigate the dad-centered part of his routine, not to mention the emotional strain that infuses almost every moment in the film leading up to this one, the movie clearly acknowledges that getting over the death of a loved one is anything but easy. – Jonah J. (full review) The treacherous landscape of the west has been captured in numerous entries in the genre, but rarely with the distinctive vibrancy cinematographer Robbie Ryan (Fish Tank) brings to it in Slow West. John Maclean — who has had a long relationship with his star Michael Fassbender in a handful of shorter form projects — makes his directorial debut here, clearly reveling in providing his twist on the genre, while still holding true to its roots. – Jordan R. (full review)

The biggest mystery within Tomas Alfredson’s The Snowman concerns its own creation. How exactly did a movie like this get made by the people involved? It’s not a rhetorical question. If anyone reading knows something more than has been reported, please reply in the comments. Starring Michael Fassbender as Detective Harry Hole, this yarn (from the novel of the same name by Jo Nesbø) concerns a serial killer with a penchant for making… well you know… and butchering women of a certain sort. Rebecca Ferguson serves as Hole’s colleague in a performance that feels so brutally fractured by whatever happened in the editing process that it demands an explanation. – Dan M. (full review)