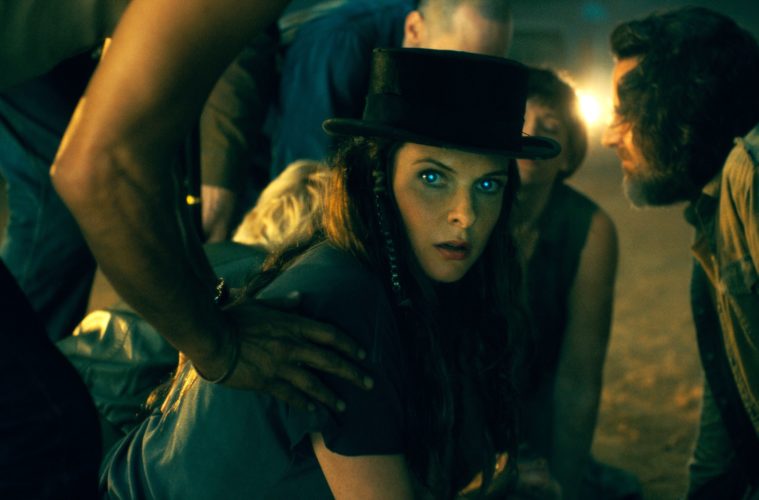 Jia Zhangke focuses on the prism of displacement: social, economic, political, spiritual. Ash Is Purest White, his latest dalliance with genre-inflected cinema, portrays a modern China stimulated and disrupted by the effects of globalism. But even as these changes motivate every aspect of the recursive narrative, they’re adjacent in this dual character study of a gangster and his moll. This film’s interest in time proves more platonic and freely cinematic as these characters travel through a world that’s left them behind. – Michael S.

Arriving after her most abstract work, Somewhere, Sofia Coppola’s The Bling Ring is a darkly comedic send-up of reality TV and the culture of Twitter (which creates the illusion you can be BFFs with Paris Hilton or Lindsay Lohan). Starring Emma Watson as the ringleader’s co-hort and Leslie Mann as her mom (who eggs them on with “vision boards”), The Bling Ring perfectly captures (to a literal extent, figuring in the late Harris Savides’ gorgeous, final work) an American subculture gone too far. – John F.

Finding the right way to approach Doctor Sleep requires a bizarre amount of extra-textual introspection. Here we have a film that is a sequel to The Shining (an all-time classic of the horror genre) while also being an adaptation of a book that was itself a sequel to the book upon which the original film was based. That being said, the original film made a number of departures from the source text, which were not reflected in the written sequel. So knowing what kind of context one needs to have in order to best enjoy Doctor Sleep can be difficult to parse. Stranger still, once the credits begin to roll, one still might not be able to tell how much knowledge of which version of The Shining would be most useful. – Brian R. (full review)

(Also available to stream is the new three-hour director’s cut.)

“It’s very dirty, and I know dirty.” Near the end of Brian De Palma’s oneiric exercise in sleaze, Dressed To Kill, high-class prostitute Liz Blake (Nancy Allen) recounts a recurring dream where she strips in front of a phantom intruder before he puts a razor blade to her neck. It’s remarkably similar to the film’s first scene — a dream sequence where a showering Kate Miller (Angie Dickinson) vainly attempts to attract her shaving husband’s attention, only to be murdered behind a thin veil of glass. – Michael S. (full review)

“You don’t know how lucky you are.” No other words prove more damning to show how out-of-touch a parent is with his/her child’s struggles. Rather than being emotionally present, they wield fear and disappointment en route to an explosion of insecurity and rage. Writer-director Trey Edward Shults ensures Waves‘ lead-up to that release is tough to watch with a violent act as linchpin seemingly gratuitous in the moment. Context, however, proves it’s paramount to the message. This script is contrasting duty to the group with duty to the soul as the former’s lie leads to turmoil, the latter’s truth to potential peace. Kelvin Harrison Jr. brings the pain. Taylor Russell strives to heal it. And Sterling K. Brown breaks our hearts upon realizing his character’s role in forcing them (his children) to suffer that fate. – Jared M.

What Did Jack Do? (David Lynch)

One of the most pleasant surprises of the week was, timed to David Lynch’s birthday, the release of his 17-minute short film What Did Jack Do? Filmed back in 2016, the film has screened at Lynch’s Festival of Disruption in New York City in 2018 and a few other places, but now it’s finally available online for the first time. Lynch plays a chain-smoking detective, of course, interrogating a monkey suspected of murder. It’s simply delightful seeing him play in this black-and-white noir mode, with no shortage of brilliant exchanges and a surprisingly beautiful finale. – Jordan R.