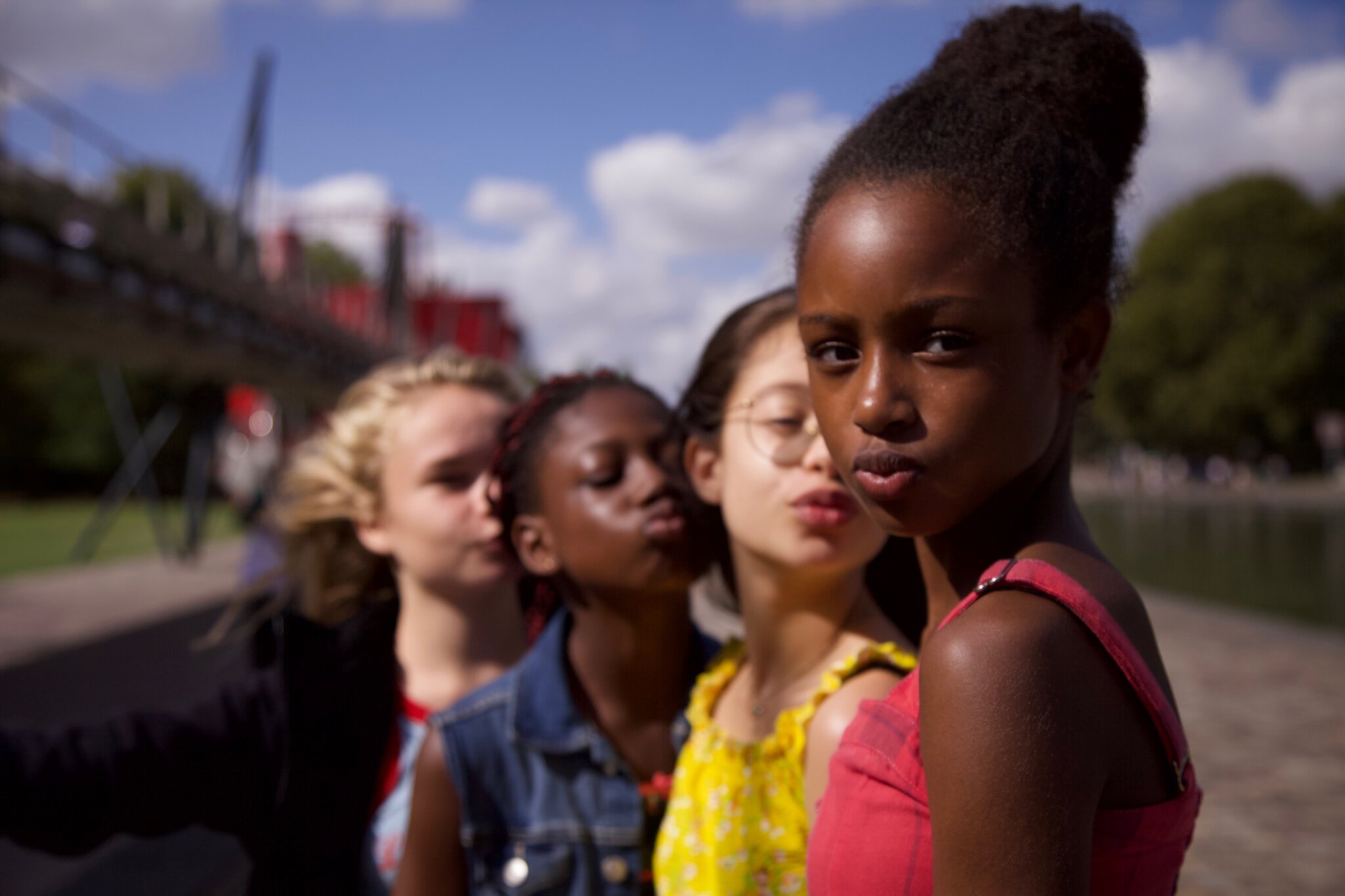 Every two years or so, there comes a new Robert Greene film whose beautiful images, fascinating subjects, and thorough investigation of both immediate and surrounding concepts become overrun by the true-false question––what control Greene wields, where the spontaneous and constructed do or don’t collide. His latest, Bisbee ’17, sometimes plays like a provocation towards those assumptions, heavily relying on the reenactment of a horrific, little-known strike against working-class citizens (as our admiring review handily summarizes), parlaying the filmmaker’s strengths for documentary portrait and narrative whats-it into what may be his densest work to date. – Nick N. (full interview)

On a festival tour that included Sundance, Berlin, and more this year, Maïmouna Doucouré’s directorial debut Cuties has been praised without stirring up much controversy whatsoever. However, when Netflix’s marketing recently decided to present a surface-level approach on the very thing the film is dissecting–––the hypersexualization of preadolescent girls in today’s culture––there was rightfully much backlash. After an apology from the company, the French-Senegalese director’s film has now arrived on the platform where audiences can judge it for themselves. Following an eleven-year-old girl from Senegal who arrives in Paris with her family, it follows her grappling with a new set of customs as she finds a group of friends. – Jordan R.

No, I Hate New York is not a quickly-shot documentary about the rich who have fled to their homes in the Hamptons during the pandemic. Rather, Gustavo Sanchez’s acclaimed documentary follows four transgender artists and activists from the underground scene in New York City. For over a decade, between 2007 and 2017, Sanchez shot the documentary with no script and a home video camera, hoping to capture the scrappy and lived-in authenticity of these women––Amanda Lepore, Chloe Dzubilo, Sophia Lamar, and T De Lon–and the world they inhabited. While the film focuses on these four iconic storytellers and activists, I Hate New York also reveals a larger portrait of a bygone era of New York City life. – Stephen H.

Where to Stream: Amazon Prime, iTunes

Ambiguity might be the most useful item in the science fiction toolbox. Blade Runner’s mysteries still rob people of sleep, and you’d need a wall chart to work out Shane Carruth’s Primer. However, when used in rash abundance––as in this film from Mud and Take Shelter director Jeff Nichols––the results can leave the viewer in a rather less complimentary state of bafflement. The details in Midnight Special, Nichols’ homage-heavy sci-fi thriller set in his signature Deep South locale, are sometimes so scant as to be jarring. Yes, less is often more in Hollywood, but it can also be just plain less. – Rory O. (full review)

This is the third film from director Justine Triet, whose last feature In Bed with Victoria, while markedly more comic in tone, also featured a headstrong, successful woman dealing with a complicated personal life. It’s clearly something Triet prioritizes, and she gets strong performances from her two female leads, especially Efira, whose character’s poise and confidence slowly breaks down as she loses grip of her personal and professional responsibilities. There’s also a small, funny role for Sandra Hüller as an exasperated director of the chaotic film shoot that brings together Margot and Igor. – Ed F. (full review)

If you’ve been paying attention in this digital age, The Social Dilemma will not tell you what you already did not know. Director Jeff Orlowski, best known for his feature documentaries Chasing Coral and Chasing Ice, dives into something equally as vast for his next film: social media and the psychological effects that small nudges can have on consumers. The film itself operates primarily within two modes: interviewing social media executives who were influential in products like the Facebook like button and a narrative component that traces a family’s use (and abuse) of social media. These narrative sections bring home how social media can affect our behavior, with push notifications forcing us to pick up our phone even when we’ve committed to a lockdown. While informative, these elements don’t work quite as well as the documentary segments and seem to distract from the key information. We don’t need to see it played out before our eyes with actors; chances are we’re living it when we turn on our phone after the screening and countless push notification, from news headlines to updates from friends, crowd our screen. It is inevitable and consumers in 2020 need not have a demonstration. – John F. (full review)

Legend has it that when Laika died on November 3, 1957, following a 5-hour journey that turned the dog into the first living creature to orbit the Earth, her spirit returned to Moscow, roaming the streets where Soviet scientists had plucked her. Elsa Kremser and Levin Peter’s entrancing Space Dogs begins where the legend ends, and hangs in that same mystic region all through its hour and a half. It’s an odyssey that keeps seesawing between the terrestrial and the astral, trailing behind a couple of Muscovite mongrels to connect their earthly meanderings with a larger question about the ways in which humans have colonized space, and recruited other species as martyrs in the pursuit. – Leonardo G. (full review)

If you are blessed enough to live in Canada and not the current hellscape that is the United States, you can stream a majority of this year’s TIFF selections from the comfort of your own home. We’ve shared our most-anticipated premieres, favorite short films, and our reviews are already starting to roll in, so stay tuned for more coverage over the next ten-plus days.

Where to Stream: Digital Bell Lightbox (Canada only)