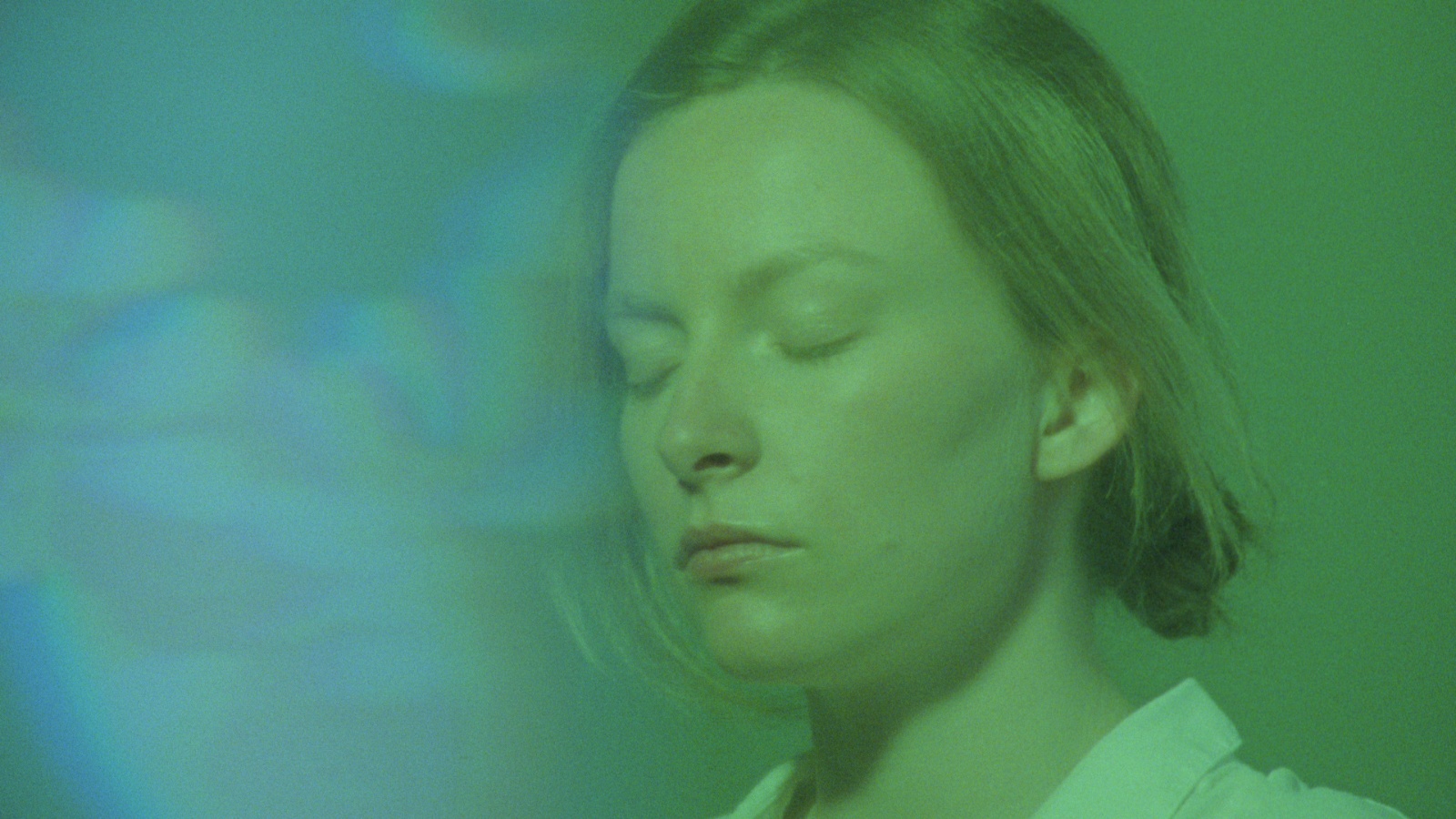 Point and Line to Plane

With the coronavirus pandemic causing TIFF to go online and reduce their line-up, this year’s Short Cuts programme has been whittled down to 35 films across 5 programmes, a reduction of more than a third compared to last year’s 55 films and 8 programmes. Despite these limitations, programmers Jason Anderson and Lisa Haller have put together a strong lineup for 2020 that should hold more than a few surprises for those willing to check out this year’s lineup.

Having seen most of what this year has to offer, here are 10 films that stand out in a slim but competitive field of short filmmaking. For more coverage from the festival, check out our preview of the most-anticipated features and read our forthcoming reviews here.

A collaboration between filmmakers Jordan Canning and Howie Shia, 4 North A shows a woman consumed by memories while she tends to her dying father in a hospital. It’s a simple story that comes alive through its animation, contrasting the hospital’s sterile environment with the bright and colorful flashbacks of its protagonist as she copes with the grim reality of losing a parent. Told without any dialogue, 4 North A tackles a universal theme with an expressive and sentimental touch.

Taking place over a brisk 7 minutes, Benjamin, Benny, Ben follows a young man (Anwar Haj) who’s nothing but a bundle of nerves as he walks to a job interview. Anyone who’s ever experienced the anxiety of preparing for an interview will have something to relate to, with director Paul Shkordoff using handheld close-ups to convey the distress of his lead when he encounters a detour on his journey. What stands out the most about this film is its urgency and how self-contained it is, popping in and out at a moment in time where one person feels like their whole world is falling apart.

Naïla Guiguet’s Dustin starts at a warehouse party, where the title character (Dustin Muchuvitz) and her friends dance, do drugs, deal with personal drama, and ultimately get in trouble with security. It’s a vivacious sequence backed by a great soundtrack of thumping techno music. But it’s in the second half, when the characters find themselves hanging out in an apartment, where the film opens up to reveal more about Dustin, her boyfriend (Félix Maritaud), and her group of friends. The most impressive thing about Guiguet’s film beyond the stellar cast is her command of mood, as she perfectly evokes the highs and lows of experiencing the party and the afterparty.

There are plenty of films about someone finding their true self in the most unexpected of ways, but not many have done it like David Findlay’s light yet subversive Found Me. Twentysomething Mitch (Michel Poudrier) lives a mundane yet happy life with his girlfriend until he stumbles upon an amateur wrestling event, and the experience awakens something inside him. With the aid of Farhad Ghaderi’s cinematography and Alexander Farah’s editing, Findlay goes through the usual tropes as Mitch tries hiding his secret obsession while developing into a more confident and assured person. The absurdity of using amateur wrestling makes Found Me funny but Findlay never makes the comedy at Mitch’s expense, and in doing so gives his film a sense of warmth that makes it stand out.

Directors Yngwie Boley, J.J. Epping, and Dana Van Houten craft a gorgeous, handmade fantasy with their film Pilar. Set in a post-apocalyptic world overrun by savage creatures, it shows a man and woman hiding out in a barricaded village as one of them fights the urge to venture into the outside world. There’s something inherently pleasurable about seeing hand-drawn animation this detailed and striking again, and its rough-hewn approach leads to an unexpected but neat quirk: outlines of each frame can be seen in the next ones, not entirely drawn over and giving the images a ghostly echo effect. It’s easy to just get lost in the imagery of Pilar but its story is great as well, taking a tale of survival to an unpredictable place.

Last seen in Short Cuts with Veslemoy’s Song, director Sofia Bohdanowicz and actor Deragh Campbell team up again with Point and Line to Plane. Like their previous collaborations, the film comes from Bohdanowicz’s own life, with Campbell acting as a (sort of) stand-in for the director. This time, Campbell plays a woman trying to process the death of a close friend through a variety of personal experiences, art, and theory, with a focus on the works of Hilma af Klint and Wassily Kandinsky. Bohdanowicz’s previous films have been defined by strong formal qualities, but Point and Line to Plane feels like a shift for the filmmaker. In detailing the grieving process and trying to make sense out of a life shattered by loss, Bohdanowicz taps into an emotional resonance that feels new and exciting within her body of work.

Sing Me a Lullaby (Tiffany Hsiung)

Tiffany Hsiung’s personal documentary Sing Me a Lullaby unfolds as an epic, heartbreaking story spanning across decades. Hsiung’s mother Ru-Wen was separated from her parents as a child, and for decades she lived with the burden of never knowing her true family. In 2005, Hsiung flew to Taiwan with the goal of finding her grandparents and giving her mother the answer to a question that’s plagued her for 40 years. I’ll admit that I had some initial hesitations toward Sing Me a Lullaby, since its approach can feel sentimental and mawkish in a way that typically doesn’t work for me. But Hsiung’s story is powerful as hell, presented as a series of emotional gut punches with footage so direct and intimate it’s impossible not to get moved by it. In a normal year I’d say Sing Me a Lullaby is poised to be a breakout hit, but it’s hard to predict the future right now. Regardless, Hsiung’s story needs to be seen, but prepare to not have a dry eye by the time you finish watching it.

The first time we see 11-year-old Stephanie (Charlotte Verwimp) is in the middle of her routine on a balance beam at a gymnastics competition. She ends up taking the top prize, and from there Stephanie shows how she adapts to the demands put on her as an international champion. Director Leonardo Van Dijl creates a tense, compelling portrait of Stephanie and the world of competitive gymnastics over a small amount of time, assisted by Daniël Bouquet’s striking cinematography and a great performance by Sophie Decleir as Stephanie’s increasingly concerned coach.

Sophy Romvari’s Still Processing centers around a box given to her by her parents containing family photos not seen in decades, hidden away to avoid dealing with tragedies connected to their family’s history. Romvari takes the photographs and begins digitizing them, all the while documenting the physical and emotional process of revisiting her past. This is a disarming film, not just because of Romvari’s openness but in how the filmmaking feels like a therapeutic act in itself, down to the aesthetics (major details are disclosed through on-screen text, implying that her family’s story is still too difficult to speak about). It makes Still Processing a part of the story rather than just a film talking about it, giving it a vulnerability that Romvari wields to her advantage. (Full disclosure: I know director Sophy Romvari personally.)

The shortest film in this year’s programme is also its sweetest, as Ian Bawa’s Strong Son tells the story of a father (Jagdeep Singh Bawa, the director’s own father) and son (Mandeep Sodhi) who bond over their love of working out. Shot on Super 8, the father narrates over footage of the son pumping iron, ruminating about life, love, the importance of strong legs, and more. It’s only 3 minutes, and in that short amount of time Bawa handles big themes with a good sense of humor and a lot of ease.