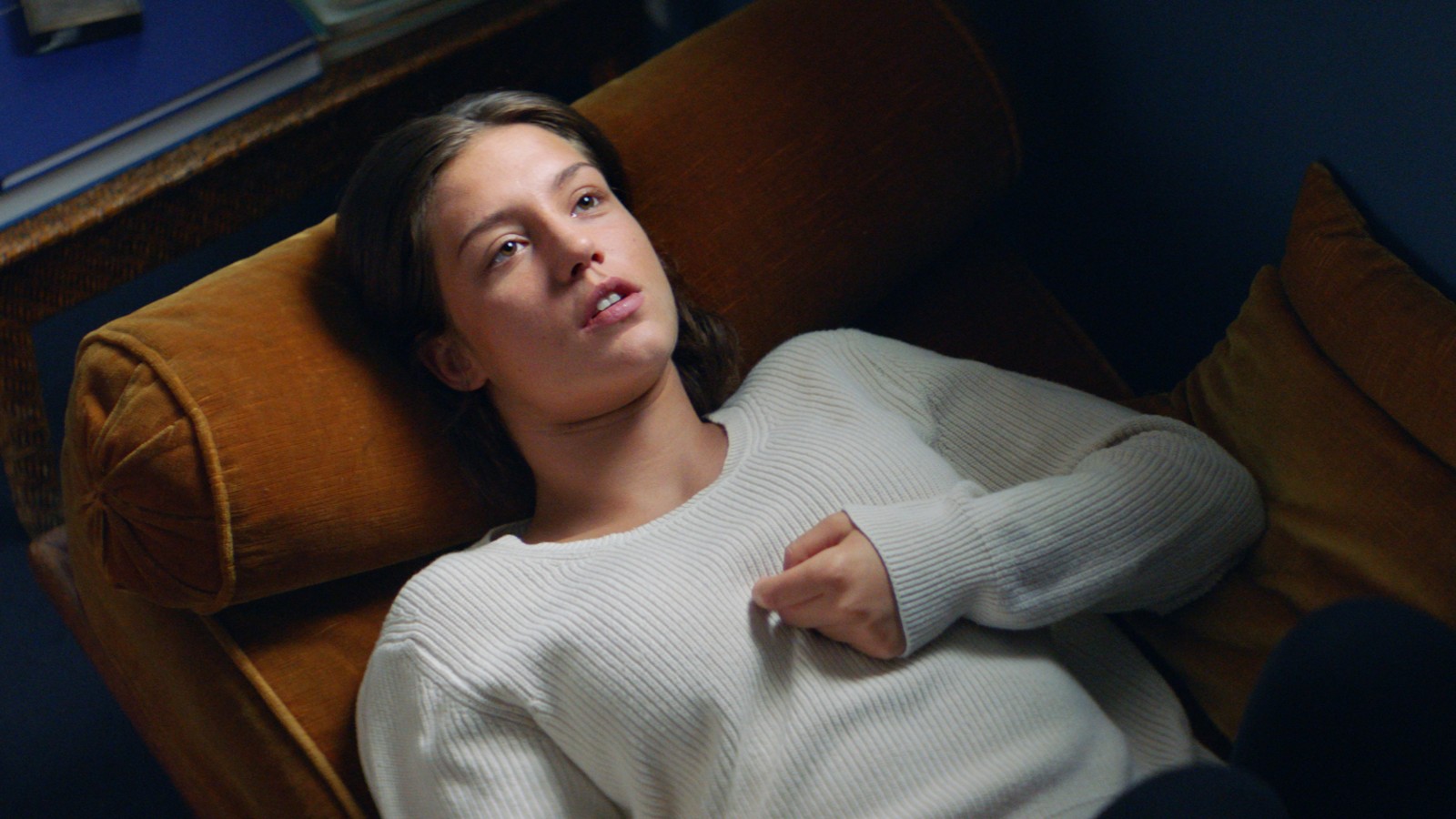 Franco-Belgian actress Efira plays the titular Sibyl, an ostensibly sophisticated Parisian psychoanalyst with a fancy apartment, husband and kids, looking to quit her profession to pursue her first passion, writing. But just as she drops her roster of clients, another one arrives in the shape of Margot (the dependable Adèle Exarchopoulos), an actress in crisis over an affair and resultant pregnancy with her co-star Igor (an underused Gaspar Ulliel).

One questions if Sibyl, who, in the first of much rule-breaking shenanigans that ensue, secretly records their conversations, has Margot’s health in mind, or if is she just fodder for her new novel. The line between doctor and patient is well and truly crossed when Margot jets Sibyl to the filming of her movie on the volcanic island of Stromboli (the location of Roberto Rossellini’s neorealist doomed romance), an environment where Sibyl escapes the banality of daily life to ruinous effect. As she enters their intoxicating, sexually irresistible world, she begins to have a series of steamy flashbacks involving a former lover (Niels Schneider), and a profound secret she’s kept from him.

This is the third film from director Justine Triet, whose last feature In Bed with Victoria, while markedly more comic in tone, also featured a headstrong, successful woman dealing with a complicated personal life. It’s clearly something Triet prioritizes, and she gets strong performances from her two female leads, especially Efira, whose character’s poise and confidence slowly breaks down as she loses grip of her personal and professional responsibilities. There’s also a small, funny role for Sandra Hüller as an exasperated director of the chaotic film shoot that brings together Margot and Igor.

Yet Triet’s film, co-written by Arthur Harari, ultimately feels unbalanced between moments of black comedy and its more conventional psychodrama conceit. Sibyl’s narrative quirks also exasperate, switching between flashbacks with a sort of reckless abandon that does little to intrigue or create tension. I was especially frustrated that a subplot about Sibyl’s mother, who died in a car crash that may have been a suicide, was never explored. The final third, especially, is by-the-numbers plotting. It’s a pity, as the film starts off promising some interesting overarching themes, especially Sibyl’s underhand ethics of mining her psychological examinations for fiction. As a metaphor for artistic invention, it’s an interesting, but unsuccessful one.