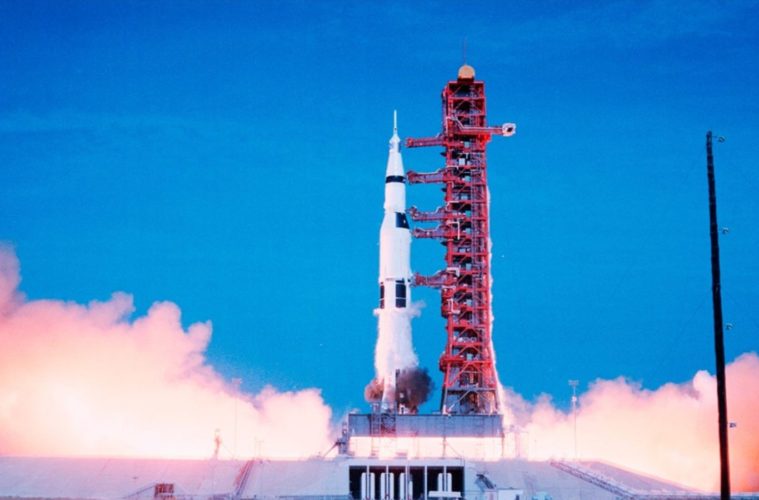 Like the majority of Lars von Trier films, from the first moments of Antichrist, one will be able to discern if it’s an experience they want to proceed with. For those will to endure its specific unpleasantness, there’s a poetic, affecting exploration of despair at its center. Chaos reigns, indeed. – Jordan R.

On July 16, 1969, Neil Armstrong, Michael Collins, and Buzz Aldrin embarked on a historic lunar odyssey, successfully landing on the moon and then returning to Earth. Free of talking heads, reenactments, and newly-recorded narration, the new documentary Apollo 11 takes viewers on this nine-day journey, constructed from astounding, never-before-seen 65mm Panavision, 35mm, and 16mm footage, as well as audio culled from over 18,000 hours of tapes. A perhaps initially unintended result when NASA handed over this remarkably pristine footage to director Todd Douglas Miller, his documentary is also a fascinating time capsule of this specific era. – Jordan R. (full review)

Certain events enter our collective consciousness and change its landscape forever. We watch news footage and listen to interviews. We read firsthand accounts. What we miss is the day to day unfolding of the plot, and as it turns out, the devil is in the details. Mary Harron’s latest film, Charlie Says, provides a unique look at the Manson family. Its emphasis lies not with Manson but his girls, their relationships, activities, and specifically, the incarceration of Susan Atkins, (Marianne Rendon) Patricia Krewinkle, (Sosie Bacon) and Leslie Van Houten (Hannah Murray). While never offering excuses for the actions of its principal subjects, it illustrates how the perfect storm of insecurities, a cultural movement, and a misguided need to be loved led to one of the most infamous crimes of the twentieth century. – Alycia R. (full review)

Neil Jordan’s Greta starts off being a story of two lonely people living in New York: the eponymous Greta (Isabelle Huppert) and Frances (Chloë Grace Moretz). It is a swift friendship that develops between the two after Frances finds an unclaimed handbag in a subway and goes to an address in Brooklyn to return it. Before we can ask if her mother ever taught her not to speak to strangers, we know that it’s been a year since Frances’ mom died. As Erica (Maika Monroe), Frances’ roommate and friend, puts it, Frances was probably just trying to fill up the void left behind by her mother through her friendship with Greta. Before long, the two are picking pets, taking walks in Central Park, and cooking dinner together. “I’m like chewing gum,” Frances says while promising Greta of her companionship. “I tend to stick around.” It is a kind of mommy issue that would offer Freud a lot to think about. – Bedatri Datta Choudhury (full review)

One of the biggest challenges when making a film about a fictitious artist must be coming up with art that doesn’t make audience members question the admiration for the artist. In that sense, writer/director Florian Henckel von Donnersmarck covers his bases by using Gerhard Richter’s photorealistic pieces as the inspiration for the work created by Kurt Barnert (Tom Schilling), the protagonist of Never Look Away. So by the time a frustrated Kurt realizes he can turn painful memories into haunting paintings that see beyond the “reality” of a photograph, we are so immersed in his story that unexpected chills are the only possible reaction we can have upon seeing his first completed piece. – Jose S. (full review)

Something in the Air (Olivier Assayas)

In framing a coming-of-age story around kids with no real revolution to stage — early ’70s French youth hopelessly trying to make up for the “we blew it, man” of May ’68 — Something in the Air realizes the pains of maturing as both grasping those “in the now” emotions seemingly beyond our reach and the memories & standards entrenched in our still-limited past. With the director’s stand-in acting as a handsome cipher, absorbing supposedly radical politics and aesthetic standards — only to end up on the set of a Hollywood B-movie — it would seem that Assayas is critical of his generation, yet, being the sometimes gooey humanist he is, count on your eyes to water during a bittersweet closing few minutes set to Kevin Ayer’s “Decadence.” – Ethan V.

1900
The Dead
Funny Face
Sabrina
Three Days of the Condor

Nobody Knows
Caramel
Antichrist
Flores
Something in the Air
Tabloid