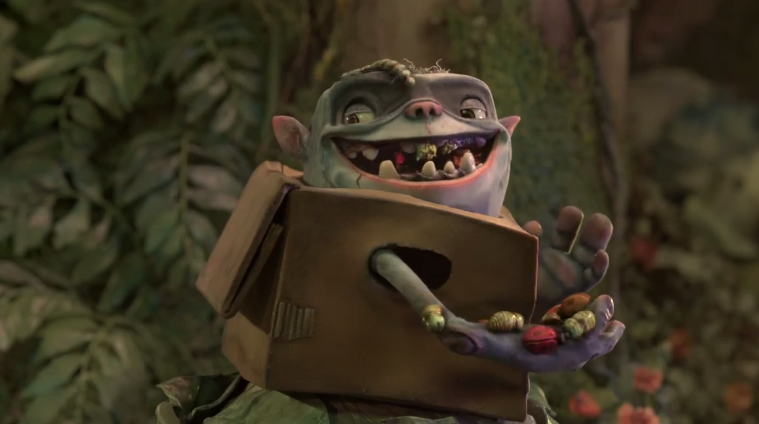 New Teasers For ‘The Boxtrolls’ and ‘Paddington’ Showcase Promising Animation

Animation can take many forms and today brings two new teaser trailers for ones that take on distinctly different approaches, both arriving this fall. First up, after giving us 2009’s Coraline and 2012’s ParaNorman, Laika are working hard on their next stop-motion animation, The Boxtrolls.

Teased in two previews we’ve now got another that shows off much more of our story, based on Alan Snow’s novel Here Be Monsters folloing a group of sewer-dwelling oddballs, who are perceived as dangerous, but in fact have raised a orphan boy. Backed by Ben Kingsley, Isaac Hempstead-Wright, Elle Fanning, Jared Harris, Toni Collette, Nick Frost, Richard Ayoade, Tracy Morgan and Simon Pegg, the trailer uses Cee Lo Green‘s fitting “(You’re So Square) Baby, I Don’t Care.”

Following that we have our first teaser for the next producing effort from David Heyman, who last gave us Harry Potter and the Oscar-winning Gravity. With a mix of live-action and CGI, Paddington brings to life the iconic popularized by Michael Bond many decades ago. The first teaser is just that, only introducing our bear (voiced by Colin Firth), and hopefully this one is a worthwhile family film. Check out both teasers below, along with the poster for the latter.

From the beloved novels by Michael Bond and producer David Heyman (HARRY POTTER), PADDINGTON tells the story of the comic misadventures of a young Peruvian bear (voiced by Firth) who travels to the city in search of a home. Finding himself lost and alone, he begins to realize that city life is not all he had imagined – until he meets the kindly Brown family who read the label around his neck that says “Please look after this bear. Thank you,” and offer him a temporary haven. It looks as though his luck has changed until this rarest of bears catches the eye of a museum taxidermist. The Boxtrolls arrives on September 26th while Paddington lands on December 12th.

Which animation are you most looking forward to this fall?