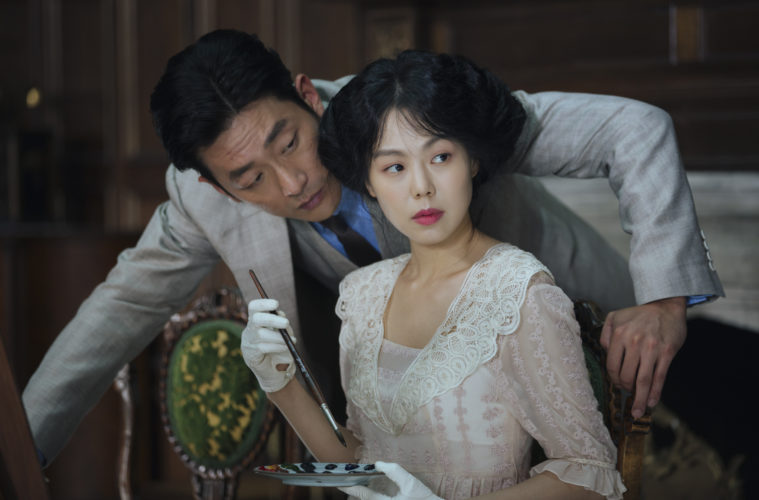 Easily one of our most-anticipated titles across the entire Cannes 2016 line-up is Park Chan-wook‘s follow-up to his English-language debut Stoker, The Handmaiden. Returning to South Korea, he’s adapted Sarah Waters‘ novel Fingersmith, the period crime drama that follows young female thieves (aka fingersmiths). Led by Ha Jung-woo, Kim Min-hee, Jo Jin-woong , and Kim Tae-ri, we now have a new batch of images and a pair of beautiful posters.

Adapting the story, Park follows a young Korean female pickpocket from the slums who is hired by a charming con man to join an elaborate scam. She becomes the personal servant of a wealthy Japanese heiress and seduces her. Picked up by Amazon Studios, they haven’t set a release date yet, but we imagine it’ll be sometime this fall, following a release in South Korea in June. Check out the images and poster above and below as we await a trailer.