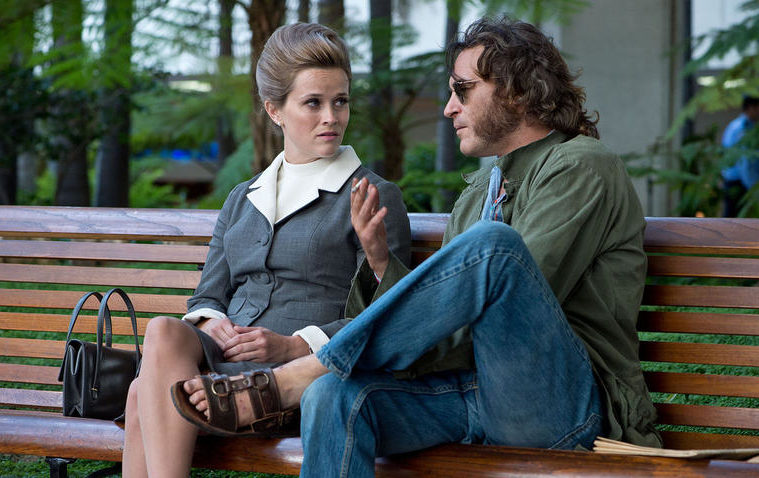 “It’s wild to think of both these films side by side in the same year,” NYFF’s Kent Jones tells the LA Times when it comes to the latest films from Paul Thomas Anderson and David Fincher. “Paul is an immersive filmmaker who gets into gestures and tone of the time so that film itself becomes a kind of time machine‎. David has a completely different way of making a movie where things become much more complex and layered in the structure of the film. With Paul a lot of that happens within the frame.”

Indeed, New York Film Festival features the world premiere of two the most-anticipated films of the year, Gone Girl and Inherent Vice, both included on our preview of the 25 must-see features at the festival. While the former will be hitting theaters in to time, Warner Bros. has barely begun the marketing of the latter, which we expect to gear up following the festival premiere. However, they have dropped a new still, which features our lead Joaquin Phoenix and co-star Reese Witherspoon (who plays Deputy District Attorney Penny Kimball, a former love interest of Phoenix’s character), marking their first reunion following Walk the Line. Check it out above and return for more on the film, the next update hopefully being either the trailer or our review from NYFF.