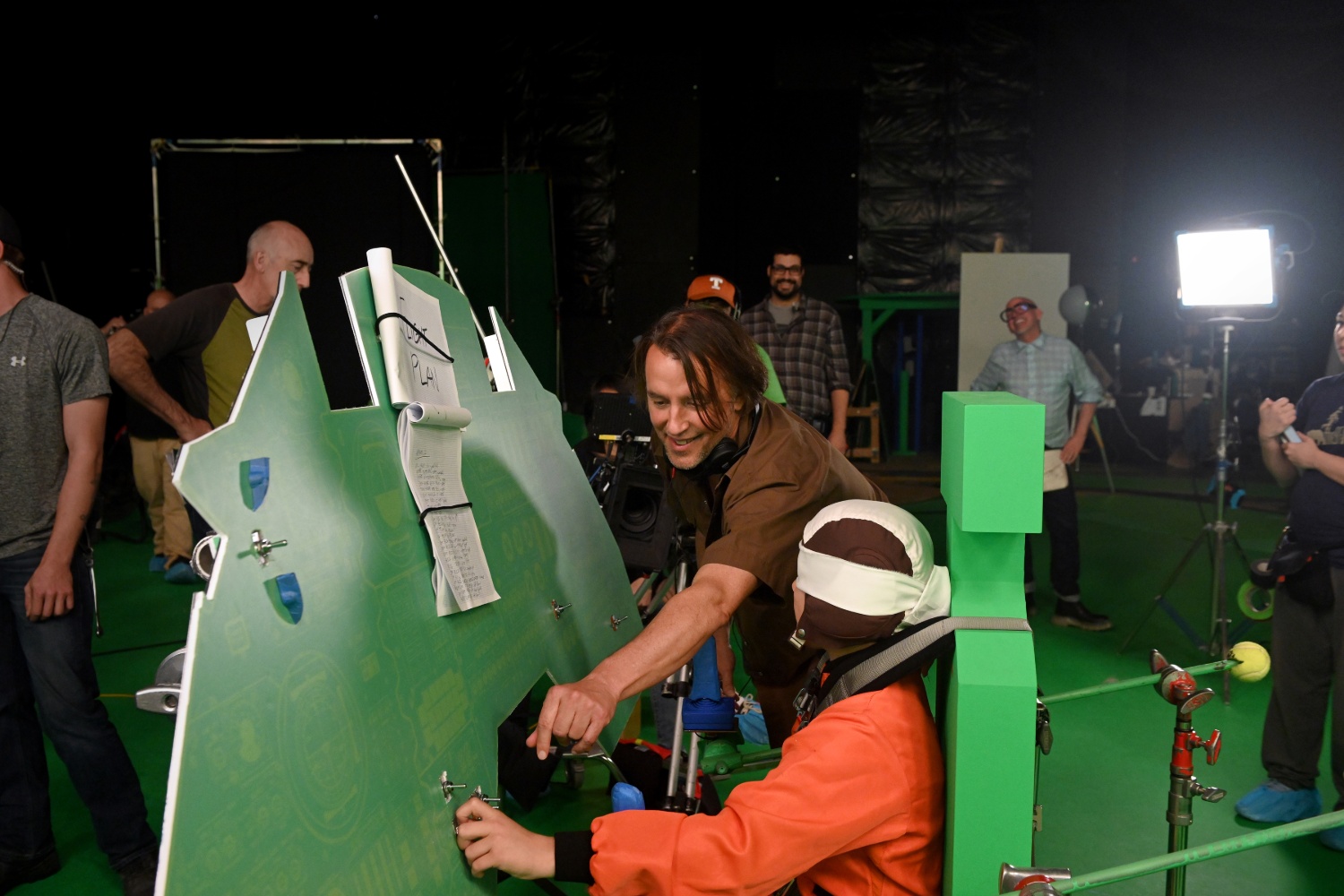 Last year, I spoke to Richard Linklater about his planned Houston-set film about the 1969 moon landing, and he revealed it had stalled. “It was kind of bittersweet for me. I did have this project, and I think I will get to do it eventually, but no one took the small step–or the great leap–at that time for me to have it out by the anniversary,” he said. “No one cared enough. I didn’t get to get the project off the ground… but someday!”

That someday is now today as Netflix has announced they’ve picked up the project, which is titled Apollo 10 ½: A Space Age Adventure. A secret live-action shoot was completed in March in Houston, Texas and the rest of the production will consist of an innovative hybrid of hand drawn and computer animated imagery. Featuring the cast of Jack Black, Zachary Levi, Glen Powell, Josh Wiggins, Milo Coy, Lee Eddy, Bill Wise, Natalie L’Amoreaux, Jessica Brynn Cohen, Sam Chipman, and Danielle Guilbot, check out a synopsis below.

Apollo 10 ½: A Space Age Adventure tells the story of the first moon landing in the summer of 1969 from two interwoven perspectives. It both captures the astronaut and mission control view of the triumphant moment, and the lesser-seen bottom up perspective of what it was like from an excited kid’s perspective, living near NASA but mostly watching it on TV like hundreds of millions of others. It’s ultimately both an exacting re-creation of this special moment in history and a kid’s fantasy about being plucked from his average life in suburbia to secretly train for a covert mission to the moon.

“It struck me years ago that this was my film to make, from both a chronological and proximity level – I was there, going into 3rd grade, “Linklater said. “Our unique animation style allows both the conjuring of a world long gone, and the flowing, playful expression of memory and imagination. It’s been a fun, creative journey to incorporate things like 3D graphics into a live action shoot to help bring this story to life.”

Linklater also told us, “It was kind of a magical time to be a kid living in the Houston area. That’s what was going on, NASA was right down the road and we all wanted to be astronauts. It was just a whole different world we were living in at that moment. I thought that’s worthy of exploring from the kid’s perspective. You know, they’re always making movies about the astronauts, how about the citizens’ perspective? We just celebrated the 50th anniversary, and it’s certainly worth celebrating. It’s like, oh my god, this is the biggest non-military undertaking in human history apparently? 400,000 people worked on it, 20,000 corporations? Incredible. That’s a big circle of people who got to share that triumph as everyone did, just as citizens of the world. I mean, it was special. There’s been nothing like it.”