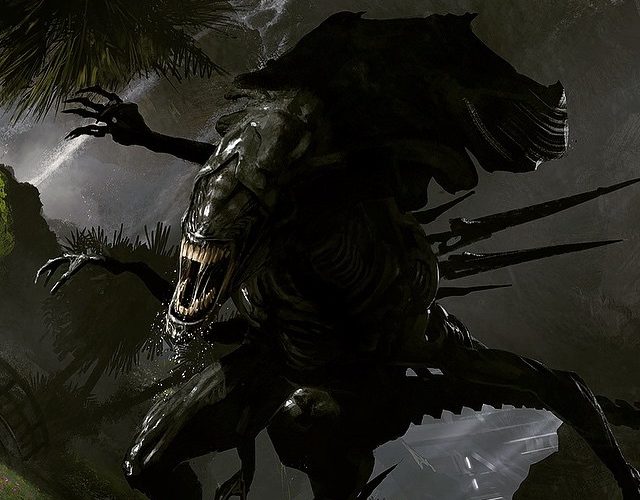 Just a short time ago, director Neill Blomkamp was better known for the film he didn’t direct (Halo), rather than his work thus far. But with his break-out District 9 and his follow-up Elysium he’s now carved out his own technology-geared science-fiction niche in Hollywood and today we have another look at a project from him we’ll likely never see.

Over the past day he’s been dropping images on his Instagram and Twitter for an Alien film he was working on, but it’s unclear if it was in any official capacity. The stills hint at an intriguing follow-up to James Cameron‘s film, as Ripley and Hicks are reunited, with the third and fourth film seemingly forgotten. If 20th Century Fox weren’t paying attention before, perhaps they should be. Ahead of Blomkamp’s Chappie (trailer) this March, check them out below, and as a bonus see 300 behind-the-scenes images from Alien. Ps this has nothing to do with the studio. I just feel like I might do something else instead. In which case why not show some work-

They didn’t really even know I was working on it ha — Neill Blomkamp (@NeillBlomkamp) January 2, 2015

Would you have liked to see Blomkamp’s Alien film?