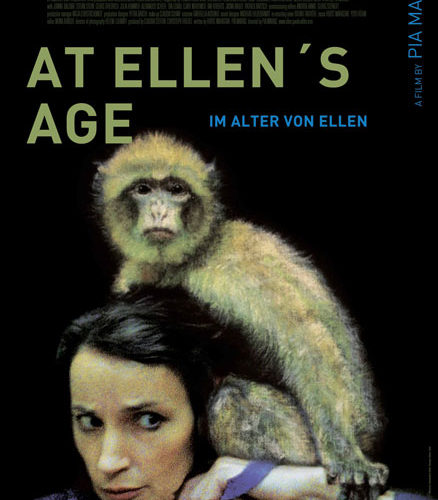 At Ellen’s Age, the follow-up to South African-born director Pia Marais’ award-winning debut The Unpolished, is an elegiac German drama that follows an unanchored woman through her rocky mid-life crisis. While a compelling concept, the execution of this rites of passage narrative is muddled at best.

Acclaimed French film star Jeanne Balibar plays Ellen, a globetrotting flight attendant who abruptly walks away from the life she knows after she receives grave news from her doctor and an infidelity confession from her lover. Reeling from this dramatic double-whammy Ellen’s life spirals into a tailspin that leaves her jobless, homeless, and lost. Now a stray, she’s suitably taken in by a group of grungy, twenty-something animal activists. She half-heartedly accompanies them on protests and late-night shenanigans but eventually grows tired of their youthful enthusiasm. Plagued by a wish for a grander purpose than freeing chicken and lab mice allows, she once again flees to a new life – this one in the treacherous jungles of Africa.

While this character-driven drama presents a promising premise, the film’s tone is consistently dismal and brooding, making for a dreary 95 minutes. The pace of this meandering odyssey of self-discovery is clunky and sluggish, and the final act feels anticlimactic and insipid as Ellen placidly dodders into her final destination. To her credit, Balibar does her best with the winding narrative, gamely going nude, wearing a monkey as a hat, and cavorting with scruffy young suitors. She’s undeniably magnetic as an actress, but it’s not enough to pull Ellen out of the muck.

The real reason the narrative falls flat is that its enigmatic protagonist refuses to confide in anyone, not her lover, her cohorts or even a well-placed stranger. Ellen is an island full of inner turmoil but refuses to share it. This means we, the audience, are also kept at arm’s length. Ellen, whatever her age, remains a stranger to us as she stumbles from one country, squat and/or vocation to the next, never letting us close enough to care. This ultimately makes her journey about as interesting as watching a stranger’s vacation slides.

At Ellen’s Age is currently screening at The Film Society of Lincoln Center’s NDNF.