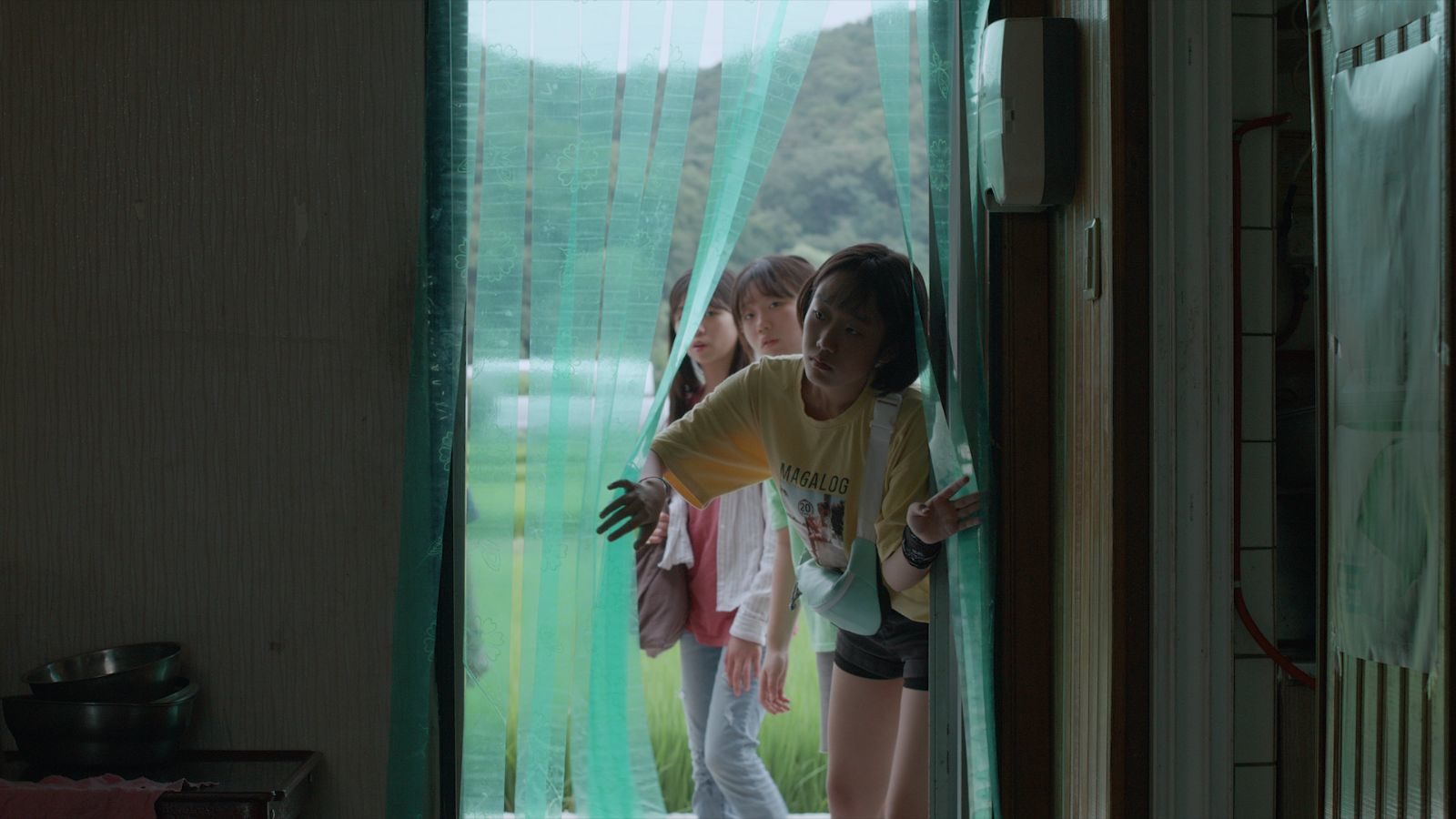 Four middle school students are asked by their photography club adviser to document the “end of the world” with disposable cameras, which might as well be alien relics to the smart-phone obsessed tweens. But in Kwon Min-pyo and Seo Han-sol’s lovely Short Vacation, these talkative girls embrace the ambiguity of their assignment, embarking on a long day trip down the Seoul Metropolitan Railway line. Before long, the familiar city skyscrapers have disappeared and been replaced by the open fields and empty streets of rural Korea.

Soon realizing that time unfolds differently out here, the girls begin to see this trip as an opportunity to putter around talking about whatever subject pops into their head. Eventually, the challenge of photographing spaces (or things) with a finite conclusion morphs into a more curious gaze that puts a value on each mundane snapshot (captured by the film’s sporadic cutaways to the pictures themselves). Unlike their cellphones, which quickly run out of batteries, the disposable cameras have only a set amount of pictures that can be taken.

Without access to their social media feeds and email, the girls hang out in a way that used to be standard for children but now feels revolutionary. Conversations are not rooted in the online gossip or exposure of the day. They are tied to the surroundings, ebbing and flowing like the train tracks and streets they choose to follow. There’s no sense that anyone is panicked about the shapelessness of their journey, or even feel the need to check in with parents. They seem truly free to wander see the world with fresh eyes.

Whether they actually do so or not is debatable, and Short Vacation never forces the issue. This is not an adventure about epiphany or awakening, but something more simple and defining. The film is almost too minimalist that we lose track of any details about their individual personalities, instead seeing them as one squad moving in a shared direction that just happens to be changing constantly.

As a result, the viewer is asked to embrace the film’s languishing mood and pace, paying attention to the little deviations in conversation that end up revealing more about these girls than anything.  For that reason Short Vacation might initially come off as quaint and minor. But co-directors Kwon and Seo are more interested in examining what adolescent vantage points look like when stripped of all familiar bearings, both technological and physical.

Coming-of-age films are, at their core, interested in the changes characters experience over a set amount of time. With Short Vacation, those fluctuations are more subtle and rooted in a growing sense of shared community. During the film’s pivotal final sequence in an empty house where the girls have taken refuge for the night, the social constructs of their collective relationships begin to become apparent.

In the end, Short Vacation becomes a portrait of quiet solace captured by random inspiration, something that is both tied to the dynamics of friendship and yet completely separate from it. Watching this film makes one pine to remember all the little digressions of day trips and overnighters that once seemed so important but have since faded from memory.