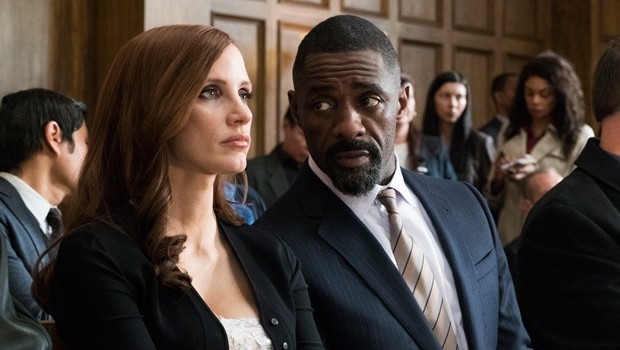 There are only a few writers in Hollywood that one can recognize their hand in a script within a single scene. Aaron Sorkin certainly falls under that category and now after winning Oscars and Emmys for his work, ranging from The Social Network to The West Wing, he’s making his directorial debut. The first trailer has now landed for Molly’s Game, which stars Jessica Chastain and is adapted from Molly Bloom’s own memoir about her time running high-stakes poker for a wealth of celebrities and powerful businessmen.

“Basically, the film follows along with the book, but also a lot of very interesting things happened to Molly after the book came out,” Chastain tells EW,” which includes being arrested by the FBI, and so [Aaron Sorkin] really has woven together the different parts of her life: her athletic and academic excellence, alongside with going to Los Angeles and trying to figure out what one has to become to be a leader and to find success — and all that is also woven with her court case.”

Also starring Idris Elba, Kevin Costner, Michael Cera, Jeremy Strong, Chris O’Dowd, and Bill Camp, check out the trailer below for the film that will premiere at TIFF.

MOLLY’S GAME is the true story of Molly Bloom a beautiful, young, Olympic-class skier who ran the world’s most exclusive high-stakes poker game for a decade before being arrested in the middle of the night by 17 FBI agents wielding automatic weapons. Her players included Hollywood royalty, sports stars, business titans and finally, unbeknownst to her, the Russian mob. Her only ally was her criminal defense lawyer Charlie Jaffey, who learned that there was much more to Molly than the tabloids led us to believe.