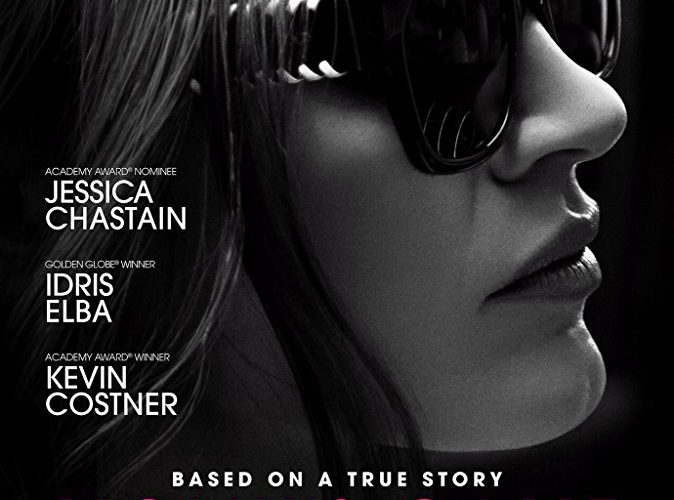 Molly’s Game is slick, flashy, highly entertaining, and hugely forgettable. Considering that it’s the directorial debut of Aaron Sorkin, that may come as a surprise. Sorkin is, of course, the much-imitated writer of The West Wing and The Newsroom. But perhaps his scripts for Moneyball and Steve Jobs are more relevant here. Both are based on true stories… just like Molly’s Game. Both are centered around tough, forceful protagonist… just like Molly’s Game. But when looking at this trio, Molly’s Game is far and away the lightweight.

That’s not entirely a bad thing. The story of underground poker titan Molly Bloom should be told with a light touch. Bloom’s tale is almost too full of highs and lows to be believed. Yet it’s all true. Bloom really was one of the nation’s finest young skiers, before a devastating injury ruined her chance to qualify for the Olympics. (The reason for Bloom’s injury is one of the film’s most memorable details; it’s best not to spoil it.) She really did end up as the personal assistant for a Hollywood power player who put her in charge of a weekly poker game. This game was indeed as star-powered as Bloom says it was. And yes, it really did all come crashing down with a spectacular flourish.

In the hands of Sorkin, and as embodied by the wondrous Jessica Chastain, Molly Bloom is a big-screen heroine who feels remarkably alive. She grew up under the rule of a narrow-eyed, bullyish psychiatrist father, played by Kevin Costner. As an adult she is fiercely independent, extremely cautious, and adept at creating an environment in which powerful men will trust her. After landing the personal assistant job, Bloom is entrusted with organizing an exclusive, big-money weekly poker game. It’s a revolving door of producers, hedge fund kingpins, and enigmatic young actors.

The latter is embodied by “Player X,” a green-screen veteran played with a flourish by Michael Cera. He’s a killer poker player with millions of dollars at hand, and a stated desire to destroy lives. Bloom recognizes that having Player X in her corner is essential to her success. But he also is the one figure with the ability to ruin her Los Angeles game. And ruin it, he does.

The action soon shifts to New York, and this move is a major speed bump from which the film never quite recovers. Her dealings with the Russian mafia, a dopey Irish player (Chris O’Dowd), and a murderer’s row of former Playmates lack the punch of Player X and company. What saves all of this, though, is Idris Elba. Sorkin frequently cuts back to Bloom’s strategy sessions with Charlie Jaffey, the lawyer defending her against federal charges. Elba and Chastain are riveting in their scenes together, turning what could be dull exposition into fascinating sparring sessions.

It was extremely wise of Sorkin to cast these two particular actors; the film simply would not work without performers at this skill level. Chastain has never been more confident on-screen, or embodied more power and Elba demonstrates why he an enigmatic cinematic presence. However, Sorkin the director makes some brutally amateurish choices, from over-adrenalized editing and a laughable score to dippy slo-mo and way, way, way too much voice-over. It is relentless, and often tiresome. Sorkin’s silliest mistake, though, is a late-film rapid therapy session between Costner and Chastain. What starts as a nicely probing exploration of a family’s past descends into an embarrassing bit of overacting from Costner. It makes Molly’s Game end on a sour note and it cements the feeling that this overlong film will be remembered as an entertaining diversion, nothing more.

Criticisms notwithstanding, Molly’s Game is undeniably enjoyable. It may not please Sorkin’s die-hard fans, and it never quite demonstrates why he was interested in this particular story for his first effort as a director. But Chastain, Elba, and some of the most deliriously tense poker sequences in cinema history cannot be ignored. When Molly’s Game is good, it’s very, very good. There are dazzling moments throughout, and it’s clear that Sorkin is having a blast. Much of the film is downright intoxicating, just like the world Molly Bloom found herself in. Molly’s Game might not be peak Sorkin, but just like the life of Molly Bloom, the successes outnumber the failures.

Molly’s Game premiered at the Toronto International Film Festival and opens on December 25.