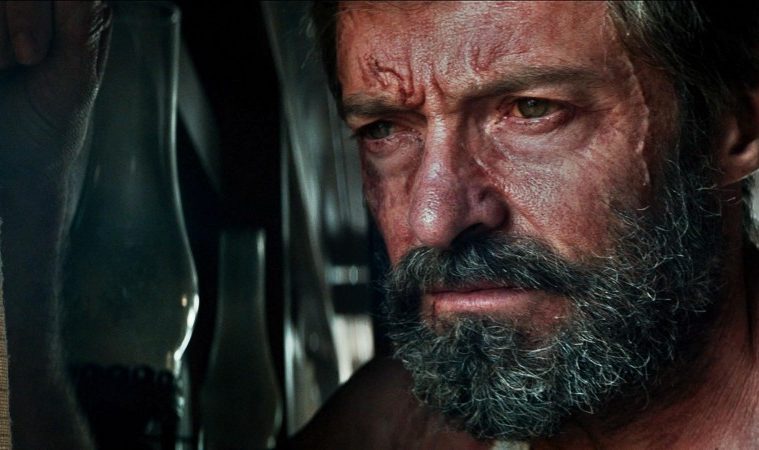 2017 was a year of tectonic personal shifts; I graduated college, moved out of my first apartment, and left the suburbs of my Pennsylvanian hometown for the city of Nanjing. Amidst the whirlwind of change, one steadfast constant providing a vital anchor of familiarity was cinema. This year, I was captivated by a litany of cinematic trails, from explorations through cinema’s roots to the excited study of digital auterists, or the father-son Sunday afternoon double-feature of now-ness provided by Logan Lucky and Good Time a few days before shipping off to the East. For me, cinema remains not a source of escape, but of essential existence. Through this, my top pick is a film that calls lovingly back to cinema’s roots while still stunning with modern beauty. In short, this list is very subjective — but then, of course it is.

Deep existential dread bathed in viscera, Ridley Scott’s latest is a wicked bastard of a movie. As thematically operatic as its younger sibling, and crueler than its towering mother, Alien: Covenant spits and screams with anger, its messy mouth covered in gurgling saliva curdled with blood. As adamant on eliciting a response as that last sentence, Scott throws his gnarled brush from a sordid easel of twisted, tar-black visual conceits in the name of watching humanity crumble by its own hand. Somehow, it’s a blast to watch.

A gripping blend of sight and sound, Dunkirk displays the intricate link between time and survival through Eisensteinian visual grammar and modern panache. I would be lying if I said form wasn’t the main source of excitement regarding Nolan’s latest; a year where I was particularly stimulated by both the old and new, Dunkirk satisfies in a way different than a film lower on this list, yet still effectively marries cinema’s history with today. While most of the surging emotions elicited (mostly from the upper third of Tom Hardy’s face) have all but left me, its cinematic language has not.

Before films lower on this list knocked my socks off, Ben Wheatley’s latest kept me up at 3am with a massive grin on my face. Free Fire reminds me of the sheer joy cinema can wrap one up in; it’s the sort of film that made me perk up in my seat, cackling as it instilled a sensation of excitement over how much fun I can have alone with moving images. It’s a firecracker of pure energy, blasting an incredible ensemble off in a warehouse of madcap fun.

Spine-tingling in a way few films could achieve this year, Get Out stands as a biting proclamation of where things (sadly) stand. Sharp and concise, it slaps the likes of white liberalism in the face while refusing to be defined as merely socio-political critique. Seemingly custom-fitted for rewarding rewatches, Get Out is immensely clever without being blunt. Still, it has a sledgehammer ferocity which demands to be taken seriously, anchored by one of the most enrapturing central performances this year. This is no comedy.

Expanding on the world of its economical predecessor, and upping the body count that growth seems to necessitate, John Wick: Chapter 2 finds the titular hitman tired and pissed off. Though these films blow away almost any other franchise having a run at the gauntlet right now, Wick himself seems to be suffering from franchise fatigue. Thankfully, this exhaustion starts and ends with John’s battered and bruised face, for the rest of us get to delight once again in a fireworks display of lush visuals and a hearty dose of shin-cracking, head-spurting gun-fu. John, please keep coming back.

A Ghost Story was a very intimate experience for me. As such, I am focused less on pure craft or structure than I am interested in feeling, and how these elements aid those feelings. A Ghost Story moves like a dream; unhinged from time, or perhaps linked so intensely to its motions as to rearrange a human conception of its passage, it is both seductive and crushing. Beneath its towering meditation of loss and its unshakeable association with life lies a deceptively simplistic dramatic question that, when answered, collapses the fabrics of the film beautifully into itself.

This is just good filmmaking, plain and simple. Every frame of Logan sings with historicity and maturation; caked in dust and blood, friends’ faces turned ashen and feeble, memories buried under sorrow and loss. After all this time, the exposure of six adamantium claws has never resonated so deeply, going beyond the shock of how viciously they cut flesh. This is the Wolverine I want, bellowing pure anguish as he is forced to resort to animalistic violence. For me, Logan is a superhero magnum opus, peeling back an iconic character to their core until all that remains is a wounded, beating heart.

Poeticism meets a punch in the face. A savage and jaw-dropping descent into the bowels of hell, Brawl in Cell Block 99 also manages to be one of the strongest depictions of selfless love put to screen this year. Vince Vaughn is nothing short of a revelation, suppressing anger in his face until it quakes from his body with explosive force. Balancing buttery-smooth-yet molasses-rich dialogue with unforgettable images, Brawl presses its gnarly boot into your gut and stomps. Also, it’s the best title this year, I won’t tolerate any other contenders. Bring on Dragged Across Concrete.

Like waking up to start your day in your dingy flat, only to realize you dosed three tabs of high-grade LSD before drifting off the night before; as the room shifts, your confusion rapidly develops into heart-thumping stress as you remember you have something really goddamn important to do today — life or death sorta stuff. This is the feverish, ultra-anxiety-inducing sensation that Good Time plunges viewers into from its opening seconds. A sort of cinema delirium, it pulses with a vibrant potency that reminds you film can grab you by the throat; I barely breathed, and I loved every second.

In every way Good Time is a hallucinogenic journey of modern lunacy, James Gray’s The Lost City of Z is its sublime counterpoint. A film steeped authentically in traditional cinematic grammar, it is a textural wonder whose emphasis on a simple cut to convey meaning and feeling is likely unmatched this year. I can still feel the sunlight cutting between branches in the jungle, coated in the dense aural tinglings of flowing water and chirping insects. Filled with warmth and adventure, The Lost City of Z stitches time and scenery into a divine sensory experience. In earnest, it is cinematic nirvana.