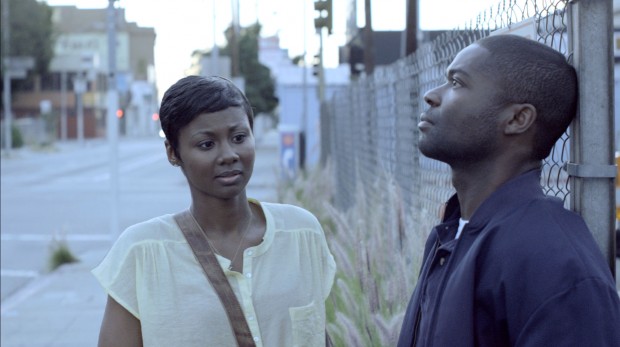 Following up Sean Durkin‘s best director win for Martha Marcy May Marlene at Sundance Film Festival last year was Ava DuVernay and her drama Middle of Nowhere. Despite sharing the first teaser and poster for the film before the festival, we never got a chance to check this one out. The film has now been picked up for a limited release later this fall and we’ve got a strong first trailer in the story of a woman dealing with her husband’s incarceration and the aftermath. Looking like it’s coming from a reserved, confident arena of filmmaking, hopefully it connects with audiences when it arrives in theaters. With a cast that includes Emayatzy Corinealdi, David Oyelowo, Omari Hardwick, Lorraine Toussaint, Edwina Findley and Sharon Lawrence, one can see the trailer and poster below via Apple. Winner of the Best Director Award at the 2012 Sundance Film Festival, MIDDLE OF NOWHERE follows Ruby, a bright medical student who sets aside her dreams and suspends her career when her husband is incarcerated. As the committed couple stares into the hollow end of an eight-year prison sentence, Ruby must learn to live another life, one marked by shame and separation. But through a chance encounter and a stunning betrayal that shakes her to her core, this steadfast wife is soon propelled in new and often shocking directions of self-discovery–caught between two worlds and two men in the search for herself.