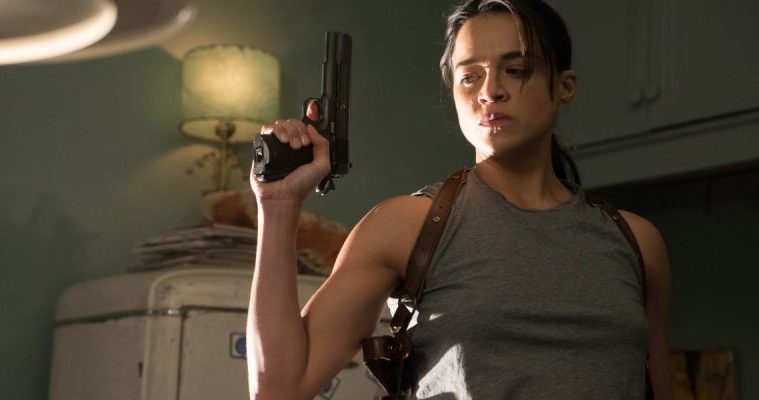 It’s one of the more preposterous set-ups for an action movie in recent years, and potentially among the most offensive: a male assassin is kidnapped by his enemies and wakes up as a woman, thus sending them on a vengeful journey. The idea might become easier to jibe with once it’s understood that this is the basis for a new film from Walter Hill — provided that you enjoy his brand of gritty actioner, ranging from The Driver to 48 Hrs. to The Warriors to Streets of Fire, and I’m only taking time to name the ones I’ve seen for myself.

Controversy nevertheless surrounded his new film, (Re)Assignment, when it premiered at TIFF last fall, and even our positive review said, “When expecting more of a real statement on gender, it can’t help but feel a little lacking.” But positive we were, and intrigued I am to see the thing, now called The Assignment, whenever Saban Films decide to release it.

Before that, there is a rather dashed-off trailer that does nothing to suggest whatever grace the multitude of positive reviews insist is there; this is much closer to a new Seagal picture than one of the highest-grade genre directors of his time. Let’s hope this is just a case of crummy editing.

See it below (via HeyUGuys):

Following an ace assassin who is double crossed by gangsters and falls into the hands of rogue surgeon known as The Doctor who turns him into a woman. The hitman now a hitwoman sets out for revenge, aided by a nurse named Johnnie who also has secrets.