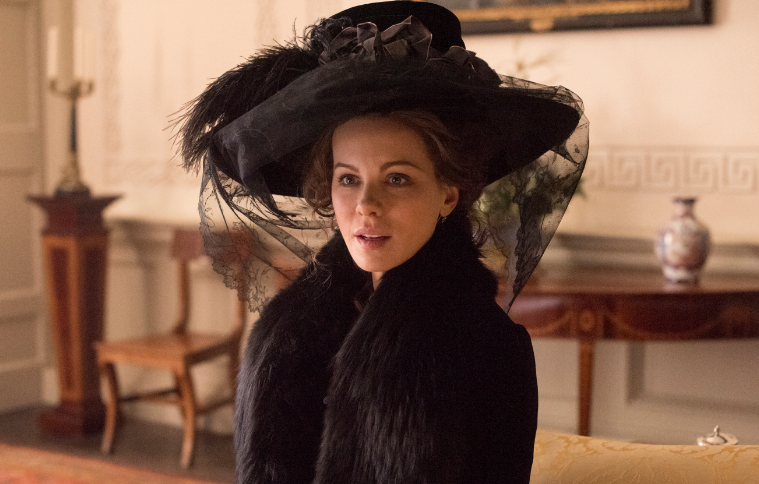 The dominant conversation about film in 2016 was its impending end. Just about every sphere of the cinematic world from filmmakers to established critics to loudmouth pundits had a doomsday proclamation about film, conflating national anxiety and middling blockbusters with far-flung conclusions. With the year in the books, it’s pretty easy to disagree with them. And I say that even as I diverge with public opinion on some of the biggest films of the year – Jackie, La La Land, Moonlight, Manchester By the Sea, etc.

But I’d be lying if I didn’t admit that my favorite experiences with film this year were less my most-anticipated than the ones that defied easy description. They weren’t always my favorites but films like The Love Witch, Lemonade, Operation Avalanche, Kate Plays Christine, and Aferim! were welcome reminders of the myriad ways that film could feel strange and new – and in the case of two of those, a hell of a good time to discuss on the podcast.

By the same token, my top ten aren’t necessarily the best in my opinion, but the choices that made me think the most about my own relationship with film, and how my expectations could be subverted. Finally, there’s many films that couldn’t fit on my list but a few of my most painful omissions are Indignation, Viktoria, A Bigger Splash, Edge of Seventeen, Mad, The Salesman, SPL 2, and Only Yesterday. And finally, for a bit larger survey of my 2016 opinions, here’s a vague ranking of the 183 new releases I saw this year.

10. Embrace of the Serpent (Ciro Guerra)

Another one that I wrote about back at the beginning of this year, and one that coincidentally deals with some of the same tensions between modernism and traditionalism of Kaili Blues. Ciro Guerra’s film is an expansive, hallucinogenic journey across time, but also an unexpectedly moving consideration of personal biases and how different cultures interact with each other.

Kelly Reichardt’s films have often been about quiet anarchy, characters who hardly ever thrive, but have a codependent relationship with rebellion. They’re naturally gravitated to being outsiders, to living off the land, and finding peace in their own isolation — even as they silently curse the stars for their loneliness. Certain Women is then appropriately defiant in Reichardt’s filmography, allowing the women at the center of each of these anthology stories to finally be given some catharsis. The film itself is likewise exceedingly generous, offering some of the best performers of this generation (and the next) an opportunity to no longer wander, but to be heard.

I wrote the review for this one back in March, but Bi Gan’s debut is one of those films that’s gradually glommed onto my brain for the remainder of last year. A meditation on the cruel passage of time, what’s lost in the process, and the haunted imprints, Gan’s film very slowly inures viewers to its singular view of time and space until its mingling of the real and unreal is only natural. Told with an eye toward visual poetry over narrative coherency, Gan’s film casts a gentle spell, wrapping up the viewers in a soothing fog where time and place are irrelevant, and even our most dreaded ghosts can be a comfort.

There are individual images and sequences from Kristen Johnson’s autobiographical bricolage that have stuck with me all year, and yet it still feels nearly impossible to describe the film’s pleasures in words. Culled from decades of B-roll from Johnson’s work, she builds a narrative of her life arranged in a way that feels both totally incidental and carefully crafted. The imagery can range from little more than footage skirting along the edge of a market to the first breath from a newly birthed infant, but there’s no sense of internal hierarchy. All of it is placed side by side as an overwhelming mass, and the only possible response is submission.

There were other films that I laughed more at this year, but there were none that made me think more about the existential terror involved in the mechanics of comedy. The ingenuity of Maren Ade’s deeply ambitious comedy/corporate satire is less in the specificity of the jokes than how they’re being told and delivered. Ade’s formal prowess easily upstages nearly every major comedy director working now, bringing a building scale to compositions in ways that, yes, recall the Jackass series in their move from the mundane to the absurd. The difference is that Ade doesn’t count even after the maximum amount of discomfort has been wrung out of the situation. Instead, the film just lingers on the central father/daughter relationship until it moves from yuks to a telepathic emotional connection. At nearly three hours, Toni Erdmann is undeniably intimidating, but its length is paramount to its success, agonizing over every aspect of their family relationship until paralyzing fear and begrudging admiration are nearly one in the same.

Mike Mills‘ third film probably won’t convert anyone who was put off by his debut’s pop art style and pervasive whimsy, but it’s nonetheless an even stronger refinement of his talents as a writer and filmmaker interested in the intersections between our past and present identities. Working with an ensemble that’s among the strongest of the year (Annette Bening, Greta Gerwig, and Billy Crudup), 20th Century Women is heavily shaded with the philosophies of the late 70s from protopunk/hardcore DIY culture to second-wave feminism, but it’s more directly about the influence of people above any type of dominant ideology. It’s about the crushes, the cool aunts, and of course, the mothers in all our lives. But the beauty of Mills’ film is that he refuses to merely shroud these characters in a mythos of cool or mystery. Every character has their story told, but the film never presupposes that these people have been exhausted of their worth or completely dissected. They’re glimpses of all the different people we could be.

South Korean auteur Hong Sang-soo has built a formidable career off variations on the same thematic, structural, and formal choices, and Right Now, Wrong Then is another permutation involving his three favorite subjects – film critics, drinking, and pathetic men – but while Sang-soo’s films nearly always have a playful intelligence in their construction, they rarely feel this deceptively moving. A pronged look at a single night and how it changes based on changes in a conversation (they range from minor wording changes to decisions about whether to disclose personal revelations), it’s an ideal scenario for the director whose effortlessly patient style perfectly allows him to immerse the audience into the ebb and flow of the conversation. Expertly moving between naturalism and self-awareness in both its formal choices and the performances (Kim Min-hee imbues every line with a crucial conversational purity), the film also becomes a multi-faceted experience. On one hand, it’s a great romantic comedy, just watching two strangers get to know each other over the course of a single night, but it also becomes a playful examination of how we all process the experience of watching a film.

Few contemporary filmmakers have more of love affair with the sound and tonal possibilities of the English language than Whit Stillman. And he’s rarely more in tune with the material than in Love & Friendship, an expertly crafted and tremendously entertaining adaptation of Jane Austen’s epistolary novella, Lady Susan. Helmed with winking irony and sensuous pageantry, Love & Friendship, is an adoring skewering of nearly every Austen archetype from ivory tower buffoons to outmatched ingenues to hunky chumps. And floating above all these outsized characterizations and precise period details, there’s the acid-tongued lead played by Kate Beckinsale, who’s so prenaturally cognizant of every vector of high society that the film feels less like a romance or a comedy than a meticulously planned heist.

Incrementally sprawling over eight hours, Ezra Edelman’s O.J.: Made In America begins comparatively small as a well-made 30 for 30 sports documentary before gradually revealing its interests in symptomatic national problems through its microscopic regional context. This chronicle of star football player/public lightning rod, O.J. Simpson assuredly transforms into a decades spanning examination of America’s willful blindness about racial assumption, class perception, and exceptionalism. Overflowing with sheer information, context, and kind and critical perspectives, Edelman avoids all opportunities to streamline Simpson’s story for the sake of thematic or narrative neatness. Instead, he presents O.J. with all of his contradictions – political and personal – intact, and deftly folds in every social context from the Rodney King riots’ repercussions to the impact of O.J.’s visibility as a famous black man in the 70s and 80s.

Paul Verhoeven’s latest treatise on high/low art isn’t going to appeal to everyone, and as this awards season has shown, it’s already deeply offended some. But its messiness and blurred moral provocations are key to its power as a piece of cinematic trickery. A masterful character study, Elle dresses up a pulpy morality play with an austere European arthouse sheen, and then sends its powerfully passive lead through a minefield of ethical conundrums, often praising and condemning sticky taboos at the exact same time. And while Verhoeven is firmly in his cinematic niche as a proud pervert/armchair psychologist, the film is foremost an act of supreme control from lead Isabelle Huppert, who even when forced to be the victim of the story, plays the role with such blinding conviction and thorny pragmatism, that she can only emerge from these horrors with renewed strength.