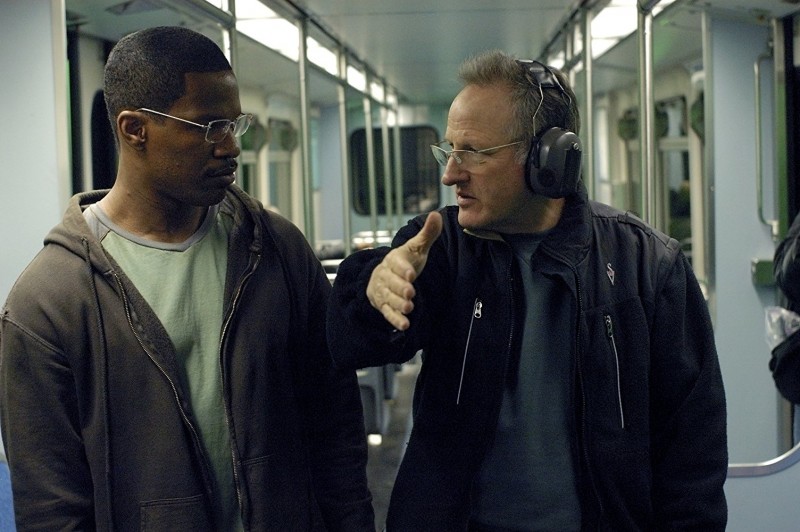 Michael Mann began his career as a visual storyteller on television.  He wrote episodes of Starsky and Hutch, directed the made for TV film The Jericho Mile, and served as executive producer on the groundbreaking and stylish hit Miami Vice. Since the 1980s, Mann has established himself as a highly-influential player in the cinematic canon with artful and tragedy-laden crime films such as Thief, Manhunter, and Heat. His films often include the interweaving and clashing of ideologies between two opposing, yet strikingly similar, characters, the presentation of architecture and cityscapes (typically Los Angeles) that personify the setting as both looming over, and removed from, the action, and devastating violence.

In BFI’s most recent Sight & Sound poll, Mann compiled a list of his 10 favorite films which includes a variety of American classics, game-changing silent masterpieces from the 1920s, and a surprising pair of films from 2009. The broken humanity at the core of Raging Bull’s male antihero Jake LaMotta and violent showdowns of Peckinpah’s tonally heavy western The Wild Bunch are among the many lines that can be drawn between Mann’s selections and his own style.

As we await his next film, which may be an Enzo Ferrari biopic, check out his favorites with comments from the director below.

Coppola evoked the high-voltage, dark identity quest, journeying into overload; the wildness and nihilism – all captured in operatic and concrete narrative, with the highest degree of difficulty. A masterpiece.

Upon the foundation of an entirely invented biosystem, Avatar is a brilliant synthesis of mythic tropes, with debts to Lévi-Strauss and Frazier’s The Golden Bough. It soars because, simply, it stones and transports you.

With Battleship Potemkin, Eisenstein not only laid the theoretical foundation for much of 20th-century cinematic narrative in 1924, but made one of cinema’s great classics, applying dialectics to the collision of antithetical compositional elements and meaning. Its influence in British, Weimar and American cinema is huge.

The profound struggle through the lower depths of Barcelona street life of a human soul, Biutiful is resplendent with grace, pathos and love. Pure poetry.

Citizen Kane was a watershed: a life’s linear history reassembled into a novelistic narrative by investigators querying its meaning. And done with Wellesian brio, to a grand scale.

The whole of Dr. Strangelove is a high-energy third act. On American Cold War policy and political-military culture, it is devastatingly more effective through hilarious ridicule than are any number of cautionary fables.

My Darling Clementine is possibly the finest drama in the western genre, with a stunningly subjective Wyatt Earp (Henry Fonda). It achieves near-perfection cinematically in many of its passages via its blocking, shooting and editing.

Human experience conveyed purely from the visualisation of the human face: no one else has composed and realised human beings quite like Dreyer in The Passion of Joan of Arc.

Raging Bull immerses us into the failing and besotted life of LaMotta and his need for and pursuit of redemption. The humanity of the picture is extraordinary, as is Marty’s execution.

The Wild Bunch: no other picture captures the poignancy of ‘the last of’, a fin de siècle sense of the west, of ageing, of the pathos of twilight.