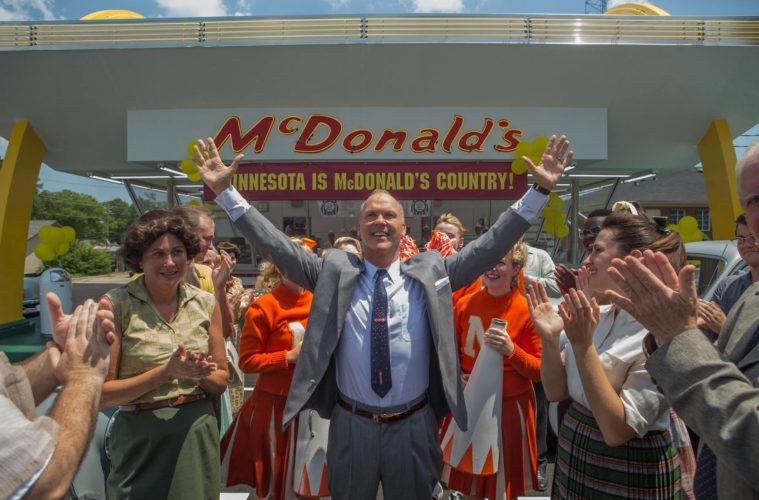 Update: The film has been pushed back to December 16th limited release and January 20th wide opening.

Continuing his comeback streak following Birdman, Michael Keaton once again led a Best Picture-winning feature with last year’s Spotlight. He’s back this year with The Founder, a true story drama which depicts the creation of the ubiquitous fast food empire McDonalds. Ahead of a summer release from The Weinstein Company, the first trailer has now arrived.

Directed by John Lee Hancock (The Blind Side) and written by Robert D. Siegel (Big Fan), the helmer is mostly known for his awards-friendly features which don’t always have a lasting impact, but perhaps the darker side of the writer will pull out something special. Also starring Nick Offerman, Linda Cardellini, Laura Dern, BJ Novak, and John Caroll Lynch, check out the trailer below.

Written by Robert Siegel (BIG FAN), THE FOUNDER is a drama that tells the true story of how Ray Kroc (Michael Keaton), a salesman from Illinois, met Mac and Dick McDonald, who were running a burger operation in 1950s Southern California. Kroc was impressed by the brothers’ speedy system of making the food and saw franchise potential. He maneuvered himself into a position to be able to pull the company from the brothers and create a billion-dollar empire.