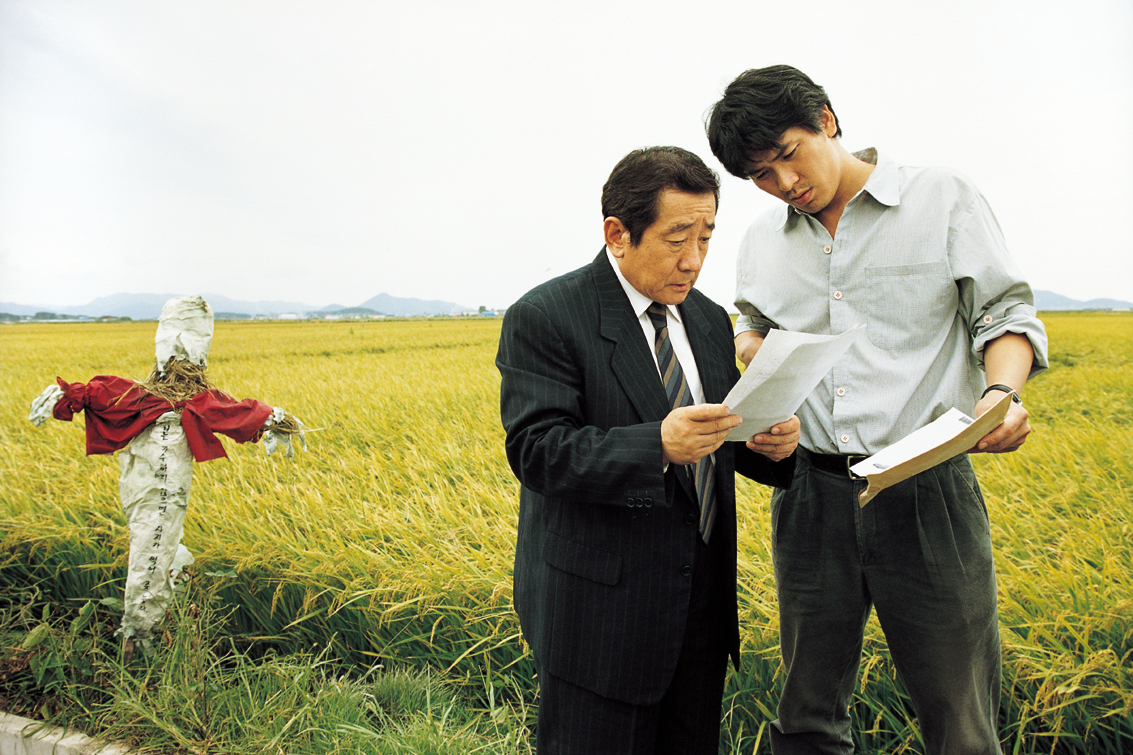 With Bong Joon Ho’s Parasite making history, it was a given that more attention would be paid to his stellar prior works. Notably, his crime drama masterpiece Memories of Murder, which is now confirmed for a UK and US theatrical release followed by an eventual debut on The Criterion Collection.

Set to open in UK cinemas starting this Friday via Curzon, NEON also announced the restoration will be in US theaters nationwide October 19th and October 20th for a two night limited theatrical engagement in partnership with Fathom Events. The special presentation of the film will include exclusive content plus a post-screening conversation with Bong Joon Ho and celebrated filmmaker Edgar Wright (Baby Driver, Scott Pilgrim vs the World, Hot Fuzz).

Memories of Murder tells the harrowing true story of the hunt for a sadistic serial rapist and murderer terrorizing a small province in 1980s South Korea. Marking the first of many successful collaborations between four-time Oscar winner Bong Joon Ho and leading man Song Kang Ho, the film follows the paths of three increasingly desperate detectives as they attempt to decipher the violent mind of a killer in a futile effort to solve the case. Now, seventeen years after its initial release, and a year after the real culprit was identified, this cult classic takes its place as a modern masterpiece.

On the release of his 2003 film, Bong Joon Ho remarked, “[This] case is an intertwined web of tragedy and black comedy—the eerie comedy that blooms within the air during the most absurd of times. The film is an uncanny, yet natural, mixture of horror and comedy because we were truly living in such times… I once threw my entire body and soul to create this film, and now my eyes are on how this film will plow through the long tunnel of time as it greets a new chapter in the fall of 2020 in the US.”

See the US, trailer, UK teaser, and UK poster below.

The new restoration Memories of Murder opens on September 11 in UK cinemas and plays on October 19th and October 20th in US theaters.