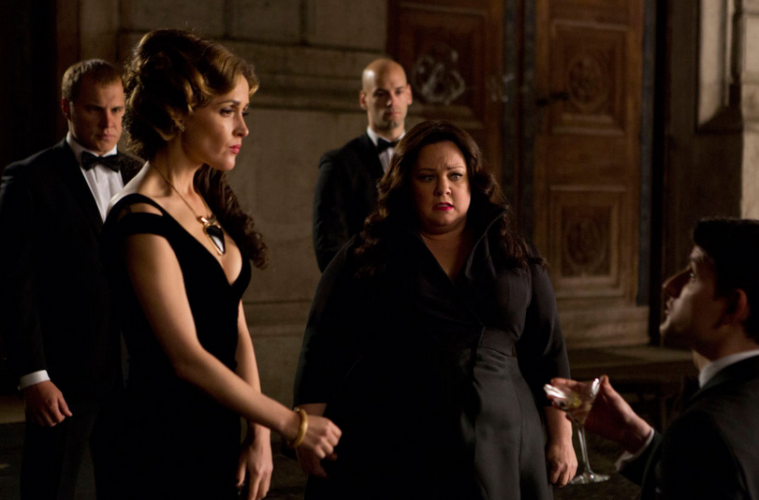 After showing off a bit of action in The Heat, Paul Feig will get another chance in his forthcoming Spy, leading up to what’s sure to be his biggest project yet, his female-led Ghostbusters reboot. All featuring Melissa McCarthy, their latest project features a twist on James Bond. Ahead of a release this summer, 20th Century Fox has now released a new trailer showing off more of the story.

We said in our review, “This shouldn’t be nearly as funny nor on-point about the way that society treats middle-aged women, yet it hits those marks continually. Much of the plot becomes nonsense by the end of the film and yet one can’t help but laugh as familiar faces are thrown in again and again. Another successfully comedy from Feig, Spy is equally funny as it is full of charm and genuinely solid action beats.” Check out the new trailer below for the film also starring Jason Statham, Rose Byrne, Bobby Cannavale, Allison Janney, Curtis “50 Cent” Jackson, Miranda Hart, and Jude Law.

Susan Cooper (Melissa McCarthy) is an unassuming, deskbound CIA analyst, and the unsung hero behind the Agency’s most dangerous missions. But when her partner (Jude Law) falls off the grid and another top agent (Jason Statham) is compromised, she volunteers to go deep undercover to infiltrate the world of a deadly arms dealer, and prevent a global disaster.