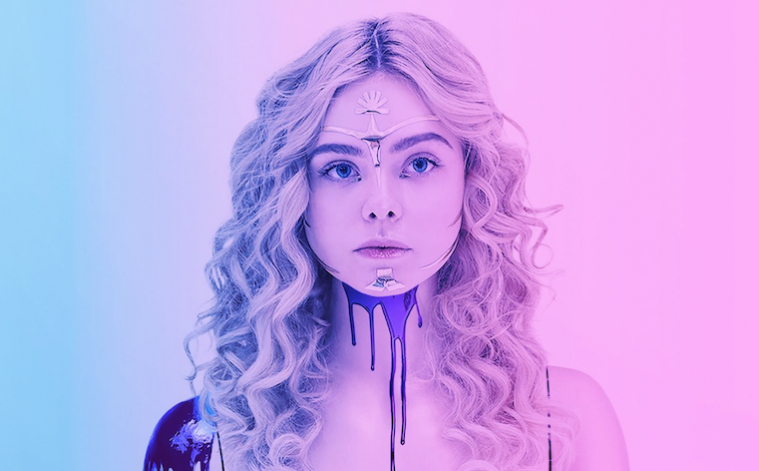 With two seasons of True Detective under his belt, Nic Pizzolatto is trying his damnedest to break into the feature film side of Hollywood. While he co-wrote this fall’s The Magnificent Seven remake, his longest-developing project is his own adaptation of his 2010 novel Galveston. Once set to be in the hands of Armadillo helmer Janus Metz with Matthias Schoenarts leading, a new creative team has now come on board.

Mélanie Laurent, coming off her excellent, overlooked drama Breathe (now streaming on Netflix), will now make her English-language debut directing Ben Foster and Elle Fanning in the drama. Foster leads the “visceral crime thriller set in a boiling cauldron of violence and desperation” as a terminally ill man who is also being hunted down by his loan-shark boss. When one thinks of Pizzolatto, Laurent’s tender, intimate style of filmmaking isn’t quite the first thing that pops in our head, but her involvement has us anticipating this one tenfold.

“‘Pizzolatto’s gripping writing has assembled brilliant talent. Mélanie’s confident debut Breathe showcased both her ability to create insightful, sympathetic characters experiencing heart-wrenching emotional change, and her natural control of atmosphere and plot,” producer Tyler Davidson says. “(Laurent) will direct subtle and moving performances, and transport us the audience through the breath- taking Texan landscape and the shocking, sudden violence of its criminal world. She couldn’t have had a better filmmaking experience as an actress working with the likes of Villeneuve, Tarantino and Audiard.”

Check out the book’s synopsis below and pick it up here.

rom the creator, writer, and executive producer of the HBO crime series True Detective, comes a dark and visceral literary debut set along the seedy wastelands of Galveston.

On the same day that Roy Cady is diagnosed with a terminal illness, he senses that his boss, a dangerous loan-sharking bar-owner, wants him dead. Known “without affection” to members of the boss’s crew as “Big Country” on account of his long hair, beard, and cowboy boots, Roy is alert to the possibility that a routine assignment could be a deathtrap. Which it is. Yet what the would-be killers do to Roy Cady is not the same as what he does to them, which is to say that after a smoking spasm of violence, they are mostly dead and he is mostly alive.

Before Roy makes his getaway, he realizes there are two women in the apartment, one of them still breathing, and he sees something in her frightened, defiant eyes that causes a fateful decision. He takes her with him as he goes on the run from New Orleans to Galveston, Texas—an action as ill-advised as it is inescapable. The girl’s name is Rocky, and she is too young, too tough, too sexy—and far too much trouble. Roy, Rocky, and her sister hide in the battered seascape of Galveston’s country-western bars and fleabag hotels, a world of treacherous drifters, pickup trucks, and ashed-out hopes. Any chance that they will find safety there is soon lost. Rocky is a girl with quite a story to tell, one that will pursue and damage Roy for a very long time to come.

Recalling the moody violence of the early novels of Cormac McCarthy and Denis Johnson, this powerful, potent, and atmospheric thriller is impossible to put down. Constructed with maximum tension and haunting aftereffect, written in darkly beautiful prose, Galveston announces the arrival of a major new literary talent.

Galveston begins shooting on January 10th for a likely premiere later in 2017.