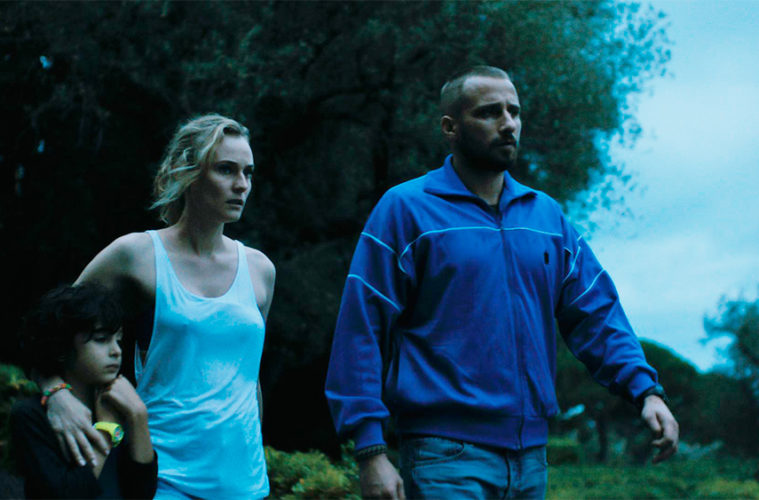 A home-invasion thriller that attempts to bring something extra by infusing the trauma of the War on Terror, Disorder (formerly titled Maryland) ultimately proves a mixed bag. We didn’t much like the film upon seeing it at last year’s AFI Fest, saying it “stretches on interminably with Vincent looking sad, weary, on edge, or some combination of the three. Writer-director Alice Winocour does a fine job establishing the geography of Maryland, Jessie’s (Diane Kruger) sprawling estate, and inducing anxiety by framing distant spaces against Vincent’s (Matthias Schoenaerts) gaze as it roves for danger. But after a certain amount of inaction and anticlimax, a slow burn is just a fizzle. At 100 minutes, it uses up its suspense tricks early. It doesn’t help that, when violence finally breaks out, the action is shot and edited utterly without sense.”

Ahead of its U.K. release, a trailer showcasing the film’s attempted mix of psychological and physical terror has been put online. See it below (via Empire):

Following a tour of duty, Special Services soldier Vincent (Schoenaerts) takes a job in security for a wealthy Lebanese businessman and his family. During a lavish party one night, at their luxurious “Maryland” villa, Vincent senses that something is amiss. When his employer is then urgently called away on business Vincent is left to ensure the safety of his wife Jessie (Kruger) and their child. Suffering from post-traumatic stress, Vincent battles his own paranoia whilst clinging to the certainty that Jessie and her family are in immediate danger, unleashing a hell-bent determination to protect them at all costs.

Disorder will open in the U.K. on March 25. Sundance Selects are to release it in the U.S.