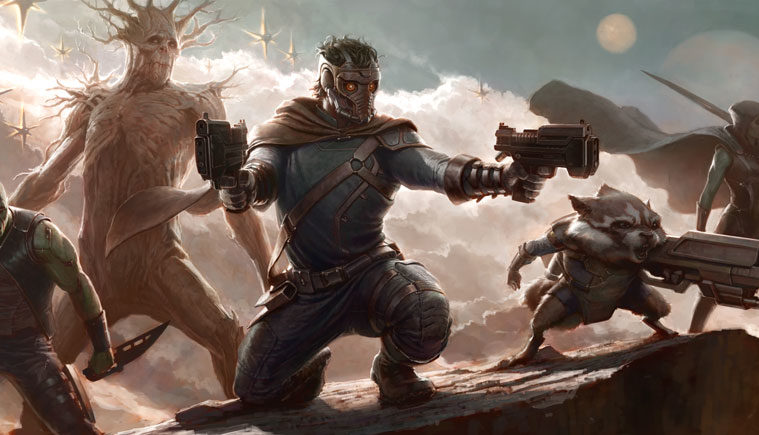 It wouldn’t be Comic-Con without some superhero news. When Marvel president Kevin Feige took the Hall H stage, he came with a mountain of new information. After flaunting the massive sucesss of The Avengers, he said they are launching into “phase 2” of the Marvel universe and confirmed release dates, revealed full titles, concept art and more for the next four films.

First up, Shane Black‘s Iron Man 3 will indeed arrive on May 3rd, 2013 and despite many previous denials, will feature the villain Mandarin as played by Ben Kingsley. Then the next Thor sequel will hit on November 8th, 2013 and it’s been given the title Thor: The Dark World with the “entire cast returning.” Although with Mads Mikkelsen departing, there was no news on a new villain. After that, the next Captain America will hit in the pre-summer release of April 4th, 2014 and it’s been given the title Captain America: The Winter Soldier, which confirms a storyline featuring the return of Sebastian Stan as Chris Evans‘ sidekick Bucky Barnes.

Second to last, we got confirmation on the animated feature Guardians of the Galaxy, arriving on August 1st, 2014, featuring the team of StarLord, Drax the Destroyer, Rocket Racoon, Groot, and Gamora (seen above in concept art). There were no other details on talent attached to this one, but we’re a ways off. Lastly, Edgar Wright took the stage to show off that test reel for Ant-Man he shot a few weeks ago. Unfortunately, there was no set release date or even cast updates, but it’s nice to know that Marvel clearly intends on making this one. Check out a synopsis of that test footage reel below via Collider, followed by all the logo art.

The footage opened with Ant-Man sitting on a ledge in an air conditioning vent that lead to a hallway guarded by two agents. The costume was pretty metallic looking, and he snuck through the vent hole and started running down the hallway. He morphed to normal size, shocking the guards, then morphed back down to ant size and kept running. Still in “ant size” he leapt up and punched one of the guys in the face, knocking the spit out of him, then he ran and attacked the other guard. Which Marvel film are you most anticipating?