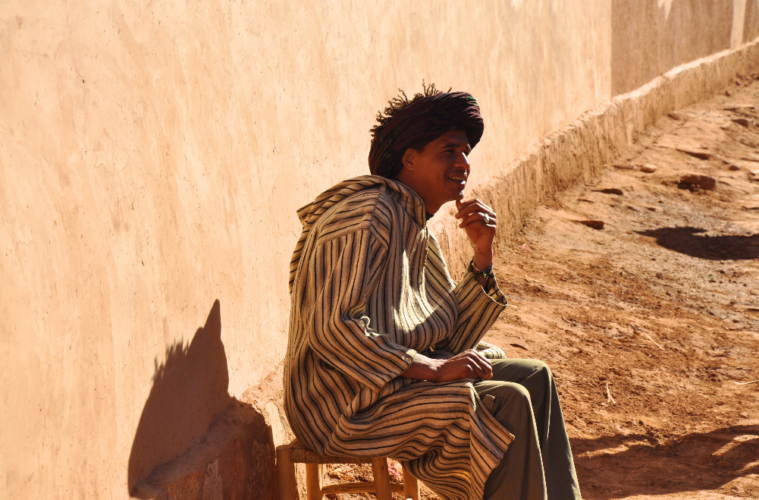 Marrakech 2015: Spending a Week in a Cinematic Oasis

In its 15th year of existence, the Marrakech International Film Festival has become a cross section of global cinema, celebrity spectacle, and royal opulence. Situated centrally in the Northern African country of Morocco, Marrakech is an oasis hidden in the middle of the desert. This city has a rich cultural history, with architecture dating back to the 12th century and a bustling medina that will give you an experience you won’t soon forget. Upon receiving the invitation for the festival, I wasn’t sure what to expect, but a few rave endorsements from a handful of journalists who had made the voyage years prior piqued my curiosity. In short, I’m extremely happy with the decision to go, for the amazing journey to the country offered a vast societal experience equally as important as the unique films in the festival.

The whole experience reminded me a bit of the Cannes Film Festival, considered by many to be the Super Bowl of cinema, only operating on a slightly smaller scale. Film International Festival du Marrakesh — or FIFM as it’s known on social media — uses a bit of the red-carpet glamour to capture the romantic feeling of old Hollywood, where the presence of international stars elevates the experience of each screening or gala. This is exemplified by the high-caliber star power of the jury, which included Olga Kurylenko, Anton Corbijn, Jean-Pierre Jeunet, and had the Godfather himself, Francis Ford Coppola, leading the team as president. In addition, there were three masterclass events with very exciting figures in modern filmmaking, including Park Chan-wook, Fatih Akin, and Abbas Kiarostami, as well as a celebration of Canadian cinema led by Atom Egoyan. The opening-night festivities gave a lifetime achievement award to Bill Murray, who debuted his Morocco-shot Rock the Kasbah and was introduced by none other than Sofia Coppola. So there’s no shortage on big names, but that’s irrelevant if the films are no good.

Thankfully, that was not the case, and, among the titles I saw in competition, several stood out as high-quality and thoughtful experiences. These included the Korean film Steel Flower, seemingly inspired by the Dardenne’s Rosetta; the mysterious Iranian exposé of Islamic culture, Paradise; and the Brazilian bizarreness of Neon Bull, which takes us deep into the lives of a traveling troupe of Brazilian bull herders. Out-of-competition films were a bit more uneven, including Egoyan’s Remember, Barry Levinson’s disappointing Rock the Kasbah, and Belgian filmmaker Joachim Lafosse‘s uninspired The White Knights. Probably the most appealing mainstream film of the festival, Lebanon’s Very Big Shot, was also one of the most entertaining, which ended up winning the main prize in the festival. (One can see my coverage here.) However, in an interesting twist at the closing ceremony, Mr. Coppola declared that the rest of the jury awards go to cinema itself, and awarded each director an honorary prize in a bid for solidarity by not discriminating against any specific work.

In addition to the lineup of films, galas, and masterclasses, the festival extended beyond the cinematic offerings with special events and trips. One of the most memorable was a day trip to the desert city of Ouarzazate, a popular location for films productions in Morocco. Among the movies shot there include Lawerence of Arabia, Jesus of Nazareth, Kundun, The Mummy, and several Ridley Scott films, including Kingdom of Heaven, Black Hawk Down, and Gladiator. For Kingdom of Heaven, an entire fake castle was constructed in less than a month, and it remains there to this day. Our guide and my principal contact at the fest, L’Houssaine Oulbaz, told us an excellent story of how he played an extra coliseum fighter during the production of Gladiator and how he used the costume to earn him one of his first dates. It was fascinating to see the lush landscape used in countless films as well as the impressive studio system they have in place. We also got to tour the many fancy hotels of Marrakech, often getting private tours and meeting with honorary members of the festival. All in all, it’s hard to bottle up the many amazing elements that led to such an incredible event, but hopefully our coverage inspires you to visit the country and film festival one day in the future.