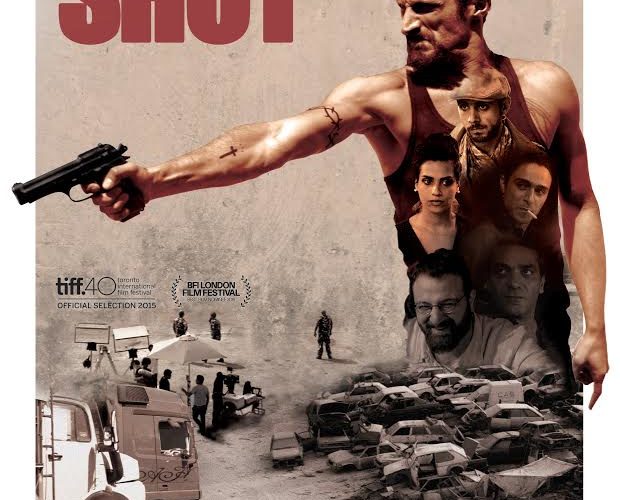 Lebanese director Mir-Jean Bou Chaaya channels the frenetic energy of Beirut in his highly enjoyable debut feature Very Big Shot. Split into two distinctively different genres, this film follows a group of drug dealers who decide to get into the moviemaking business as a front for their illicit operation. Saddling the lines between a gangster flick and a satiric comedy, Chaya is able to solidify distinctions between these two styles while maintaining a high entertainment value that will undoubtedly appeal to mainstream audiences. Furthermore, its performances feel vivid and fresh despite some characterization playing on stereotypes and cliches in Lebanese cinema. At it’s core, it’s the manner in which one film is created while another is demystified that makes the experience of Very Big Shot a very big success.

The narrative centers on Ziad (Alain Saadeh), a charismatic pizza-shop owner who uses his business to move small bags of cocaine to his customers. When involved in a business dispute that ends in a shooting, his brother, Jad (Wissam Fares), takes the wrap and ends up in prison for the crime. Flash-forward to five years later: as his brother is being released, Ziad is trying to leave the drug syndicate behind and focus on a new restaurant venture. Instead of easily being able to pursue a more legal way of life, he finds himself set up by his corrupt boss. In a move to protect his life, Ziad kills a few of his goons and steals a large quantity of the amphetamine Captagon that was bound for Syrian rebels. Forced to think on his feet, Ziad devises a devilish plan to move the drugs after visiting one of his most loyal customers, aspiring independent filmmaker Charbel (Fouad Yammine).

Overhearing a clip from a documentary that Charbel was editing, Ziad has the idea to feign an independent production of a romantic movie in the hopes of using the film canisters to transport his valuable product undetected overseas. This leads to the dramatic shift in the tone of the film, where the seriousness of the drug caper is exchanged for a more comedic tone, often mocking the situations that the gangsters find themselves embroiled in — particularly when on set. It also serves as a satire between the correlations of the movie industry and the business savvy of drug dealers, while underscoring the type of Lebanese films that often overdramatize religious tensions for the sake of entertainment. For example, the meta jokes within the movie revolve around a fairy-tale romance between a Muslim and Christian that then spills out into real-world tension involving riots and car bombs.

Taking a bit of a cue from Argo, but bearing the casual candor of Get Shorty, this film’s vibe is charming from start to finish. Saadeh brings a vivacious magnetism as our conflicted protagonist, anchoring the somewhat more absurd situations into a tangible reality. Both the thriller and comedy elements possess a nuance and intelligence, but its momentum occasionally lags, rendering the pacing slack when certain story beats fail to connect. Yet this is a minor complaint in comparison to the overall exuberance that both the actors and filmmakers put on display while showcasing their culture and politics in a film within a film.