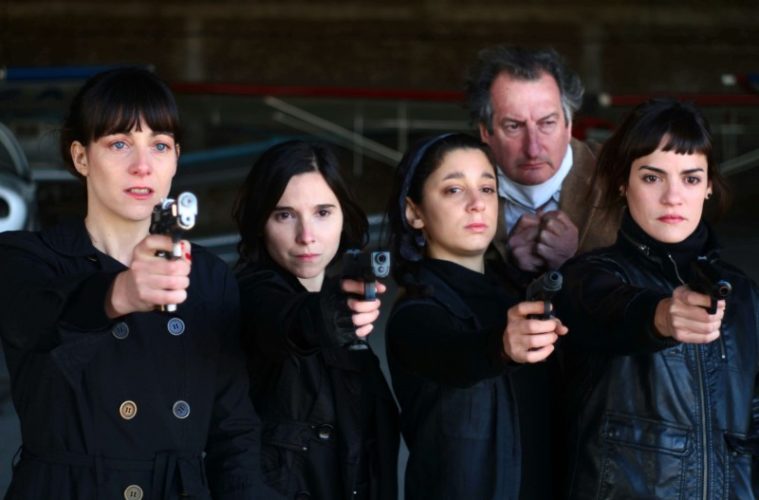 A decade ago Argentine filmmaker Mariano Llinás released his four-hour drama Extraordinary Stories, which was only a taste of what to expect when it came to his follow-up. Clocking in at an epic fourteen hours, La Flor is split up into three parts and six episodes, and after a decade-long production, it finally saw the light of day this year. Following four actresses in a variety of stories, from B-movie to musical melodrama to spy movie and more, the film screened at Locarno, TIFF, and NYFF, and now it will get a release in France in March. The first trailer has now arrived, which features no dialogue but rather a selection of enticing images from the various parts.

Leonardo Goi said in his review from Locarno, “I am starting this review of La Flor from a segment that in the film’s Borgesian labyrinthic narrative would probably go unnoticed, because I think it goes some way toward making sense of that early remark Llinás had made in the prelude, his head bent over a notebook, his hands sketching La Flor’s structure through an intricate series of lines and arrows merging into a skeleton flower. This film is about its four actresses in the sense that it is a testament to how their craft developed through time. And the feeling of awe that transpires from that late montage, the feeling of having watched four artists grow, is indissolubly contingent on the film’s colossal length.”

Check out the trailer below with a hat tip to MUBI.

La Flor opens in March in France and is seeking U.S. distribution.