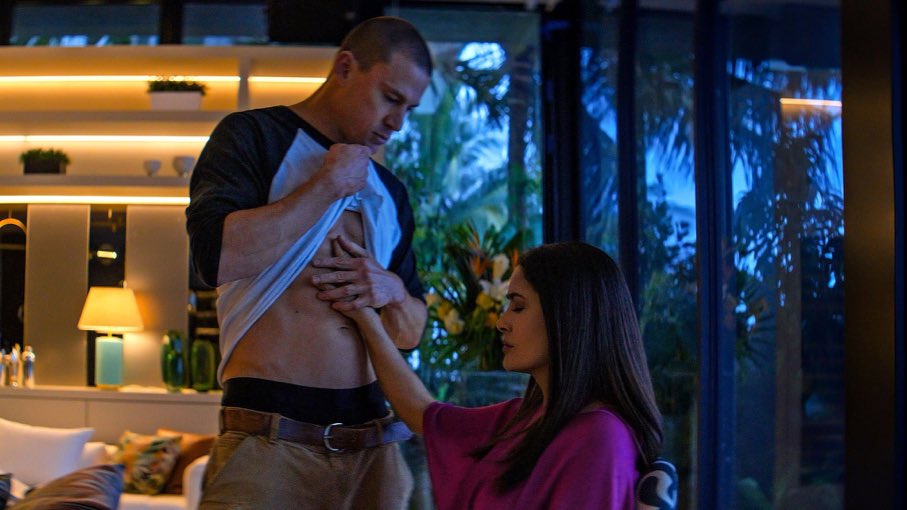 The return of Ethan Hunt isn’t the only franchise worth getting excited for in 2023. Seven years after leading one of the best sequels of all-time, Mike Lane—aka Magic Mike—makes his triumphant comeback with Magic Mike’s Last Dance. Featuring Steven Soderbergh back in the director’s chair after skipping out on helming duties for XXL, Channing Tatum is also joined by Salma Hayek. Ahead of a Valentine’s Day weekend release from Warner Bros., the first trailer has now arrived.

The official synopsis reads: “‘Magic’ Mike Lane (Tatum) takes to the stage again after a lengthy hiatus, following a business deal that went bust, leaving him broke and taking bartender gigs in Florida. For what he hopes will be one last hurrah, Mike heads to London with a wealthy socialite (Hayek Pinault) who lures him with an offer he can’t refuse…and an agenda all her own. With everything on the line, once Mike discovers what she truly has in mind, will he—and the roster of hot new dancers he’ll have to whip into shape—be able to pull it off? “

Meanwhile, Soderbergh is staying his usual prolific self, with his next HBO miniseries––in which he directed all six parts––set to arrive in 2023. Full Circle, starring Zazie Beetz, Claire Danes, and Timothy Olyphant, was written by Ed Solomon (Mosiac) and follows an investigation into a botched kidnapping that uncovers long-held secrets connecting multiple characters and cultures in present-day New York City.

Watch the trailer for Magic Mike’s final outing below.