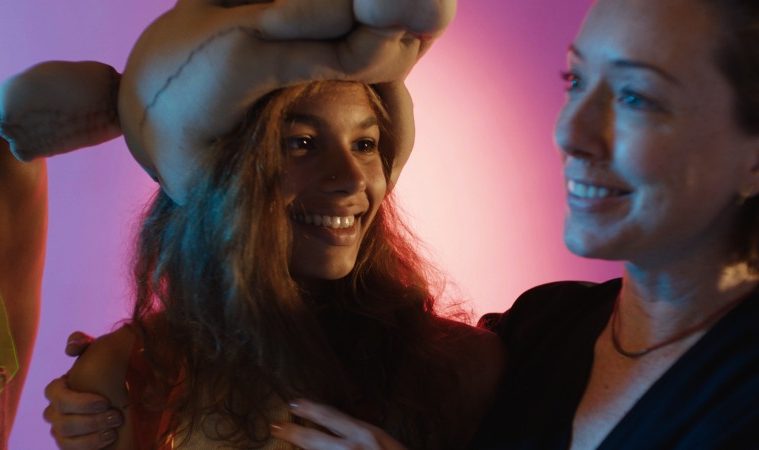 ‘Madeline’s Madeline’ Trailer: A Visionary Movie Gets a Boundary-Pushing Preview

The term “visionary” often gets acquainted with those directors working on a large scale in the Hollywood system, but it’s primarily in the arthouse and foreign circuit where works of genuine formal daring first sprout. This year’s Sundance Film Festival heralded one with Josephine Decker’s Madeline’s Madeline, which tells the story of an emerging actress whose reality and performance start to blur in surreal ways.

Ahead of an August release, Oscilloscope Laboratories have now released a truly groundbreaking trailer, which uses barely no footage from the film. Directed by frequent Flying Lotus collaborator Winston Hacking, it’s a mesmerizing blend of images and sound that perfectly conveys the headspace Decker’s film puts one in.

I said in my review from Sundance, “The greatest praise I can give Madeline’s Madeline is that, considering its sheer momentum and imaginative tackling of the complicated issue of exploitation for art’s sake, multiple viewings would reap greater rewards. With just one, it’s clear Decker has crafted a whirlwind of an experience, one that coheres in breathtaking bravado by the climax when art as therapy reaches its uncomfortable, astounding conclusion. There will never be easy answers when dealing with the soul-baring act of producing truly great art, but Josephine Decker’s film is as mesmerizing a plunge into the process as one is likely to find in modern cinema.”

Madeline (newcomer Helena Howard) has become an integral part of a prestigious physical theater troupe. When the workshop’s ambitious director (Molly Parker) pushes the teenager to weave her rich interior world and troubled history with her mother (Miranda July) into their collective art, the lines between performance and reality begin to blur. The resulting battle between imagination and appropriation rips out of the rehearsal space and through all three women’s lives.

Writer/director Josephine Decker utilizes a welcome expressionistic approach that imbues her subjects with a vibrant sense of urgency. Anchored by a virtuoso performance from newcomer Helena Howard, whose powerful screen presence commands attention, Decker’s film displays a rare sensitivity for capturing the messy struggles of discovering a sense of one’s self that defies easy narrative categorization.