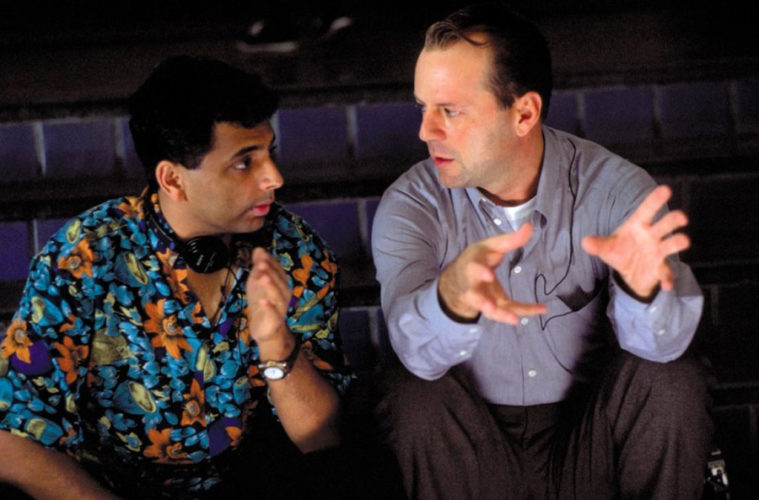 Hoping to get out of his current rut (which could very well be the entirety of the last decade, depending who you ask), M. Night Shyamalan is currently working on a new micro-budget film with very little details disclosed. Following that project, he’s looking to team with the man that helped make his career, Bruce Willis.

After their collaborations on The Sixth Sense and Unbreakable, Deadline reports the duo are set to get back together on a Labor of Love, which actually comes from one of the first scripts the writer-director sold in his career. Financed by Emmett/Furla/Oasis, the film is far removed from those supernatural works, rather following a book store owner whose wife dies in an accident and, to follow through on a promise he made to her, walks across the country. Production kicks off this fall in Philadelphia for what should hopefully be an uptick in both of their careers.

In other development news, David Gordon Green, with two films in the can (the April-bound Joe and the yet-to-premiere Manglehorn), is already looking towards his next feature. According to The Hollywood Reporter, he’s set Chris Pine for a “gritty” thriller titled The Line. Scripted by The Walking Dead‘s Sang Kyu Kim, the film follows a down-and-out patrol agent who loses his family and befriends an orphaned 10-year-old boy. After being mixed up in a cartel shoot-out, the two go on the run. It sounds like yet another shift in direction for the helmer, so we’ll have to wait and see how this turns out.

Lastly, Seth Rogen has filled out a voice cast for his Megan Ellison-backed, R-rated animation Sausage Party. As one might expect, he’s brought all of his friends along for the ride… and Edward Norton. According to The Wrap, Rogen, James Franco, Jonah Hill, Michael Cera, David Krumholtz, Kristen Wiig, Nick Kroll and Norton have filled out all the main voices for the undisclosed characters in the project.

The Pixar-mocking story, directed by Conrad Vernon and Greg Tiernan, follows a hero sausage and his new friends as they embark on a perilous journey through the supermarket to get back to their aisles before the 4th of July sale. A release is expected for 2015 via Sony Pictures.