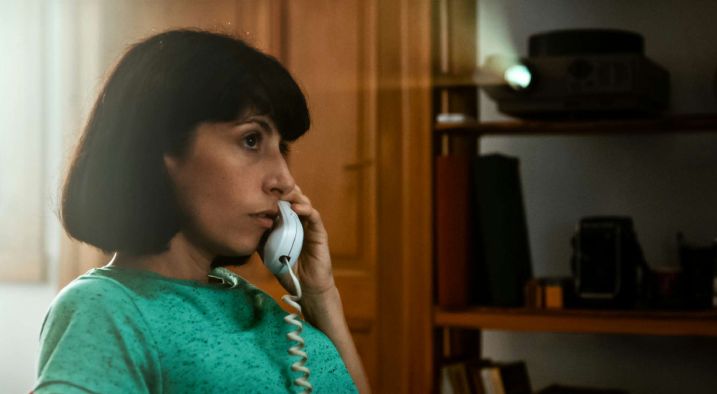 [Locarno Review] The Idea of a Lake

If made with the best of intentions to explore the always effective chestnut of memory through photographic means, it’s with great misfortune that, in the case of Milagros Mumenthaler’s second feature, The Idea of a Lake, we instead have to zero in on its predominate bad arthouse trait. Of course, this being that the film seemingly admits defeat: a narrative that circles around a lead character moving fruitlessly towards something they’ll never reach, as if we’re supposed to applaud the same vague statement over and over again.

The misguided lead in question, Ines (Carla Crespo), appearing to be in the third trimester of her pregnancy, a point where, obviously, lineage becomes a greater pressure on the mind. This isn’t helped by her strained relationship with her mother, Tessa (Rosario Bléfari); the telephone exchange that opens Idea of a Lake includes the classic parental line about only calling when you need something.

Being a professional photographer working on a book about her childhood, her mother may be a key, but the real impetus is her father, who she hasn’t seen since he perished to government hands in Argentina’s Dirty War in 1977. He’s immortalized in two photos: one the only they have together, with her as a small child, and him leaning against a truck as the masculine romantic cowboy figure.

Separating the past and present through film grain — or, one could snidely say, applying an Instagram filter — we often flash back to Ines in the nostalgic childhood glow of the ’80s, with New Order’s “True Faith” quietly humming in the background of one scene. In living a seemingly carefree life with her mother and her Superman-obsessed brother Tomas, there still lies an absence.

The look of these flashback scenes form something of a film-digital binary with the present, for instance when Ines zooms in on the photo of the father on her Macbook. (There hasn’t been a narrative film that dedicated such a long portion of its runtime to the laptop screen since perhaps David Fincher’s The Girl with the Dragon Tattoo.) But it’s seemingly unable to resist a fantastical dimension in depicting childhood, for we see multiple dream sequences: one straight out of a hokey kid’s show where a car greets young Ines in the middle of a summer swim (scored to Neil Diamond, of all things), or another in which she’s walking down an entirely blacked-out path towards her father at a desk.

There is one particularly striking sequence that’ll likely be Mumenthaler’s calling card: a night-time game of tag that ends in a held shot of fireflies filling the forest and the screen — and immediately cutting back to the present-day reality with the image of Ines’ Ultrasound somewhat undermines it.

To be more particular, while the subject matter is ostensibly political, it’s intentionally buried to not get in the way of our lead’s journey. Yet one wishes the film could move with a little more force, and that it found a way to place Ines’ memories within a specific time and place rather than tread water in the coming-of-age genre.

The Idea of a Lake screened at the 2016 Locarno Film Festival.