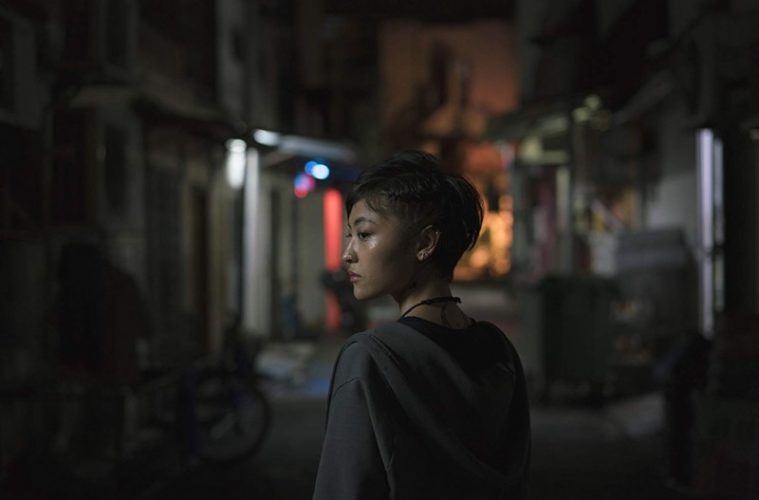 Locarno Review: ‘A Land Imagined’ is a Singapore-Set Lynchian Neo-Noir with Echoes of ‘Chinatown’

Cooked with a broth of a few too many ideas, A Land Imagined is a so-close-to-being-great Singapore neo-noir that does all the right things, but simply does too many of them in its snappy 95-minute running time. Only his second feature, Singapore-born writer-director Yeo Siew Hua was awarded the Gold Leopard in Locarno for his enigmatic new film.

His story tells of a detective who arrives on a land reclamation site to investigate how and why one of the workers disappeared. What Yeo presents is remarkable for its style and ambition but also for its scattered folly, a world of Lynchian dreams and techno-surrealism that somehow echoes both Chinatown and Wong Kar-wai. It’s also a tale buckling at the knees under all that symbolism and with at least one too many loose ends left dangling.

The opening act promises much. Thrusting an unsure foot into Yeo’s alluring world is detective Lok, the man tasked with this particular case of missing person. Lok is played by Peter Yu, who offers a great performance in an admittedly tropey sort of role–you know, the endearingly decent lawman worn down by the things he’s seen. Lok is searching for Wang (Liu Xiaoyi), a Chinese man who works construction for one of the shady companies that have been contracted to reclaim enormous sections of land off the coast of Singapore.

It’s said that while Singapore has a smaller landmass than New York City, the country has managed–at the cost of God knows how many ecosystems–to increase its size by 22% in the last 50 years. Yeo makes tremendous use of this baroque landscape (and all the cynical commercial pillaging it suggests) by dwarfing his lost characters in it in a manner that seems to suggest both Kafka and dystopian fiction. We can be sure Locarno jury president Jia Zhangke vibed particularly hard with this.

We follow Lok as he begins to retrace Wang’s steps, ending up in the motel where he usually slept, or at least tried to. He learns that Wang picked up an injury while working and, as a result of his insomnia, began frequenting the late night cybercafe across the road. It seems he had it bad for the woman who ran the place (played by Luna Kwok), an inked femme fatale with cropped hair who greets new customers by telling them that her air isn’t free. Right on.

It’s at this point that things get a bit noodly, with Yeo suddenly cranking the story back in time and into Wang’s perspective. It’s a narrative hand break turn (and it won’t be the last) that owes a clear debt to Mulholland Drive, but the dark wonders of David Lynch’s film worked on the pretense that Naomi Watt’s wide-eyed starlet had slipped, perhaps, into her own nightmare. Yeo attempts something even bolder here but can’t quite keep it together and ends up sacrificing that crucial modicum of cogency that such surrealism demands, which really is a great shame as there is so very much to love in his film; from the fine casting and breathtaking landscapes to the sultry Christopher Doyle stylings of Hideho Urata’s camerawork, and the wailing Lynchian saxophones of Teo Wei Yong’s score.

Most tantalising–and frustratingly underdeveloped–are the echoes of Roman Polanski and Robert Towne’s Chinatown, one of the best films about how a pilfering of the land might shape and even darken the mentality of that land’s people. A Land Imagined is a film about a migrant worker falling through the cracks of one of the world’s most staggering economical miracles and yet you might be left wondering what else lies beneath and beyond all that reclaimed sand.

Even writing this makes me want to revisit Yeo’s film and scavenge those darker corners. It is a work that seems to demand its audience partake in repeat viewings, but I’m not sure if it’s one that deserves them.

A Land Imagined premiered at the 2018 Locarno Film Festival and hits Netflix on April 12.