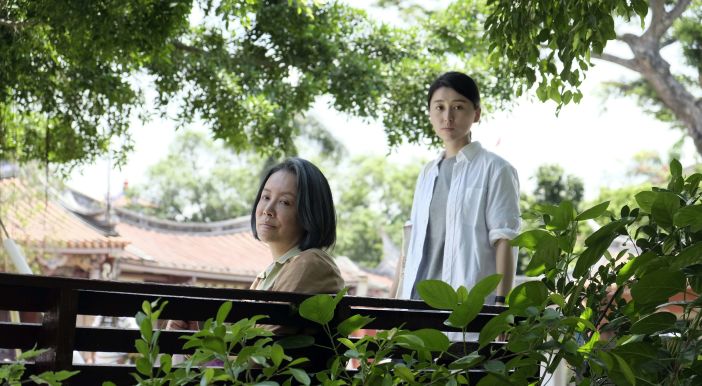 The last time that director Liang Ying released a film (When Night Falls, back in 2012) it was apparently deemed to be a dangerous enough critique of the Chinese police and judicial system that sending the cops to provoke not only Ying’s family in Shanghai but also his wife’s family in Sichuan was thought to be a fair response. It was also said, at the time, that the authorities had even attempted to buy the rights to Ying’s film in order to–as we can only assume–stop it from being distributed. So it’s no surprise then that Ying’s follow-up to When Night Falls and his fifth feature, A Family Tour, tells the story of a family torn apart as a result of similarly depressing state machinations.

Tour proves to be an incredibly loaded and angry piece of melodrama, in many ways mirroring the director’s life since the infractions took place. In his story Ying focuses on the character of a prominent filmmaker who, identical to he, has lived in exile in Hong Kong since the release of their last film, a work that provoked similar controversy five years previously.

Art basically imitating life, except that Ying chooses to swap genders for the semi-autobiographical role, casting Gong Zhe as the fictional director Yang Shu (an interesting move that allows him to also shed a touch of light on the prejudices women face in the business). Yang Shu is married and has a young son but she has not seen her mother Chen (Nai An) since moving to Hong Kong. Chen, as a tragic result, has never even met her own grandson. So when the older woman suffers a relapse of her stomach cancer, Yang hatches a plan to have Chen join a tour group in Taiwan in order to cross paths with her family when they visit the region.

Set-ups seldom come more tear-jerky than that and yet, aside from a handful of fleeting moments, Tour is anything but. I felt the sense of a director distancing his audience from his characters so as to avoid such undue sentimentality. This might be a result of the bitterness that underscores his movie but it is perhaps more to do with the rigors of his mise-en-scéne. Considering that a) Ying’s pacing borders on that of slow cinema and b) he often has his camera placed away from the actors, usually static and with very little use of close-up, it can feel as if he is viewing life like a diorama, perhaps using film as a way to re-examine the events that befell him personally while keeping focus on the bigger picture. His film seems to say that while a time may come for sentimentality, this is not it.

Yang uses her invitation to a film festival in Taiwan to explain to the authorities why she is traveling there. En route to the theater, a cabbie assumes her husband to be the director before going on to criticise her films for being too drawn-out and boring. That second part is played as a knowing laugh (and it lands) and it’s far from the only touch of humor in A Family Tour. (The package holiday team that takes Chen around are almost like a vaudeville troupe.) Each gag, however, comes loaded with cynicism and embitterment and even though Ying, more than most people, has good reason feel such things, I still found it hard to shake the sense of a missed opportunity here. It’s as if the film’s essential message has been somehow blurred amongst so many other concerns and hurt feelings.

As an example, we need to look no further than the moment when Chen first lays eyes on her grandson as she exits the bus and sees him sleeping on his father’s shoulder. She reaches out to touch him but controls herself so as not to wake the child. Ying beautifully mirrors this later on when Yang reaches out to touch her mother’s hair when she’s looking away but, once again, Ying has his character hold back. Is the state to blame for denying these loved ones that vital touch? A Family Tour is a film with the authority and justification to ask such weighted questions. It just takes an faily long and uneven road to do so.

A Family Tour premiered at the 2018 Locarno Film Festival.