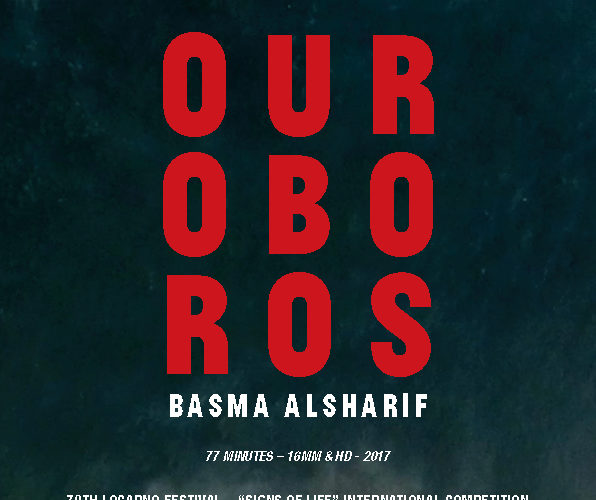 Locarno in L.A. Review: ‘Ouroboros’ Contrasts the Cycle of Violence in Gaza

The title is the conceit. The ouroboros, the snake that eats its own tail, has symbolized the cycle of destruction and creation, endlessness itself, since ancient times. Palestinian director Basma Alsharif applies this lens to her homeland, specifically Gaza, and the violence imposed upon it. There is no violence in Ouroboros, however – only its aftermath. The film opens with an extended shot from a drone (a symbol of brutality against the Middle East, here appropriated) played in reverse, first presenting waves receding from the coast into the sea and then surveying the rubble left by Israel’s 2014 war in Gaza. There is then an unbroken sequence – again, running backward – of a woman walking through an intact, rather stately home. It both contrasts survival with destruction and defies stereotypes of Gaza as monolithically impoverished.

The whole movie is built around contrast. Gaza is seen only in the opening and closing, both of which are titled “Dawn.” In between are a noon, dusk, night, another dusk, and another noon, during which a nameless protagonist (played by Alsharif’s friend Diego Marcon) traverses a house in Los Angeles, the Mojave Desert, a French castle, and the Italian city of Matera. This could represent a globe-spanning trip taken over one full day, or it could be a Billy-Pilgrim-like experience of being unstuck in time, disjointed from geography as one experiences the loop of the hours. Scenes continue to unfold backwards. Sometimes, such as when a character plays on a swing, it’s impossible to tell whether we’re moving forward or in reverse.

Gaza as a permanent state of rebuilding is seen in conjunction with various milieus exhibiting stability or renewal. The Mojave has stood barren for millennia, similar to the Levantine desert (and also similarly home to an oppressed people whose land has been occupied). And yet humans have engineered methods to survive there. Not far away, the LA megalopolis has been erected. Structures in France and Italy have been well-preserved for centuries. But Gaza is trapped, not able to rise too far before it’s struck down again.

Ouroboros is an essay on displacement, the psychological mindscape of physical removal from one’s home. The return to Gaza in the final segment feels not like a homecoming but a manifestation of eternal recurrence – of course we’d be back here. Soon we’ll leave again, but we’ll always come back. The positive view of the cycle is that it speaks to the endurance of the Palestinians. The film is not so crass as to use this as an easy excuse for hope, though. It is instead something more circumspect, and more troubling, and more memorable. It speaks a cinematic language unlike any other.

Ouroboros plays on April 7 at Locarno in Los Angeles.