Locarno Creative Director Giona A. Nazzaro on the Future of Film Festivals 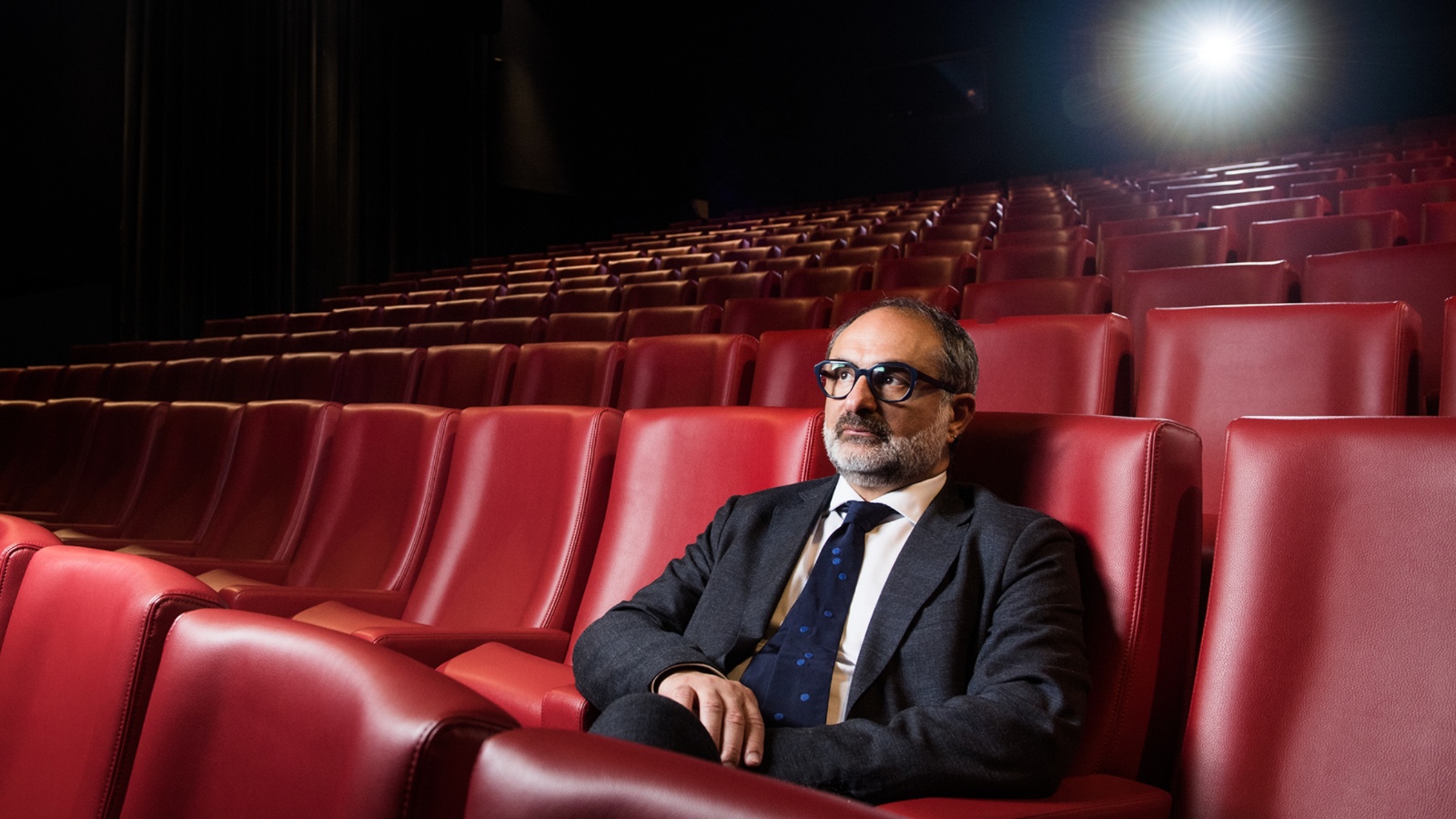 With early rollouts of vaccines offering a sliver of silver lining to this most tumultuous of years, film festivals around the world already begin anticipating some return to normalcy in 2021. Falling annually around the middle of August, just before the leaves of the gorgeous Ticino valley begin losing their chlorophyll, the Locarno Film Festival in Switzerland will be feeling more hopeful than many.

The 2021 festival will also be the first under the stewardship of new creative director Giona A. Nazzaro. A critic of 30 years, delegate of the Venice Critics’ Week, member of IFFR’s selection committee, and author of various tomes on action and Hong Kong cinema, Nazzaro recently took over the role from Lili Hinston—who helmed Locarno during the turbulent spell following Carlo Chatrain’s departure for the Berlin Film Festival in 2018 and online switch following the COVID-19 outbreak earlier this year. We caught up with Nazzaro earlier this month on Zoom to talk Tsui Hark, Heaven’s Gate, and festival-planning in the time of Corona.

The Film Stage: You have been involved with Locarno in some capacity for many years. What is your personal history with the festival?

Giona A. Nazarro: I’ve been following Locarno since the early ‘90s. The first time I went was because I wanted to see a documentary Amos Gitai had shot in Naples about Italian elections. As I’ve always been extremely interested in Gitai’s work I went to Locarno and was struck by the quality of the film community gathered around the festival, by the quality of the conversation that was going on among the people attending. Immediately I felt that the festival had something more. The community felt extremely engaged, and even though some would say that the program was quite challenging, the audience was responding to the program with a great deal of generosity: crowding the screens, even of the films directed by lesser-known names.  I was incredibly impressed. And I discovered on the Piazza Grande a double bill with an Abbas Kiarostami film, Through the Olive Trees, followed by Speed by Jan de Bont. That for me was like, “OK!,” because it transmitted the idea that you could reach different kinds of audiences and you could dare to think outside the box. And this is why I always looked at Locarno as a place where things could be happening.

Is there one highlight in those years that sticks out; a particular screening or moment?

My personal highlight? Oh yes. Watching, with Michael Cimino, Heaven’s Gate. For me Michael Cimino is like a god from Olympus that was sent down to walk on earth, I’m such a huge fan. I knew him already because I met him when he came to present his novel and he talked to me about how you need to be worthy of the mountains if you want to film them. He was not in Monument Valley because he felt not worthy of Monument Valley because of John Ford. But he was somewhere that looked a bit like Monument Valley and he told me how he was struggling with the producers, who were asking him to wrap up, but he was still waiting for the right light and he said you need to be worthy of the mountains if you ask to be filming them.

So when I finally met him again in Locarno and I was introducing the screenings of the films to the audience—Year of the Dragon and Heaven’s Gate—and when I introduced Heaven’s Gate I was bursting with emotion. This film has been so maligned, so vilified, and it’s a masterpiece. I said, “This is like Visconti and Joseph Von Sternberg and Visconti all wrapped into one film.” Then he wanted to go and he said, “Do you think I should watch a bit?” So we sat down and we start to watch the film together and then I looked towards Mr. Cimino and he was still remembering by heart all the dialogue of the film, and at a certain moment he starts weeping silently, and I saw the track of the tears running under his big glasses, and at the end of the screening he looks at me completely moved and said: “It still holds up, doesn’t it?” And I said, “Yes, sir, it does.” And he hugged me. I could have died right then, right there, and I would have been happy.

What has defined the festival or set it apart in the last decade?

In recent times it was Locarno that made Lav Diaz a household name. Risking and daring to put an almost six-hour film in competition and awarding him his first major award. I’ve always thought that Locarno was looking forward, both in Locarno with the artistic direction but also the overall festival structure was always questioning itself on how to reshape the festival form in order to be ready for the future in order to intercept tastes and tendencies.

One of your specific fields of expertise is the action cinema of Hong Kong, you’ve written various books on the genre. Are there clues here to the kind of cinema you might look to highlight in Locarno?

You are talking about things that were going on in my life many years ago. My books on Hong Kong cinema were published around ’97, the moment of the handover when the Hong Kong industry had this dramatic shift when it went back to China. And this big exodus of talent moved towards Canada and the States and Europe. So it was a different kind of Hong Kong cinema. I’m still extremely fond of those films and those artists. There’s no other word to describe them, if you consider that Zu: Warriors From the Magic Mountain has basically reinvented Hollywood cinema as we know it today, this kind of syncretic vision; this kind of non-linear editing of the body movement; this idea that cinema could be a completely sensorial experience.

For me, Tsui Hark is still one of the most crucial and important filmmakers, and it’s a pity that his legacy and work is still considered only as a kind of minor interest to specialists of Asian cinema. Tsui Hark, for me, is one of the greatest visionaries, like Georges Méliès, Orson Welles all put together. I don’t see at the moment something that could be as strong as Tsui Hark or Kirk Wong or vintage Johnnie To, even though To still goes on doing extremely interesting things. That was a different kind of community—there was a common vision that was shared, and it was extremely interesting to see how people that were coming from the traditional Kung Fu movies and the wirework aesthetic, to actually prophesize what would then become later the digital imagery. So now Hong Kong cinema is a bit in Guillermo del Toro’s movies, not necessarily in the action scenes, but in the way he uses texture, color, the emotions. In Christophe Gans’ early films, obviously. I think you need to ask the question again.

The retrospective section is a real jewel in the crown at Locarno. I wanted to ask how much your tastes might be reflected in it.

Yes. I mean, there is obviously a strong conversation going on about the retrospective because it’s not about only next year’s retrospective. You need to plan ahead. So we already have ideas that I hope will be considered extremely interesting by the film community at large. That would be extremely interesting, but as I was saying, since we are planning ahead, there are already two or three ideas on the back-burner, so this kind of interest might not be immediately manifested in the next retrospective. Because when you are planning the next retrospective there are so many energies and people involved in terms of institutions, materials, copies, work, and also creating subtitles and restoring copies. So you need to be ready, but obviously we can dream. We’re allowed to dream.

How optimistic are you that audiences or industry people will be able to attend next year?

I am reasonably optimistic. Because we had already a kind of hybrid version of Locarno this year. Venice and San Sebastian went completely offline. Rome went offline, and it is proven that in festivals and in cinemas there have not been clusters of infections.

Honestly, I found Venice totally safe in this regard.

The danger is outside. If people gather together to see a Mizoguchi film, those people are not dangerous—those people are to be cherished because they are safeguarding an idea of community, of culture, of dialogue. It’s the outside that’s dangerous, where people say I won’t wear a mask because it hurts my civil liberties. I think it’s crucial that we understand that we need to defend culture because this is a dire moment, and if we let our guard down it’s not only the industry that will be hurt—and it is already suffering: jobs are being lost, cinemas are shutting down, festivals are dying out, and professions are being lost. So we need to be extremely careful.

Can the festival survive another year of this?

It will survive, but it’s not about surviving. It’s about keeping a community alive. The festival will survive because the festival is so many things. My worry is that, if we do not have the opportunity to show films maybe someone somewhere in the world will have less opportunity to imagine the film that they would like to do. What is really at risk here are these wonderful connections between creative people all over the world that, before Corona, could meet, make plans, build up co-productions. So for me this is a whole infrastructural network that, in this moment, is in danger.

And I can imagine that in some autocratic countries, to them this is a plus. This is a kind of a gift, like, “Oh good, we don’t have these people that take our money and do the festival and criticize us all the time.” For them this is a wonderful political opportunity to be seized. We will do whatever it takes to reopen the Piazza Grande, because it’s the beating heart of the festival and we can invite over 4,000 people with all respect that is owed to the existing sanitary protocols. We can also have indoor screenings. I feel strongly the need to weather this situation creatively and joyously until we have a vaccine.