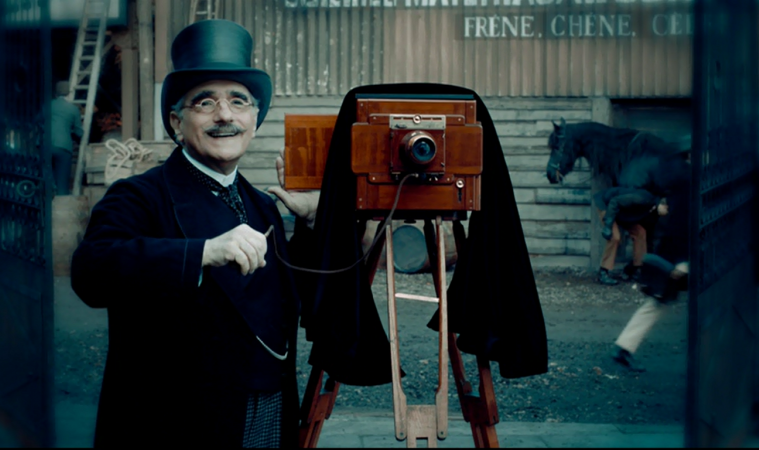 Yesterday I finally made my way to Museum of the Moving Image’s Martin Scorsese exhibit (along with a screening of Gangs of New York in 35mm) and it’s an essential experience for those in and around New York City. A comprehensive look into the career and life from one of our greatest directors, there’s everything from personal exchanges between Terrence Malick and the director to countless storyboards to rare behind-the-scenes photos to a map of the city with corresponding clips from his films. It runs through April 23, but if you can’t make it to Queens, we have a taste of it today.

First up, the exhibit features a video on the cameos the directors has made throughout his career, and now we have another version of such a  compilation. From the the most substantial in Taxi Driver to a voice-only one in The Wolf of Wall Street to his appearances in other films he didn’t direct, we even embedded his blink-and-miss-it one in last year’s Silence at the bottom of the post.

Another part of the exhibit features the director’s fascination with music, including scores (notably Bernard Herrmann’s original sheet music for Taxi Driver), soundtracks of his films, and performances captured live in documentaries he has directed. If one is looking for the ultimate dive into this side of his films, we now have a playlist featuring 235 songs that clocks in at over 20 hours, from The Doors to The Clash to Nas to Dropkick Murphys to The Rolling Stones.

Check out the cameos video below, along with the playlist, as well as a brief video on the director’s use of freeze frames. [Fandor/Thrillist]

We don’t talk enough about Scorsese’s blink-and-you’ll-miss-it cameo in the closing chapter of Silence. pic.twitter.com/NsUWJghNtK