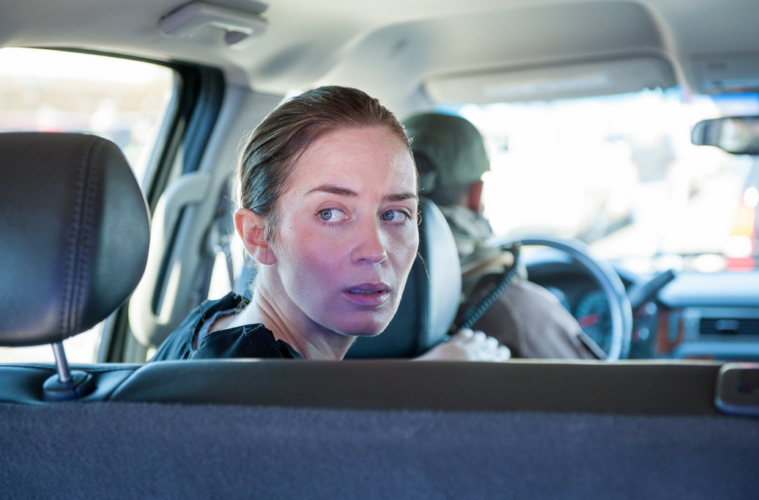 Update: Variety is reporting that Lionsgate is now developing a sequel to the film centering on Benicio Del Toro’s hitman character. While overseen by writer Taylor Sheridan, it’s not known yet if Denis Villeneuve would direct, but he’s said to be involved. Check out the original story below.

After working with director Denis Villeneuve on Prisoners, composer Jóhann Jóhannsson jumped to The Theory of Everything, which earned him an Oscar nomination and Golden Globe. He’s now returned to the collaboration with his intense score for Sicario, which perfectly matches the thrilling scenarios Emily Blunt‘s character is placed in, and it’s now available to stream in full.

“I wanted to create music that had an underlying tension and a sense of coming from below the earth, like a throbbing pulse that resonates from underground or the pounding heartbeat of a wild beast that is charging at you. I also wanted to evoke the sadness and melancholy of the border, the border fences and the tragedy of the drug war,” Jóhannsson tells Vice.

Revealing that the director first edits without a score, he goes on to say, “Denis doesn’t like to work with temp, he wants the music to evolve organically with the film. So he involves me early on in the process, before filming starts. This way, I can work on the score over a longer period and let ideas stew over time… I love this way of working, it is very open and it allows a lot of experimentation and you can take more risks.”

Check out the full score below, along with a visual mix, and watch a recent talk with the director, Roger Deakins, and cast. As an additional, the composer will also reteam with the director for the sci-fi drama The Story of Your Life, which Paramount will release in the fall of 2016.

Sicario is now in limited release and expands wide on October 2nd.