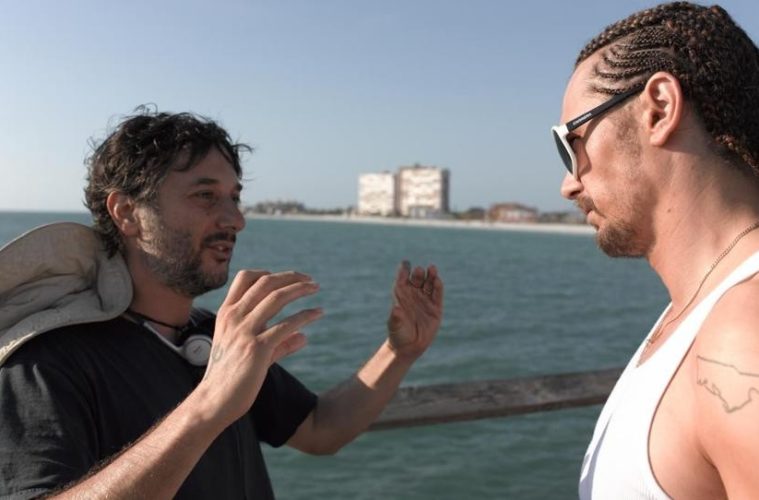 Taking in over six times its budget at the worldwide box-office a few years ago, Spring Breakers, like most of Harmony Korine‘s films, was a love-it-or-hate-it experience, but regardless of how one felt, it certainly brought new attention to the director. For those interested about his career and thoughts on filmmaking, he recently sat down with Marc Maron for a 1.5-hour discussion.

In the conversation, Korine discussed the initial images that led to Spring Breakers, how he helped formulate James Franco‘s character, his current distaste for New York City (as well as his formative years there at NYU), and how Kids came about and Larry Clark discovering him. He also touched on his next feature The Trap, which we haven’t heard an update on since early this year. He confirmed the casting of Benicio Del Toro and Idris Elba (who are the two leads) as well as Robert Pattinson and Al Pacino, with production kicking off in January.

Set in the world of Miami music, it follows Del Toro’s character who gets locked up for a robbery involving Elba’s character and nearly 15 years later is back for revenge. Korine described it as “a complete sensory bombardment,” adding “the way I feel about storytelling now is that it’s more like liquid. It has to do more with energy.” He confirms there’s still a story to be told, saying it’s a “super propulsive, pretty highly violent revenge movie.”

Check out the full conversation below as well as highlights from a 20th anniversary conversation about Kids at BAMCinematek with the cast and crew.