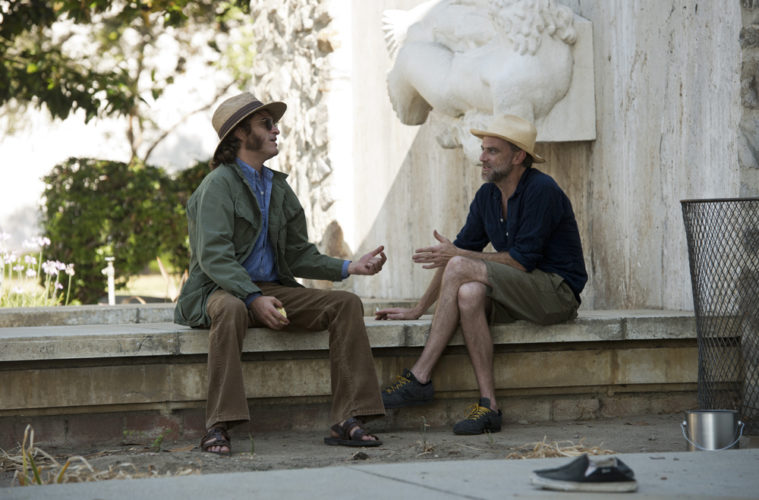 Listen: Paul Thomas Anderson Talks Adapting ‘Inherent Vice’ and ‘There Will Be Blood’ For an Hour With perhaps the best film of 2014 now finally in limited release, the layers of Inherent Vice are slowly being peeled back thanks to interviews with director Paul Thomas Anderson. Today we have two — one brief with NPR and one extensive with KQUED Radio — which dives into his process of adapting Thomas Pynchon‘s novel (as well as some talk about There Will Be Blood) as he discusses his fears and feeling of responsibility about taking on the source material, and much more.

“We were literally trying to shoot sections of the book that were not translating quite well at all,” he tells KQED Radio. “That’s frustrating for awhile and then what has to end up having to happen is that you have source material that you respect and you like, but to get it on its feet and to make it a movie you actually have to start coming up with stuff on your own and throwing some stuff out of the window and you can’t just literally make an adaptation. Then things start to flow and they kind of have a nice breeziness or mystery or humor.”

Check out both interviews below (thanks to Cigs & Red Vines) as well as a groovy Josh Brolin-centered character poster, more of which we hope are on the way.

Update: Listen to another 40-minute conversation via Studio 360.